Posted on September 7, 2012 by LighterThanAirSociety

A leading outdoor advertising company is expanding its air force by adding ad blimps to its fleet of planes that carry ad banners.

The company, Van Wagner Communications in New York, is acquiring the Lightship Group in Orlando, Fla., which operates the ad blimps, and the American Blimp Corporation in Hillsboro, Ore., which designs and builds the airships for the Lightship Group. 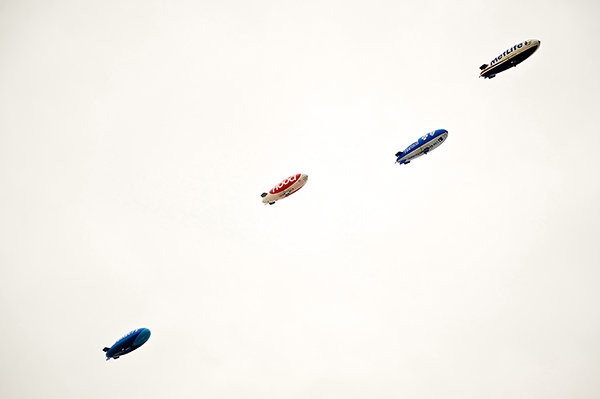 The Lightship Group’s blimps float above the United States, Britain, China and other countries, displaying logos and other pitches for marketers like DirecTV, MetLife, Hangar 1 vodka and HP Hood, the dairy products company.

Van Wagner is privately held and is not discussing the terms of the deal, but the purchase price is being estimated at many millions of dollars. Van Wagner is purchasing the businesses from a group of private investors including James Thiele, the founder of American Blimp.

The acquisition speaks to the growing interest among marketers in outdoor advertising. However, the definition of “outdoor” has lately expanded from the traditional billboard to include video screens in elevators, digital displays in shopping malls and, yes, ads in the skies; thus, some favor the more inclusive term “out of home” advertising. 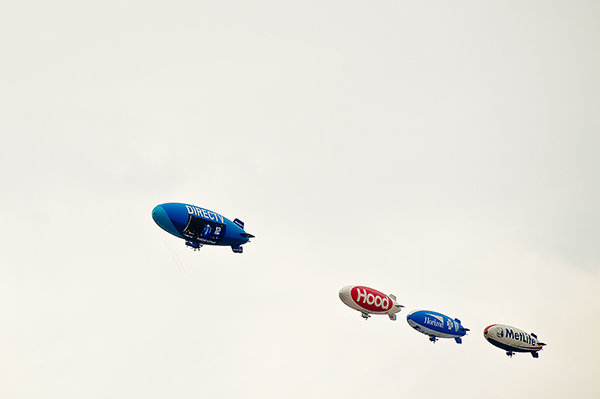 John Haegele, who is being named chief executive of the Aerial Media Group at Van Wagner, said the company started conversations about two years ago with the principals behind the ad blimps as Van Wagner looked to expand in out-of-home advertising.

“What’s more iconic in the air than a blimp?” asked Mr. Haegele, who had been the chief executive of the Sports and Entertainment Group at Van Wagner.

Although blimps are a venerable technology, they are also a new technology play in that the Lightship Group’s blimps can be equipped with full-color LED displays like the one, 30 feet by 70 feet, on one side of the DirecTV blimp.

“We want to develop that further,” Mr. Haegele said, “and add social media and interactivity.”

At the peak of summer, there were eight Lightship Group ad blimps flying around the United States. There was a mini-parade, featuring four of them, over the skies of New York City on Thursday, led by a Van Wagner fixed-wing ad banner plane. 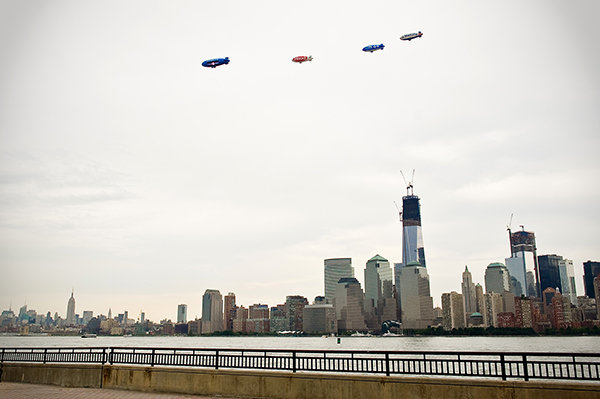 The Lightship Group has about 20 ad blimps, Mr. Haegele said, counting those in various stages of preparation, repair and flight-worthy status.