Posted on September 7, 2013 by LighterThanAirSociety 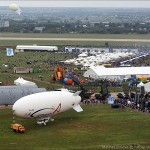 The 11th International Air and Space Salon, MAKS-2013, was held at the airport in  Zhukovsky, a city about 25 miles SE of Moscow, from August 27 to September 1 of this year. The event is mainly used to showcase Russian aircraft, as the industry tries to come back from the effects of the breakup of the Soviet Union and the relaxing of restrictions on foreign sourcing by Russian airlines.

This year’s show included some lighter-than-air aircraft. The following are some photographs taken by Marina Lystseva of fotografersha.livejournal.com of the LTA aircraft at the show. 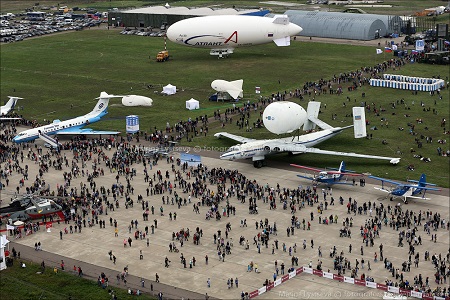 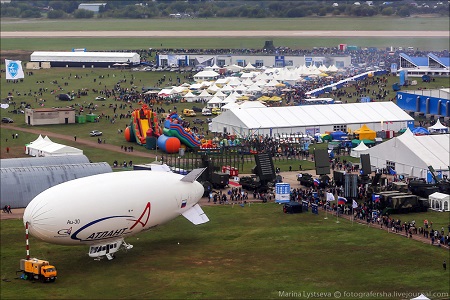 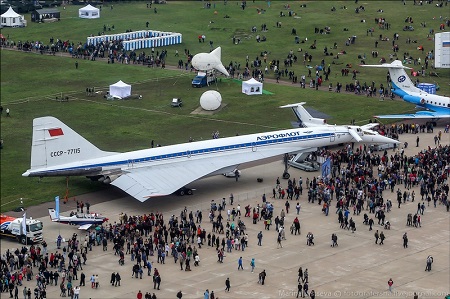 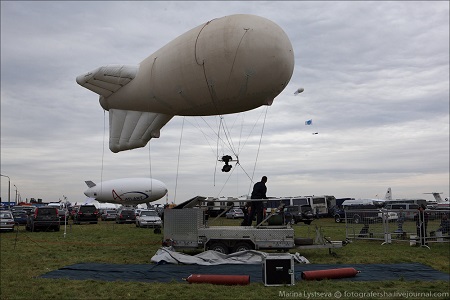 The Aviation Police deploys an aerostat with video surveillance equipment at the MAKS 2013 Air Show.

This entry was posted in Uncategorized and tagged aerostat, Au-30, MAKS Airshow, RosAeroSystems. Bookmark the permalink.