Posted on September 5, 2013 by LighterThanAirSociety 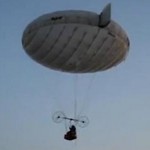 Two French pilots made history on September 4 after completing the world’s first electric-powered airship flight across the English Channel.

Gérard Feldzer, a French TV presenter and aeronautical expert Pierre Chabert took off in Iris Challenger II from Cap Gris Nez in the Pas-de-Calais at 7.30 am French time.

They completed their journey in two hours and 23 minutes landing at around 9 am in Folkestone. 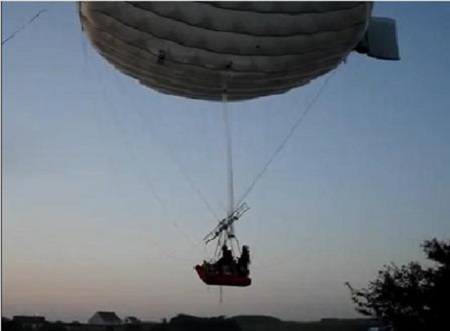 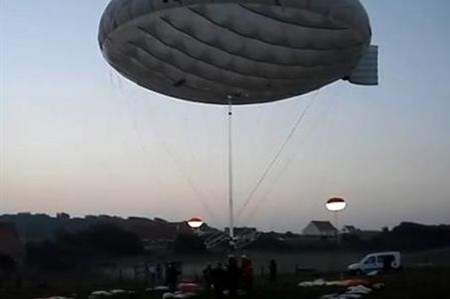 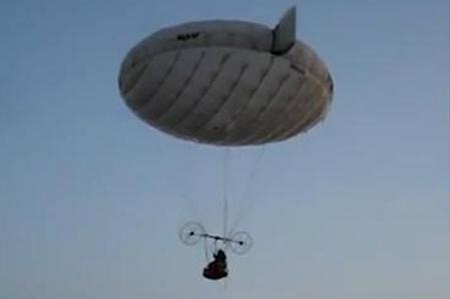 The airship looks like something out of a Jules Verne novel 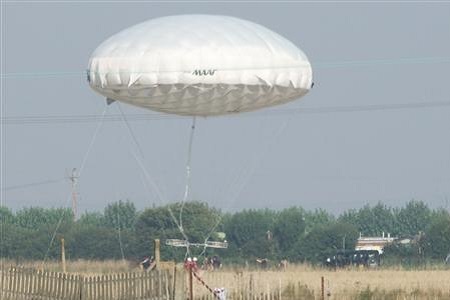 Robert Halls captured the moment history was made as the airship landed behind his house in Dymchurch
Photo: Robert Halls

Following an unsuccessful attempt in 2011, the pair are now aiming for further records.

The voyage marks the first in a series of world record attempts.

Next on the list is the speed record and then to attempt to cross the Mediterranean and fourthly a transatlantic crossing.

The following is a video of the airship taking off from Cap Gris Nez.

This entry was posted in Uncategorized and tagged airship flight across the English Channel, Gérard Feldzer, l'Iris Challenger, Pierre Chabert. Bookmark the permalink.