Posted on April 28, 2015 by LighterThanAirSociety 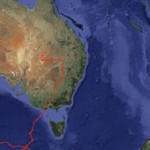 Following 32 days of flying its most rigorous test to date, NASA ended the flight of its super pressure balloon (SPB) Monday, April 27, while the balloon was at float over central Australia. 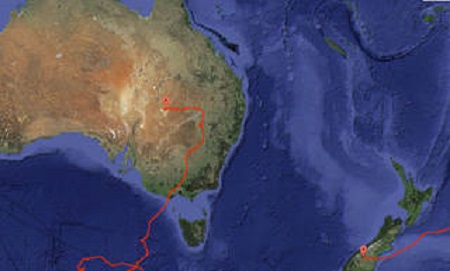 “This balloon accomplished what no other heavy-lift balloon has done by maintaining a constant float altitude for a long duration in the harsh conditions of the Earth’s stratosphere,” said Debbie Fairbrother, NASA’s Balloon Program Office Chief and Principal Investigator for the SPB. “While we hoped for more days at float, we exceeded our pre-established minimum success criteria of 10 days by threefold in the balloon’s most demanding test yet.”

A team is being dispatched to recover the balloon and payload. Officials will investigate the cause of the leak and apply lessons learned to future balloon missions.

This flight, which began March 26 EDT from Wanaka Airport, New Zealand, was the first time the SPB has flown for a long duration through the day and night cycle. Most standard heavy-lift zero pressure balloons can vary in altitudes as great as 45,000 feet (13.7 km) during the alternating warming during the day and cooling at night. The SPB, which is designed to maintain a positive internal pressure and shape irrespective of its external environment, maintained a constant float altitude of 110,000 feet for more than 30 days of flight through the day and night cycle.

The science and engineering communities have previously identified ultra long-duration balloon flights at stable altitudes as playing an important role in providing low cost access to the near-space environment for science and technology.

NASA’s scientific balloons can fly scientific payloads weighing up to 8,000 pounds for conducting scientific investigations in fields such as astrophysics, heliophysics and atmospheric research. The pumpkin-shaped SPB is made from 22 acres of material and is as large as a football stadium when fully inflated. 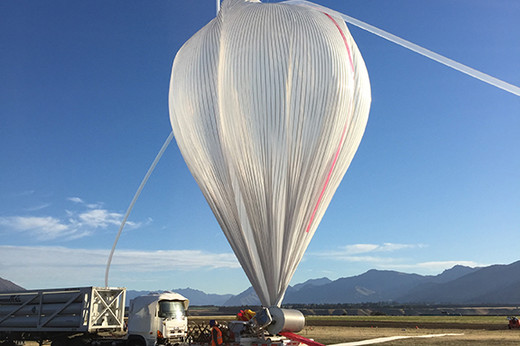