Per Lindstrand to Build Balloons in Shropshire Again 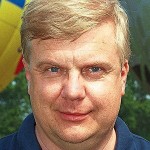 The adventurer and businessman has announced that he is to return to balloon making – 12 years after he left the trade – initially from the headquarters of his company Lindstrand Technologies in Oswestry.

Mr. Lindstrand said he hoped to employ some of the 19 people who lost their jobs when Cameron Balloons closed down his former factory in the town last week. He said he had been shocked to see the Lindstrand Balloons plant close down. 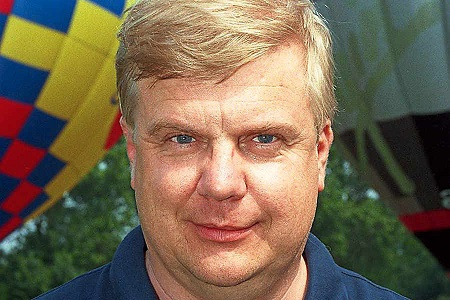 Per Lindstrand
Photo courtesy of the Shropshire Star

Mr. Lindstrand sold his interests in hot air balloon manufacturing to Cameron Balloons in 2003. The Bristol-based company retained the Lindstrand name, but closed its base on Maesbury Road Industrial Estate last week.

“Ironically it was a company I did not own any part of,” Mr. Lindstrand said.

As part of a restructuring arrangement in 2003, he sold his interests in hot air balloon manufacture and at the same time set up Lindstrand Technologies Ltd to concentrate on gas-filled balloon technology, fabric structures and other lighter than air vehicles.

But he is now starting a sales campaign with the new company – Lindstrand Balloons Ltd – to bring hot air balloon orders back to Oswestry.

“I was shocked to see my old company closed with all manufacture transferred to Bristol,” said Mr. Lindstrand. “It appears that everyone has been made redundant.

“I am now determined to recommence hot air balloon manufacture after a 12-year gap and I hope to re-employ some of the Lindstrand Balloon employees, some with many years of service who were sadly and suddenly made redundant.”