Posted on April 22, 2015 by LighterThanAirSociety 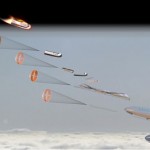 Astronauts could start exploring Venus in the not-too-distant future — as long as they stay high up in the planet’s acid-laced skies. 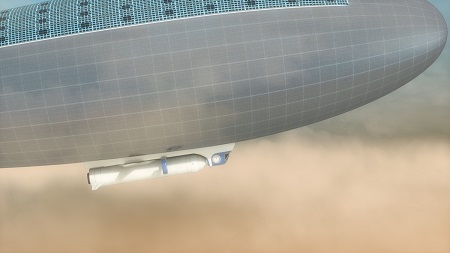 Havoc Airship in Venus Clouds. NASA researchers have come up with a plan to send piloted, helium-filled airships cruising through Venusian skies. The idea, called the High Altitude Venus Operational Concept (HAVOC), could eventually lead to cloud cities on the planet. This view shows the gondola, habitat and ascent vehicle beneath a HAVOC airship.
Credit: Advanced Concepts Lab at NASA Langley Research Center

NASA researchers have come up with a plan to send piloted, helium-filled airships cruising through the Venusian atmosphere. The idea, called the High Altitude Venus Operational Concept (HAVOC), could eventually lead to the permanent settlement of Earth’s hellishly hot sister planet, its developers say. You can see how HAVOC might work in a mesmerizing NASA video on the Venus airships.

Establishing cloud cities on Venus “would definitely be a very big technological challenge, but it is something that we envision could be possible down the road,” Chris Jones, of NASA’s Langley Research Center in Virginia, told Space.com.

Putting boots on Mars is the top long-term priority of the international human-spaceflight community. Indeed, NASA is working to get astronauts to the vicinity of the Red Planet by the mid-2030s.

But Venus is another potential target for human exploration, say Jones and his colleague Dale Arney, also of NASA Langley. At first blush, this assertion may seem surprising; the planet’s surface temperature is about 860 degrees Fahrenheit (460 degrees Celsius) — hot enough to melt lead — and its atmospheric pressure at ground level is a staggering 90 times that of Earth. 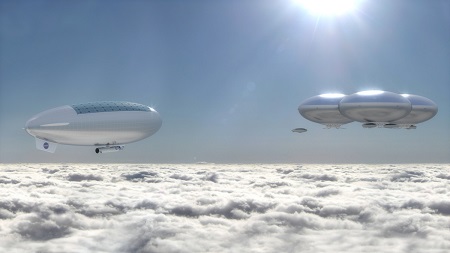 But HAVOC would avoid the surface, instead hovering about 30 miles (50 kilometers) up in Venus’ thick, carbon-dioxide-dominated air. Up there, conditions are much more manageable; atmospheric pressure is roughly what we’re used to, and the average temperature is 167 F (75 C).

Venus, which is about the same size as Earth, is also the closest planet to our own, making it the easiest (or at least the quickest) to get to.

Venus “is no worse than the second planet we would go to after leaving Earth,” Arney told Space.com. “We started with that in mind, and then we started looking at the orbital mechanics, and some of the ways that getting to Venus and living there and operating there are fairly benign and favorable. That’s sort of what kick-started this whole study.”

HAVOC remains just that — a study. At this point, NASA has no concrete plans to move the mission from concept to reality. 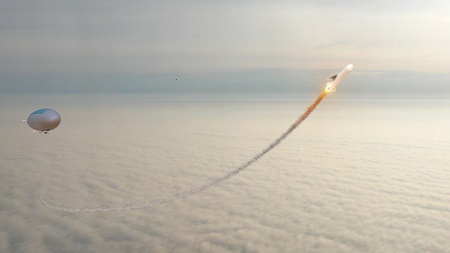 The overarching HAVOC plan envisions establishing Venus cloud cities in five phases, the first four of which would validate technologies needed for the more ambitious steps to come. 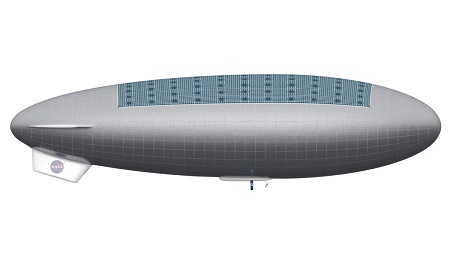 Robotic HAVOC Airship. Side view of a robotic HAVOC airship, which would be considerably smaller than the manned version (102 feet long versus 423 feet long) and lack the habitat and ascent vehicle.
Credit: Advanced Concepts Lab at NASA Langley Research Center

Phase 1 would involve robotic exploration of the Venusian atmosphere using an unmanned, 102-foot-long (31 meters) airship. In Phase 2, two astronauts would spend 30 days in orbit around Venus. In Phase 3 and Phase 4, two crew members would cruise through the skies of Venus in a 423-foot-long (129 m) airship for 30 days and one year, respectively. Permanent settlement would come in Phase 5. 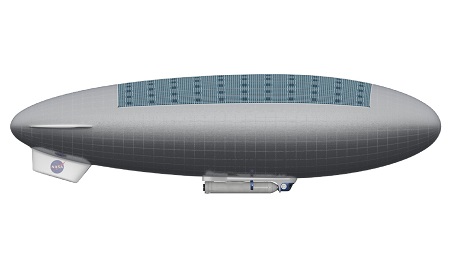 HAVOC’s solar-powered airships would fly at an altitude of about 30 miles, where they’d receive 40 percent more solar energy than Earth receives at its surface. 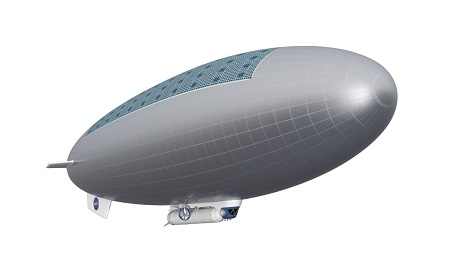 The propeller-driven vehicles would carry a variety of instruments to study Venus’ atmosphere. The manned airships would also feature a human habitat and a multistage rocket that would launch the crew members back to orbit when their time on Venus was done.

Once in orbit, the astronauts would rendezvous with a spacecraft that would take them back to Earth.

Making all of this happen would not be easy, of course. While the Soviet Union explored the Venus atmosphere with unmanned balloons in 1985 during the Vega mission, humanity has never sent a full-on airship to another world. 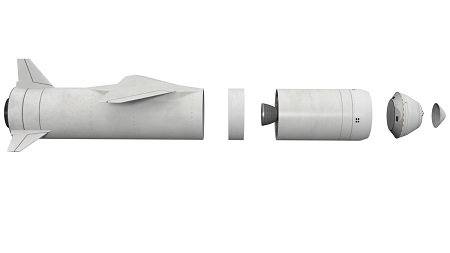 Venus Ascent Module and Rocket. The two-stage rocket that would take astronauts from Venus’ skies up to orbit. At right is the ascent habitat, where crewmembers would sit.
Credit: Advanced Concepts Lab at NASA Langley Research Center

HAVOC’s airships, folded up to fit inside a launch shroud, would enter the Venus atmosphere going about 16,000 mph (25,750 km/h). They would deploy a parachute to slow down, jettison their protective aeroshell, and then begin to unfurl and inflate with helium. If everything were to go well, the airships would settle at about 30 miles up, never touching Venus’ forbidding surface. 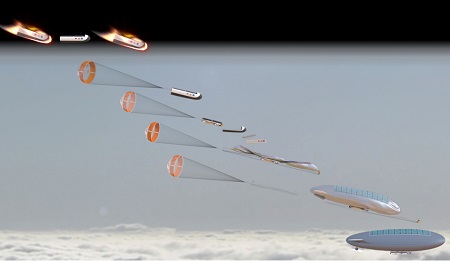 Robotic missions during Phase 1 would validate this complex entry, descent and inflation (EDI) strategy at Venus before humans would try it out.

The airships’ solar panels would also have to function in a hostile environment; concentrated droplets of sulfuric acid are common in Venus’ atmosphere. The HAVOC team has done some experimental work to identify materials that could serve as protective coatings for the panels, Jones said.

Getting back to Venus orbit from the airships poses another challenge: Venus’ gravity is similar to that of Earth, so a large, powerful rocket would be required to reach the rendezvous craft circling the planet, Arney said. (The gravitational pull of Mars, in contrast, is just 40 percent as strong as Earth’s.)

Making HAVOC happen would also involve challenges that aren’t so Venus-specific — devising reliable life-support systems for the airships and deep-space vehicles, for example.

“There’s a lot that you’re going to have to develop, regardless of what destination you go to,” Arney said.

He and Jones have not come up with an estimated price tag for the HAVOC plan; their study concentrated on performance and technological aspects of the mission concept.

“We aren’t saying, ‘Abandon all other planets and just go to Venus,'” Arney said. “We are saying, ‘If we wanted to go to Venus, what would it actually take to do that mission?'”

The airship concept has caught the attention of scientists interested in learning more about the planet and its evolution, he and Jones said. There are many reasons to study Earth’s sister planet. For example, it was similar to Earth long ago, until a runaway greenhouse effect took hold and turned Venus into a pressure cooker.

Planetary scientists “have been very excited about [HAVOC],” Jones said. “They appreciate that it involves a number of technological challenges that are not going to be overcome just tomorrow. But the fact that it does suggest a platform for motivating the exploration of Venus has definitely intrigued them.”

“When we first started this, a lot of people did say, ‘Wow, that’s crazy. You’re going to send humans to Venus?'” he said. “But once we started to do the analysis and show them where the feasibility is, it started getting some people to come around to, ‘OK, that is something that is feasible.”