Posted on January 12, 2014 by LighterThanAirSociety 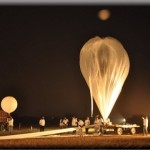 Under the High Altitude Balloon Development Project (HAA) a 61,000 m3 (2,154,000 cu ft) balloon indigenously developed in India at Balloon Facility, Tata Institute of Fundamental Research, Hyderabad penetrated into the Mesosphere for the first time in India. So far only balloons from USA and Japan have accomplished this feat. 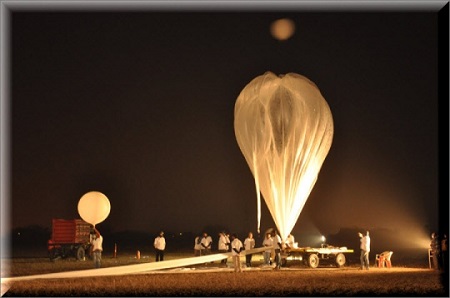 The balloon was launched at 0402 hours IST of January 7th 2014 from Balloon Facility campus located near Moula-Ali.

The balloon was launched at 0402 hours IST of January 7th 2014 from Balloon Facility campus located near Moula-Ali. The balloon reached the maximum altitude of 51.661 kilometers (32.1 miles) in 2 hours 9 minutes and created the record. The flight was terminated at 0704 hours IST using Tele-Command. All the instruments performed well during the flight. The instruments safely landed near Husnabad town, Siddipet mandal, Karimnagar district, Andhra Pradesh and the recovery crew recovered the payload intact.

This is for the first time that a regular stratospheric balloon has penetrated the Mesosphere in India.

This breakthrough will provide an opportunity for our scientists working in the area of atmospheric dynamics to conduct experiments and collect data up to 50 kilometers (31 miles). Development work on increasing the payload capability of this balloon is in progress and the next flight with payload of 15 kilograms (33 lbs) is planned during summer 2014 flight program.