First Images of a Comet from a Stratospheric Balloon

Posted on October 29, 2014 by LighterThanAirSociety 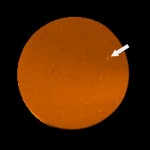 The images are the first ever taken of a comet from a stratospheric scientific balloon mission, and show that Siding Spring was undergoing an outburst event, during which it rapidly decreased in brightness over the course of just 30 minutes.

“It’s unusual to see such rapid brightness changes from the comet. It’s like the Cheshire Cat, and just as intriguing,” said Andy Cheng, BOPPS principal investigator, from the Johns Hopkins University Applied Physics Laboratory in Laurel, Maryland. “The comet was observed to have an unexpectedly small spatial extent, without a tail.” 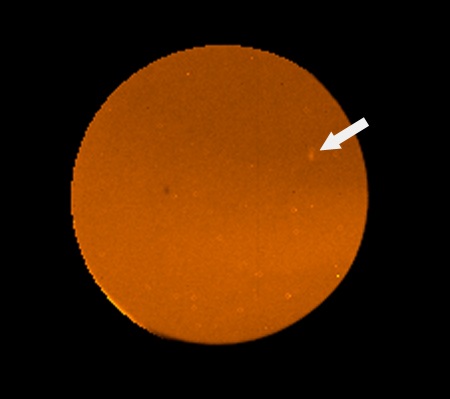 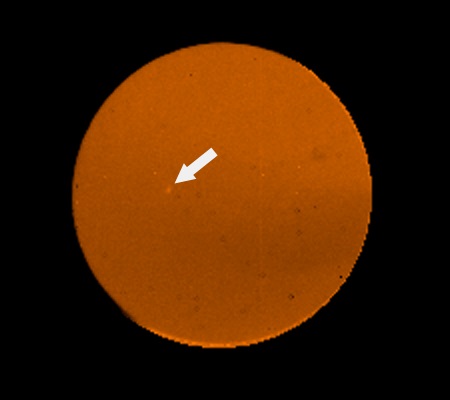 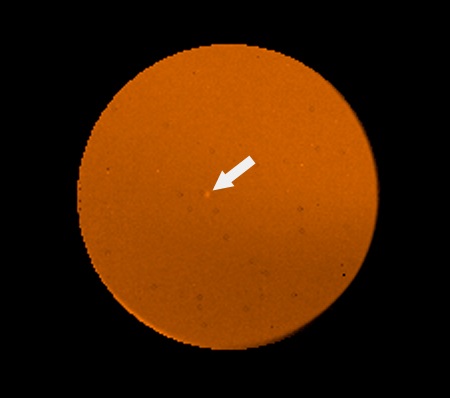 These three images of C/2013 (Comet Siding Spring) were taken by the Balloon Observation Platform for Planetary Science (BOPPS) on September 26, 2014. The comet was 114 million miles from Mars when these images were taken, approximately three weeks before its close encounter with that planet. BOPPS was approximately 127,000 feet above Earth, observing comets, asteroids and stars during its 17-hour flight.
Credit: NASA/JHUAPL

The first image shows the highest level of comet emission, mainly from dust in the comet’s coma. This rapidly fades in the next two images. The images were obtained at low elevation, close to the horizon, under twilight conditions. Gradients in the sky brightness can also be seen. “It was very difficult to observe the comet under such conditions,” Cheng said, “but to our great surprise, not only did we capture the comet, we caught it in the middle of an outburst.”

Comet Siding Spring is an Oort Cloud comet, making its first voyage through the inner solar system from a distant repository of material from the formation of the solar system some 4.6 billion years ago. BOPPS, which launched from the NASA Columbia Scientific Balloon Facility in Fort Sumner, New Mexico, was one of many instruments and spacecraft that provided an unprecedented collection of data and information on the comet.

“BOPPS has proven that balloon-borne payloads can contribute unique and exciting planetary science, and we are thrilled to have had the opportunity to observe this rare and dynamic event,” said Tibor Kremic, BOPPS project executive at NASA’s Glenn Research Center, Cleveland.

APL built and tested the gondola and its systems, including the infrared camera and telescope. The Southwest Research Institute, Boulder, Colorado, built the near ultraviolet/visible light instrument. Glenn provided management and engineering support, and the Balloon Program Office at NASA’s Wallops Flight Facility, Wallops Island, Virginia, provided the balloon systems and launch and recovery operations for the BOPPS gondola. Glenn manages the BOPPS project for the NASA Planetary Science Division, Science Mission Directorate at NASA Headquarters in Washington, D.C.