$22 million blimp to fill gap in surveillance of North Korea

Posted on October 9, 2013 by LighterThanAirSociety 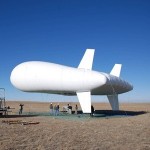 A blimp will soon be hovering over several islands just south of the disputed maritime border between the two Koreas, filling a surveillance gap.

It will allow South Korea’s military to keep a closer eye on North Korea west of the peninsula, where the provocative communist country unleashed an artillery barrage on Yeonpyeong Island that left four South Koreans dead in 2010.

“This will give us the ability to monitor what’s going on in what are now dead zones, and to see farther,” South Korea Defense Acquisition Program Administration spokesman Baek Youn Hyeong said. 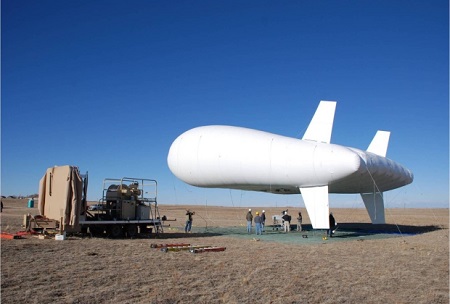 Officials are in the process of working out some technical problems with the $22 million airship, which is equipped with camera and radar equipment, but hope to put it into operation in November.

Saying the information was classified, they declined to provide details on exactly what the blimp can do. However, all indications are that it will serve much the same purpose as the tethered-to-the-ground surveillance blimps that hover over some of the larger U.S. military bases in Afghanistan. U.S. satellites and U-2 spy planes already monitor North Korea from the air.

In recent years, North Korea has repeatedly threatened to fire upon anything it deems to be an affront visible from the north side of the Demilitarized Zone — including lights strung in the shape of Christmas trees on 100-foot-tall towers, giant loudspeakers broadcasting South Korean propaganda or leaflet-laden balloons floating over from the south.

Asked whether he feared the surveillance blimp might provoke North Korea into an artillery strike on the craft, Baek said, “If they take military action by attacking it … it would be an act of provocation, and we would have to take appropriate action in response.”

Tensions between the two Koreas reached a fever pitch earlier this year after the North successfully launched a long-range rocket, conducted its third underground nuclear weapons test and threatened to attack South Korea and U.S. territory.

But relations appear to be on the mend, with the North allowing South Korean supervisors and truck drivers to cross over to reopen a joint factory complex.