Posted on October 8, 2013 by LighterThanAirSociety 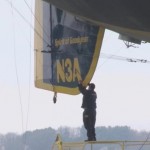 Like many Ohioans, The Goodyear Tire & Rubber Company’s Akron-based blimp, the Spirit of Goodyear, has become a “Snow Bird” and is leaving northeast Ohio’s snow and cold for a retirement in the sunshine and warmth of Florida.

The blimp, which has been based at the company’s Wingfoot Lake Hangar since its christening 13 years ago, will join The Spirit of Innovation and operate from the company’s Pompano Beach, Fla. airship base this winter before being decommissioned in the spring of 2014.

Beginning next year, the company will begin replacing the current fleet of blimps with new state-of-the-art Goodyear NT (New Technology) airships, the first of which is under construction at the Wingfoot Lake Hangar. 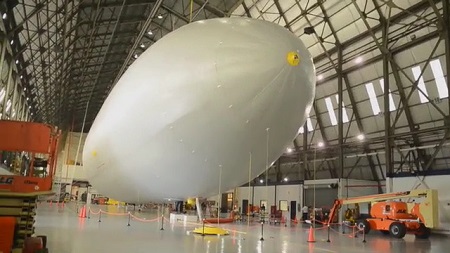 Goodyear NT under construction at Wingfoot Lake in Ohio

The airship will make farewell flights over the Akron area on Wednesday and Thursday (October 9 and 10), weather permitting, giving area residents a chance to say “goodbye” before it heads into retirement. 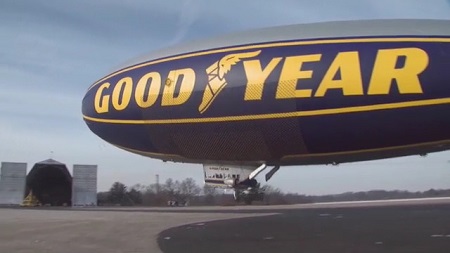 The Spirit of Goodyear taking flight at the Wingfoot hangar.

“Akron loves the blimp and we love Akron,” Ray said. “Our pilots and passengers routinely see countless people step outside of their homes and offices or pull over in their cars to watch the blimp. We wanted to make a last flight to say goodbye and give its fans a chance to wave goodbye to the Spirit of Goodyear.” 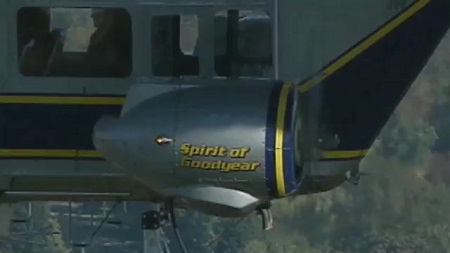 Additionally, the company is encouraging blimp fans to share their favorite stories, photos or videos of the Spirit of Goodyear on social media, including the blimp’s Facebook page, www.Facebook.com/GoodyearBlimp, or its Twitter feed, @GoodyearBlimp.

The Spirit of Goodyear will depart Akron on October 11, traveling to State College, Pa., to cover the Penn State-Michigan football game for ESPN. Afterwards, the airship will work its way south to the company’s Florida blimp base.

Christened on March 15, 2000 by America’s first woman in space, NASA astronaut Dr. Sally Ride, the Spirit of Goodyear was named to honor the company’s worldwide associates. It is the oldest of the tiremaker’s three U.S.-based blimps and the first to be replaced by the new Goodyear NT.

During its years of service, the Spirit of Goodyear has flown over countless marquee sporting events including Kentucky Derby horse races, top college football matchups and Major League Baseball and NBA playoffs. In 2004, the airship delivered the first-ever, high-definition images from a camera mounted in a blimp during a Monday Night Football contest.

Ray said the company is on schedule with the construction of the new NT airship and it should be ready for test flights in the spring of 2014. 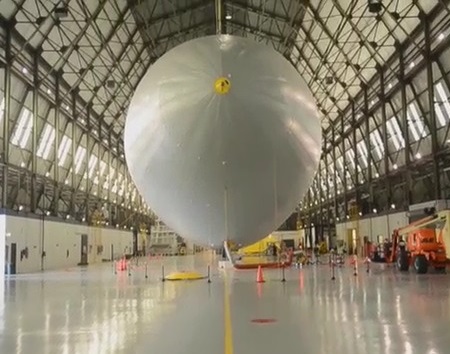 During its long operational history, Goodyear has built and operated more than 300 lighter-than-air vehicles since 1917, including two large rigid airships – the U.S.S. Macon and U.S.S. Akron. The Goodyear NT is the first semi-rigid airship to be built in the 95-year history of the Wingfoot Lake Hangar.

Goodyear, one of the world’s largest tire companies, owns and operates three airships in the United States. They are based in Akron, Ohio; Pompano Beach, Florida and Carson, California.