Posted on July 31, 2016 by LighterThanAirSociety 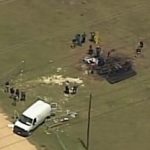 By James Cox and Yasmin Jeffrey

A fire is thought to have broken out in the basket section of the balloon mid-flight before it came down in a pasture in Lockhart, Texas at 7.40am local time, leaving no survivors. 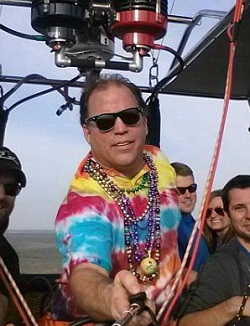 While the victim’s names are yet to be released, the balloon’s pilot has been identified as Skip Nichols, of the company Heart of Texas Hot Air Balloon Rides.

Commentators say the tragedy may well be the deadliest hot air balloon crash in America after a similar tragedy left six dead in Colorado in 1993.

Local helicopter TV images after a hot air balloon has caught fire and crashed in the US state of Texas.
Picture: Universal News And Sport (Europe).

Just under half way into its journey … the balloon plummeted to the ground 26 minutes into its hour-long flight.
Picture: Universal News And Sport (Europe). 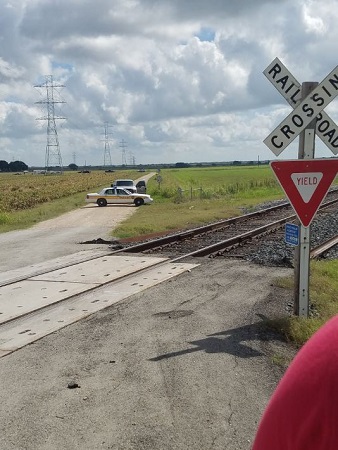 Police arrive at the scene … hot air balloon crashes with 16 people on board in central Texas.
Image: Twitter/ @MarcusonFOX7.

An official with the Texas Department of Public Safety told CNN investigators think the balloon’s basket may have hit power lines while in the air, causing it to catch fire.

The balloon was 26 minutes into an hour-long ride when it plummeted to Earth.

Crash scene … the balloon went down in Lockhart, which is approximately 30 miles from Austin.
Picture: Universal News And Sport (Europe).

The field where the balloon was found has been cordoned off by officials as the investigation into the crash commences.

County Sheriff Daniel Law said in a statement: “The balloon was occupied and it does not appear at this time that there were any survivors of the crash.

“Investigators are determining the number and the identities of victims at this time.” 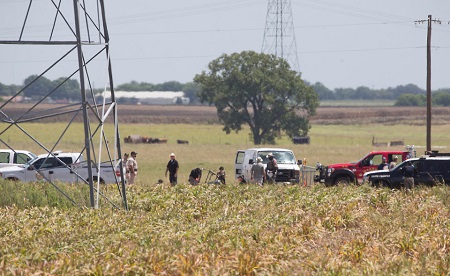 Investigators surround the scene in a field near Lockhart, Texas where a hot air balloon carrying at least 16 people collided with power lines Saturday, July 30, 2016, causing what authorities described as a “significant loss of life.”
Image: Ralph Barrera/Austin American-Statesman via AP. 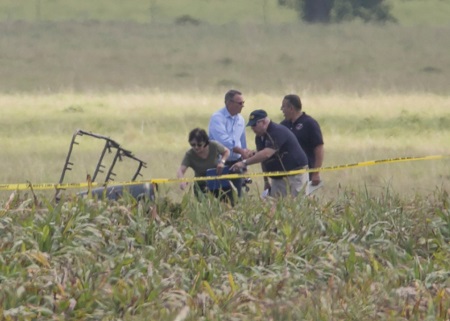 The Federal Aviation Administration and the National Transportation Safety Board are currently investigating at the scene, which is approximately 30 miles south of Austin.

Speaking to local media, an FAA spokesperson said the names of the victims will be released by local officials once relatives have been notified.

An eyewitness told how she heard a popping noise as the balloon plummeted to the ground. 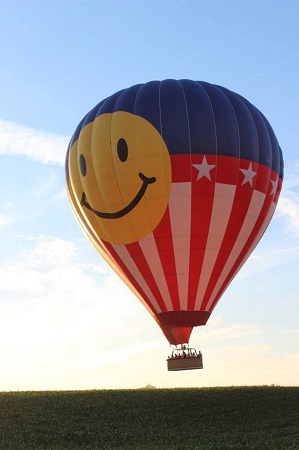 Heart of Texas Hot Air Balloon Rides … a blaze broke out in the basket of the balloon.
Source: The Sun 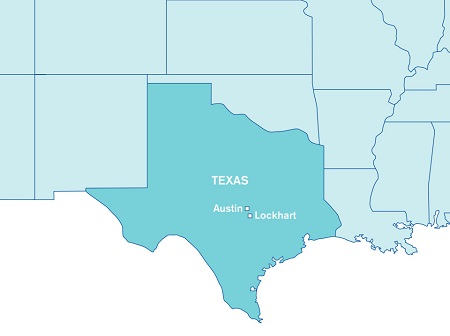 She said: “At first I heard a whooshing sound and then a big ball of fire.

“I would say it (the fireball) got up as high as those power lines.”

Texas Governor Greg Abbott has responded to the incident with a statement, calling it a “heartbreaking tragedy”. 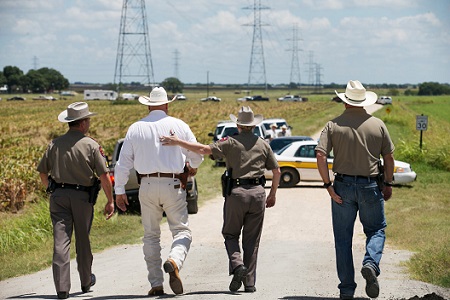 He said: “My thoughts and prayers are with the victims and their families, as well as the Lockhart community.

“The investigation into the cause of this tragic accident will continue, and I ask all of Texas to join us in praying for those lost.”