Posted on March 10, 2014 by LighterThanAirSociety 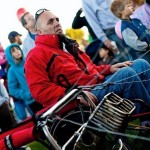 Michael Glen is happiest when he’s in his red chair, floating thousands of feet in the air and looking down at the world shrinking beneath his feet.

He’s untethered here, free from the limitations of the black wheelchair waiting for him on the ground. Nearly every morning, Glen lifts himself from his wheelchair to a custom chair attached to a six-story-tall balloon – and escapes into the sky.

He has taken it to 27 states, to Canada, to Mexico, over lakes and next to mountains. It has allowed him to go to schools in his black chair and inspire children, reminding them that they can overcome their limitations. 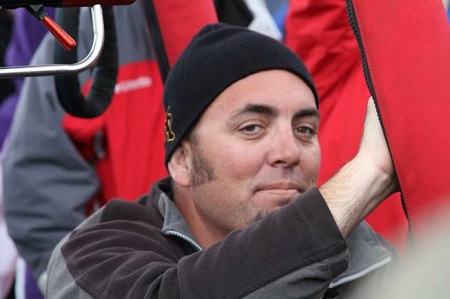 Glen, 39, is the world’s first paraplegic hot-air balloon pilot. He is an ambassador for the Christopher Reeve Foundation, and he has used his passion to motivate others throughout the country. He flew with his brother and father over the weekend at the inaugural Pahrump Balloon Festival.

“Ballooning gave me a chance to go out and live life,” said Glen, who lives in the Phoenix valley. 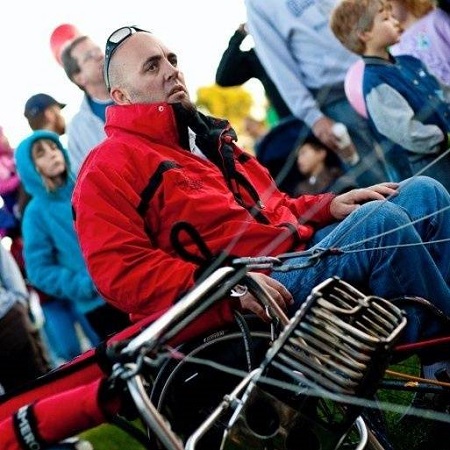 Growing up in Roswell, N.M., Glen dreamed of becoming a hot-air balloon pilot like his father. His passion started early, with his father taking him on his first ride at 2 weeks old at the Albuquerque International Balloon Festival. As a child, Glen often woke up before dawn with his younger brother to ride with his father’s balloon crew.

Glen showed off the family’s balloon at school and once took a balloon ride to a soccer game. By age 6, he knew how to fly the balloon. His family was ingrained in the ballooning community, and Glen was obsessed.

“There’s something about a balloon that brings out the 4-year-old in all of us,” Glen said. “There could be an 84-year-old man looking at a balloon all googly-eyed.”

Glen still had plans to pursue his dream of receiving his hot-air balloon pilot’s license at 21 when he crashed his car. Injuries suffered in the accident left him paralyzed from the waist down. But the ballooning community kept his spirits afloat.

Members in the Albuquerque hot-air balloon club who knew him or his father visited Glen every day after the crash. Their show of support motivated him. Within a week of his injury, he made a vow to earn his license.

“Through the support of balloonists and family friends, they made sure I stuck to my goals and achievements of everything I wanted to do and showed me I could do it,” Glen said.

They helped him through his roadblocks. The Federal Aviation Administration initially deemed him medically unfit to fly a hot-air balloon because of his disability. Rather than give up, Glen had former FAA employees and balloonists send letters vouching for his physical ability and upper-body strength. 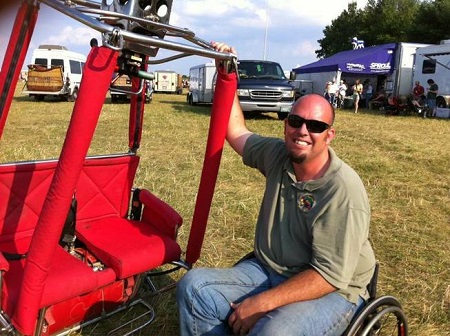 He also had to find a basket that allowed him to operate the controls sitting down. For that, he discovered the duo-chariot, which looks like a ski-lift chair and allows him to take one passenger up at a time.

Ten years later, with a few delays because of his work schedule and financial obligations, he fulfilled all the requirements and became the world’s first licensed paraplegic hot-air balloon pilot. Since then, he’s traveled across the United States with his father to balloon festivals and schools.

“(It’s a) cool experience to be able to tell people my story and inspire them that you can live life with a disability,” Glen said.

His story has motivated other paraplegics to follow in his steps. This year, Tim Ellison, who lives in the United Kingdom, became the second paraplegic to earn his pilot’s license. He too was at the balloon festival in Pahrump to fly with Glen.

“It was our family sport, our family hobby,” said Michael’s father, Bill Glen. “Now, Michael has become a motivational speaker … for kids all over world.”

This weekend was another chance to share his story to a new community and enjoy his escape into the skies. 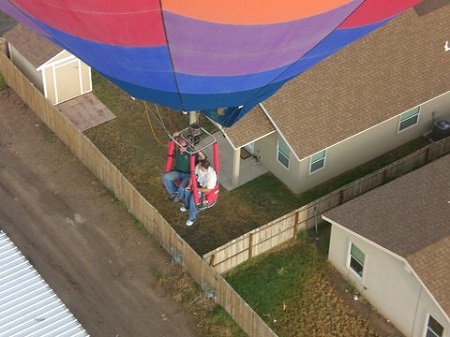 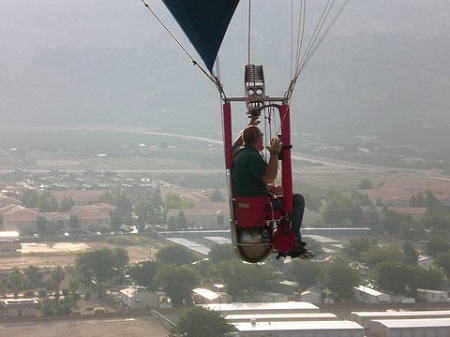 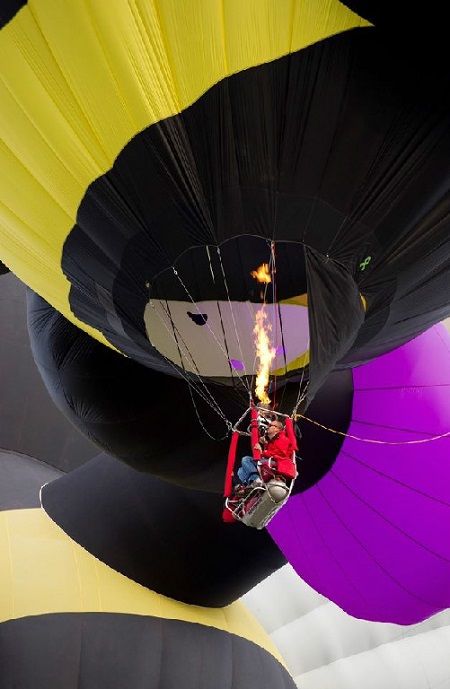