Posted on March 4, 2016 by LighterThanAirSociety 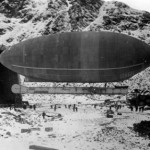 If you love tales of adventure, the “Balloons and Airships Over the Pole” lecture series scheduled for March 18 – 20 at at the Anderson-Abruzzo Albuquerque International Balloon Museum is tailor-made for you. You will learn about the many attempts, some which were successful, and others ending tragically, that explorers launched to fly over the North Pole in balloons and airships.

The programs are presented by Dr. Fred Goldberg, president of the Swedish Chapter of the Explorers Club. In 2010 Dr. Goldberg founded the Swedish Polar Institute to promote polar expeditions, produce documentaries, and develop and present lectures on the topic. He is guest curator of the philatelic exhibition, “With the Eagles Towards the North Pole” opening at the Balloon Museum on March 18.

On Friday, March 18 from 2:30 to 4pm Dr. Goldberg will present “Swedish Polar Exploration Through the Camera’s Eye 1858-1908”, sharing unique photos, some of which were the first photographs taken of the Arctic. He will also share photographs from a series of early expeditions to Sweden, Greenland, Siberia and the Antarctic.

The topic of the second lecture on Saturday, March 19 from 3 to 5pm is “S.A. Andrée’s Balloon Expedition to the North Pole” that took place in 1897. Andrée and his team wanted to be the first to reach the North Pole in a hot-air balloon. During their flight they documented the journey in diaries and photographs, all of which were later found at the team’s final camp on White Island. Amazingly, in spite of the harsh conditions under which the film was found, the photographs were successfully developed 33 years later. 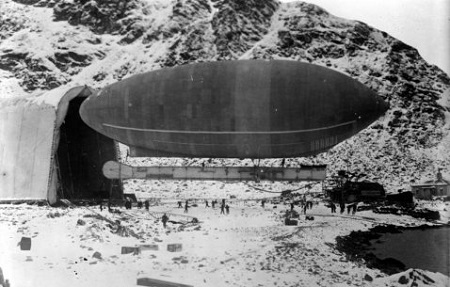 On Sunday, March 20 from 1 to 3 pm Dr. Goldberg will present “Balloons and Airships Over the Pole”. The lecture will focus on the many expeditions and their outcomes, including: the attempt to rescue the Franklin expedition; the fatal Andrée expedition; the American Wellman expeditions; the airship Norge, the first to reach the North Pole in 1926; the 1928 airship Italia disaster; and, the Aeroarctic Graf Zeppelin flight in 1931.

All three lectures offer free admission and the opportunity to explore the Balloon Museum. Donations to the Museum’s education program are welcome at the ticket booth, and reservations are not required.