Posted on March 6, 2016 by LighterThanAirSociety 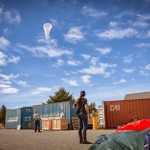 Project Loon is almost ready to team up with carriers to deliver Internet service to those who need it.

Google’s Project Loon is prepping for its biggest adventure yet: real-world testing with carriers and customers.

“We’re now in commercial discussions with telcos around the world and we’ll be flying over places like Indonesia for real service testing this year,” Astro Teller, head of Alphabet’s top-secret X innovation, said in a blog post.

Teller didn’t elaborate. But in October, Google announced deals with Indosat, Telkomsel, and XL Axiata for Internet delivery balloons over Indonesia in 2016. 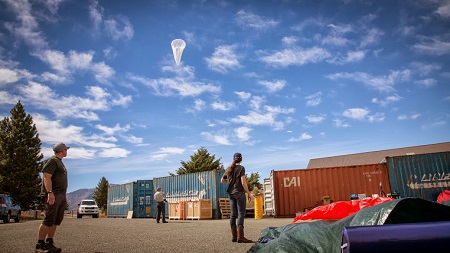 The effort hasn’t been easy. Google engineers exhausted a lot of ideas—round balloons, pillow-shaped balloons, balloons the size of a blue whale—before settling on the hot-air-balloon-like prototype in use today.

“We’ve busted a lot of balloons,” Teller wrote. “Today our balloons are doing pretty much everything we’d need a complete system to do.

“These days, with our latest balloon, here, we can navigate a two mile vertical stretch of sky and sail a balloon to within 500 meters of where we want it to go from 20,000 kilometers away. We still need to lower balloon costs, but last year a balloon made inexpensively went around the world 19 times over 187 days, so we’re going to keep going.”

Project Loon—which has completed more than 10.5 million miles of test flights over New Zealand, Australia, and France—aims to expand Internet coverage around the globe, starting in Asia. Balloons are now circling Sri Lanka, where the first of three balloons entered the airspace in February, according to The Wall Street Journal.

“Imagine another few billion people getting connected to the educational and economic opportunities of the Internet,” Teller said. “And it makes me particularly happy to see the Loon team making such a bold vision come together by making fast failing central to their work.”