Posted on October 8, 2014 by LighterThanAirSociety 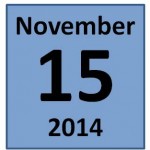 New addition to the Silent Auction:

Lockheed-Martin has again made a tour of the Akron Airdock available this year. See details here.

The Lighter-Than-Air Society will hold its 62nd Annual Banquet and Silent Auction on Saturday, November 15, 2014.

The event will take place at the Greek Community Center, Church of the Annunciation, 129 S. Union Street, Akron, Ohio 44301.

We are pleased to announce that his year’s Silent Auction will again feature a Blimp Ride for Two, donated by Goodyear Tire & Rubber.

He will give a presentation about flying Goodyear’s new, high-technology blimp-zeppelin hybrid, christened just this past August.

Dougherty, an Akron native, earned a degree in Aeronautics and Flight Technology from Kent State University in 2003. While in college, he worked part-time as a groundskeeper at the Wingfoot Lake blimp base, which further fueled his interest in airships. His professional aviation career began in 2004 as a regional jet pilot flying passengers for Continental Express Airlines. Within two years, he had advanced to the rank of captain. In March 2007, he accepted a position as a pilot in training with the blimp “Spirit of Goodyear.” By December of that year, he had satisfied the FAA requirements and earned his Lighter-Than-Air rating.

In addition to being a Goodyear blimp pilot, Dougherty – “Doc” to his friends – is a certified flight and ground instructor and is qualified in multi-engine and airship instrument instruction.

In 2011, after an 18 month process, Doc became a Designated Pilot Examiner, a title held by only a few others, all in the FAA. In this role he can check pilots for proficiency and perform flight certifications, allowing pilots to fly airships in the United States.

The banquet will also feature a silent auction, with items including golf packages at Firestone Country Club and Portage Country Club, themed gift baskets, plus a coveted Goodyear blimp ride for two.

The program also includes presentation of the Ren Brown Lifetime Achievement Award to Joan Reisig, and The LTA Society Achievement Award to the team of Goodyear Tire and Rubber Co. and Zeppelin Luftschifftechnik personnel who designed, developed, built and flew the first example of a new generation of Goodyear airship, the LZ NT 07-101, christened “Wingfoot One.” We will have a selection of airship artifacts on display – and guests are invited to share items from their collections, too.

The public is invited, but reservations are required no later than Nov. 7. Cost is $35 per person. Menu entrée options are beef shish-kabob, chicken breast stuffed with feta cheese and spinach, or vegetarian plate.

Call Sandy Bee Lynn at 330-658-4259 for more details or to make a reservation. Fill out and mail in a registration form or register online and pay with PayPal.

You may also make a donation or sponsor University of Akron students ($35.00 each).

Social hour begins at 5 p.m., dinner at 6 p.m., with program to follow. We hope to see you there!