Posted on January 31, 2015 by LighterThanAirSociety 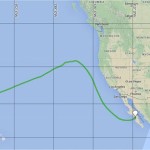 As noted previously, under the rules established for the Fédèration Aéronautique Internationale (FAI), the international air sports federation, an established record must be beaten by at least 1% of the previous distance. This mark was reached at 8:51 AM MST (1551 UTC). 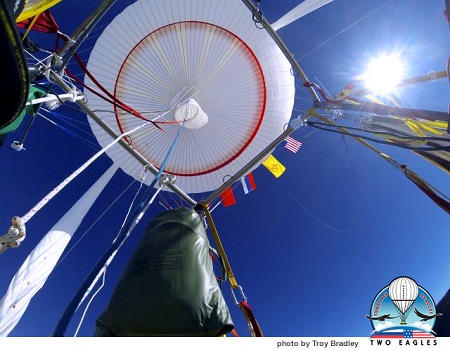 We would note that the Two Eagles team has not “broken the record.” That will be determined by the U.S. National Aeronautic Association, followed by the FAI, after a meticulous process of documentation and review that may take several weeks or months. 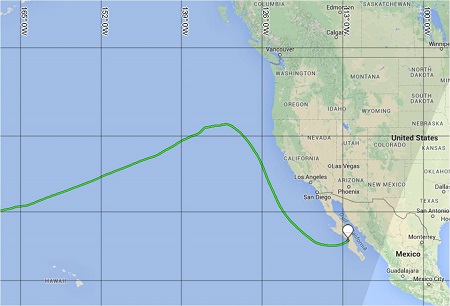