Posted on November 10, 2014 by LighterThanAirSociety 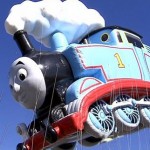 Six new giant balloons will float down Sixth Avenue in the Macy’s Thanksgiving Day Parade this year, and on Saturday they took a test flight at Citi Field in Queens.

This is the largest number of balloons ever to be added to the parade.

As CBS2’s Ilana Gold reported, 16 giant balloons and 33 mid-sized balloons will be a part of this year’s parade. 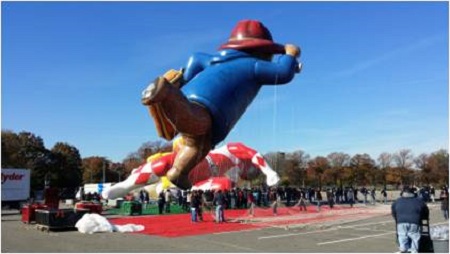 “He’s got a shiny little nose, a real happy face…and his suitcase is the size of a two-car garage,” Amy Kuel said of the Paddington Bear balloon. 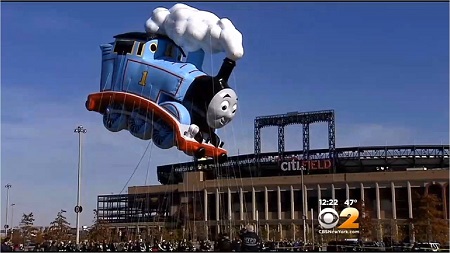 Kuel, who is the executive producer of the parade, told WCBS 880’s Ginny Kosola it’s harder to launch the balloons at Citi Field without the protection Manhattan’s high buildings provide.

“But this is a stunning day that we’re having here at Citi Field and I wouldn’t mind this day on Thanksgiving,” she said. 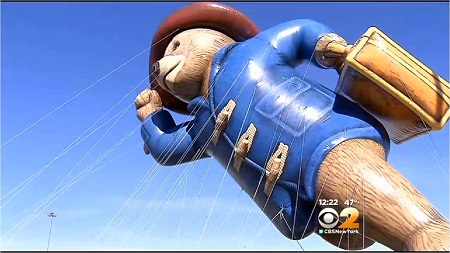 Kuel said this is the first time organizers have seen the balloons outdoors.

“If there’s a wind from the left and we see how the balloon moves, we’ll be able to work with the flight crew,” she told 1010 WINS’ Roger Stern.

The balloons took a test flight to the delight of onlookers.

The 88th annual parade will step off at 9 a.m. on Thanksgiving Day. 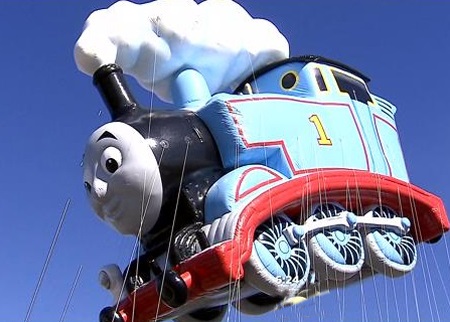 This Thomas The Tank Engine float went on a test run ahead of the Macy’s Thanksgiving Day Parade.
Image: Courtesy CBS2 New York

Crowds gathered at CitiField to watch Paddington Bear, the red Power Ranger, and Thomas the Tank Engine, among others.

“Oh it’s exciting. It’s very exciting. My granddaughter Collette is here to see Thomas go up in the air,” one spectator said.

The Thomas the Tank Balloon is the heaviest to ever participate in the parade, weighing in at over 1,000-lbs. 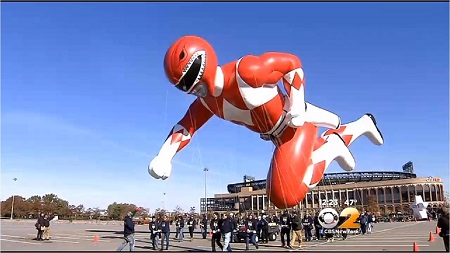