Posted on November 4, 2015 by LighterThanAirSociety 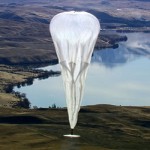 The high-flying Internet balloons dreamed up by Google will get their biggest test yet in 2016.

New ways to deliver Internet connectivity could help the billions of people who don’t have Internet access or can’t afford it.

The three largest cellular networks serving Indonesia’s 250 million people are set to get an upgrade from a fleet of stratospheric helium balloons floating 20 kilometers overhead. 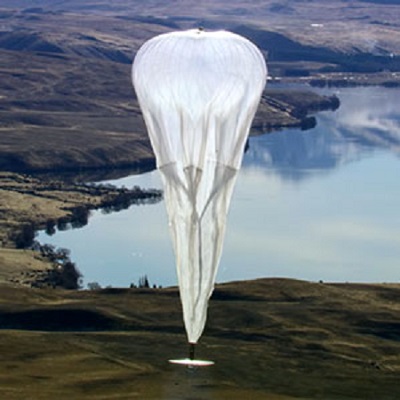 A Loon balloon during an earlier test of the technology.
Image: TechnologyReview.com

The Loon balloons, as they are called, are operated by Alphabet, Google’s recently created corporate parent. The company said Wednesday that it has signed an agreement with Indonesia’s largest telecommunications companies, Indosat, XL Axiata, and Telkomsel, for a series of trials starting in 2016 that will include providing high-speed wireless Internet service to smartphones and other devices used by the network’s subscribers.

Exactly when trials will begin, or when anyone in Indonesia might see their phone connect to a Loon balloon, is still unclear.

The Indonesian project will be the biggest test yet for an effort that originated in the Google X lab and is intended to make it significantly cheaper for wireless network operators to provide service in remote and rural areas. X Labs, as the lab is now called, is now an independent unit inside Alphabet, separate from Google.

Indonesia has the fourth-largest population of any country in the world, distributed across just over 900 islands out of an archipelago of over 17,000, making communications infrastructure complex to deploy. The country ranks 118th in the world for per-capita gross domestic product, and the World Bank estimates that just 17 percent of Indonesians have access to the Internet.

Project Loon and its three telecom partners are working on plans for a series of tests next year that will begin with small technical demonstrations and build up to using flocks of balloons to blanket large areas with Internet coverage. “If all these tests go well, then we’ll have a signal we’re ready for commercial launch,” said Mike Cassidy, who leads Project Loon, during a media event on Wednesday announcing the tests. “Today’s announcement is about trying to improve the lives of tens of millions of Indonesians.”

The Indonesian trials will test the most complex parts of Project Loon, which are required in order to provide reliable service with a fleet of constantly moving balloons. Those plans include having the balloons work together in “flocks” to maintain even coverage, and trying out a system that uses high-speed data links between balloons to extend coverage far from places where a balloon can make a link to the ground.

In many places, Indonesians have only limited or nonexistent Internet access. Building and operating cell towers or fiber-optic cables is complicated by the gaps between islands and thick tropical forests, noted Ririek Adriansyah, CEO of Telkomsel. “These areas will probably never be covered by us because it is too difficult or costly,” he said of the places that will be targeted for trials of Loon-based coverage.

The specific places where people will get a chance to sample Loon-enhanced wireless Internet have not yet been decided, though, and the companies involved say it is too early to talk about how exactly the service will be offered or priced to consumers during trials or in future. Another unknown is how many people will be able to use the service, because Loon balloons use high-speed LTE wireless technology, which is only just starting to penetrate the Indonesian market.

Google co-founder Sergey Brin predicted at the event that Loon could be applicable to more than just relatively poor countries, and could even help fill coverage gaps in the U.S. “I think this technology’s suitable for most countries,” he said. Loon balloons have also been tested with telecommunications companies in Australia, Brazil, and New Zealand.

Loon balloons are made from thin plastic similar to a heavyweight trash bag, and they carry a payload of electronics and communications equipment powered by a solar panel.

The only control Google can exert over these balloons after they have been launched is to adjust their altitude. But they can be steered around the globe by moving them up and down in the stratosphere to exploit the way that winds blow at different speeds and directions.

Google uses a complex computer model of global stratospheric wind conditions to plot how to launch and steer its balloons so as to ensure there are always enough in the right place to provide service. Cassidy said that his team has shown that balloons can travel over 10,000 kilometers and get to within 500 meters of their target destination.