Posted on September 20, 2016 by LighterThanAirSociety 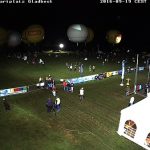 As of 6:00 PM, CET of September 20, there are seven teams still competing, out of 24 that originally launched near midnight on September 18. The remaining teams (in order of distance flown) are: Spain 1, Switzerland 2, Switzerland 1, Austria 1, Poland 2, Poland 1 and Germany 1.

Three balloon teams have landed this morning, the first to land during the Coupe Aéronautique Gordon Bennett 2016. They are: GBR-01, AUS, and SUI-03.

Event director Stefan Handl said the teams had to land because of late-notice military airspace. A military NOTAM (notification to airmen) was issued at 6am (CET) today, which covered an area of Belgium, Netherlands and Germany. The Notam was in place due to a military exercise that is taking place today. In this instance it would not be possible for balloons to enter the airspace, therefore they must land.

The pilots of all three teams have landed safely and reported back to the competition HQ.

After a two day delay due to weather conditions, the balloons are launching from Gladbeck, Germany.

During the competition the progress of the teams can be tracked on the FAI’s website: http://gordonbennett.aero/live 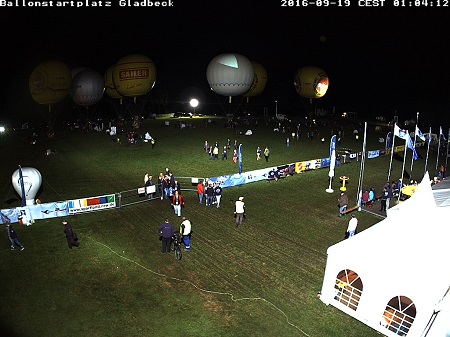 Screen shot of the live webcam broadcast of the launch from Gladbeck, Germany.
Credit: GordonBennett.aero