You Can Now Drink Gin in a Flying Cucumber

Posted on April 14, 2015 by LighterThanAirSociety 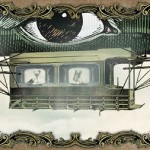 Dedicated “unusualists” know that William Grant & Sons’ Hendrick’s Gin is no stranger to over-the-top brand events…that being said, this is their craziest (and coolest) venture yet.

We’ll start with this. When you pour your Hendrick’s over a few cubes and take that first tongue-tingling sip, you’ll probably notice its uniquely fresh flavor. Some, (the company included) champion the sensation as “peculiar,” a taste created by the infusion of rose and cucumber in their Scottish distillery. This year, Hendrick’s is taking their markedly over-the-top events to the next level, all in celebration of that very hint of cucumber in every glass.

Beginning in Los Angeles on April 13th,  Hendrick’s Air will introduce the Flying Cucumber, an airship granting rides to select few on its journey from coast to coast. “We have been continually surprised by the odd popularity of our unusual cucumber-infused gin,” explained Hendrick’s National Brand Ambassador Jim Ryan. “Hendrick’s takes the oddity of life and celebrates it. We’re boldly sharing what’s unusual about us, and celebrating what’s peculiar about you.” 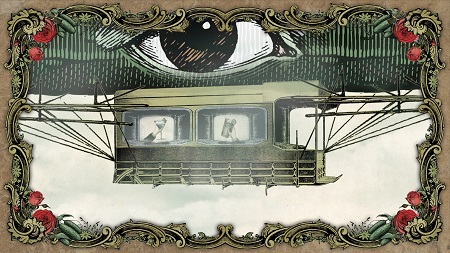 The Flying Cucumber, created with Van Wagner, comes in at 44 feet tall and 130 feet wide and will, in addition to Los Angeles, visit San Francisco, Austin, Dallas, South Florida, New Jersey, New York, Philadelphia, Boston, Ann Arbor, Indianapolis and Chicago. It maintains a speed of 35 mph (unless tethered) and wanders at a sub-1000-foot cruising altitude for soaking in the views. Brand parties and dinners will be held in San Francisco, NYC and Chicago. “As we see it, flying in excess of 500 miles per hour becalmed by such conveniences as in-flight TV and noise-canceling headphones feels no different than sitting in one’s living room. We are offering a return to the true glamour of flight.” 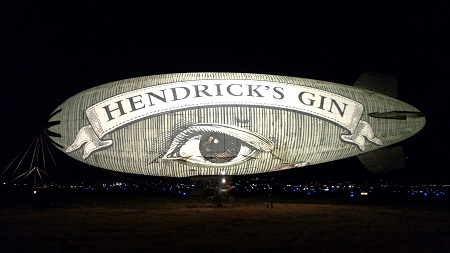 Want to go for a ride? Snap a photo of the Flying Cucumber as it cruises over your town and post it to Instagram or Twitter with the hashtags #HendricksGin #CucumberChallenge, and you could win a sky-high cocktail in your area. If you’re out of range, never fear…you can still win plenty of prizes by photographing an unusual place and posting using the same hashtags. 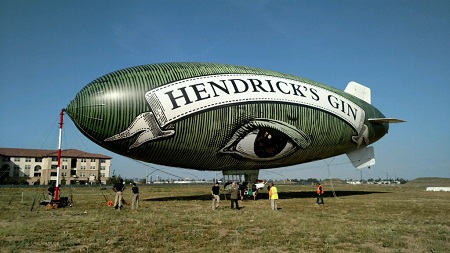