Posted on December 9, 2015 by LighterThanAirSociety 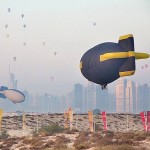 Castles of the sky: early morning airship racing in Dubai

Like a cross between a giant bouncy castle and a dinosaur, airships are one of the least well-known craft taking to the skies here at the FAI World Air Games in Dubai.

There are only four of these specialized aircraft competing, and you have to be up early to catch them. Lithuania, Russia, Poland and Sweden are all taking part. 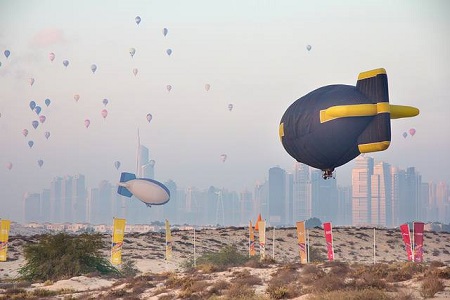 Two hot air airships in flight. In the background the Dubai skyline and a large number of hot air balloons participating in other competitions of the World Air Games.
Photo courtesy of FAI.

“Airships are blimp shaped, which makes them more aerodynamic than balloons, and the pilot sits in an airship cart, not a basket or gondola,” he said. 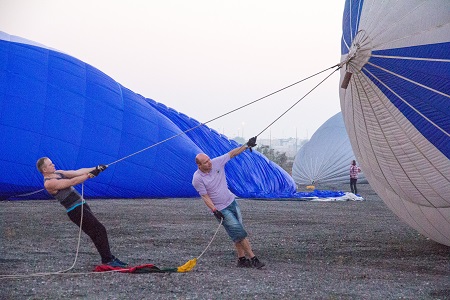 An airship is held by the ground crew as the air is heated to achieve buoyancy.
Photo courtesy of FAI.

“The pilot sits in the cart underneath and operates the burner by remote control. He then has control lines left and right which operate the huge tail, which works like a rudder in the air.” 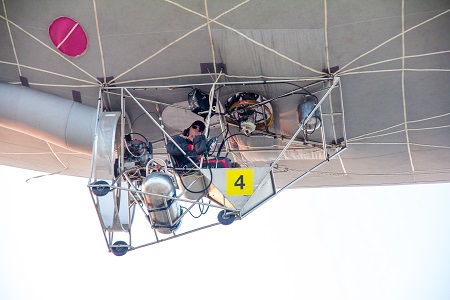 The pilot sits in a cart suspended below the hot airship.
Photo courtesy of FAI.

The effect to the observer can be conflicting. With a blast of orange and the familiar roar of propane gas the graceful envelope inflates and starts to rise, but below it an engine rattles away noisily while the propeller providing the thrust adds a piercing whine. “Watch the prop,” quickly becomes a familiar refrain.

As they float skywards, the pilots in their carts look like romantic aerial adventurers from a Disney movie. It looks… eccentric? Event director Les Purfield gives a wry smile while watching the airships navigate a turn. “It attracts a certain type of pilot. Almost all start out as hot air balloonists and then migrate.”

Behind us, almost 50 hot air balloons float silently over the city skyline on an early morning training flight. In front of us, the airships are slowly pushing forwards, nose down, sometimes no more than three meters from the ground.

Taking advantage of the first light of the day and the stillest air possible, the four pilots competed on three tasks this morning. The first was a pylon race – two laps of a 4km circuit. 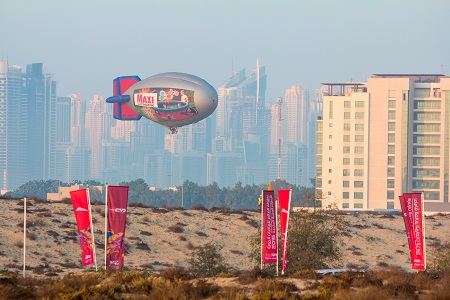 Pilots have to navigate through a pair of inflated pylon start gates, then have four minutes to complete four tasks.
Photo courtesy of FAI.

The second was the line task, where pilots have to navigate through a pair of blow-up pylon start gates then have four minutes to complete four tasks low to the ground. First drop a marker onto a target (in today’s case an inflatable paddling pool); then pick up a bottle of water from a high table; next put the bottle back down on another table; and finally drop a second marker onto another target before passing through a second set of gates. 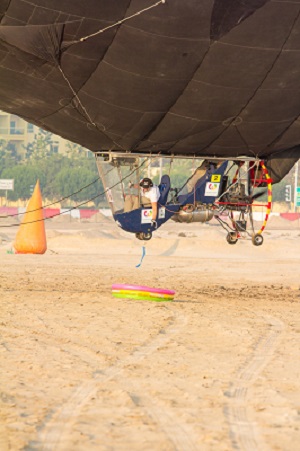 Dropping a marker on a specified target.
Photo courtesy of FAI. 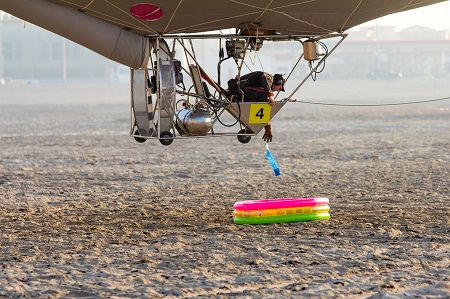 Some tasks are performed at less than 3 meters above the ground.
Photo courtesy of FAI.

Float in too high to pick up the bottle or too low and take out the table, as one competitor did, and your score suffers. The third task was called ‘Mixed Salad’ and involved a touch-and-go and target landing. The whole event takes about 90 minutes and is over by breakfast time. 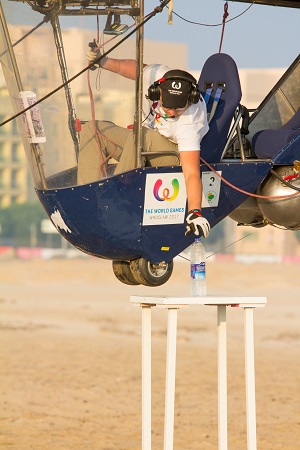 A bottle is picked up from one table and then placed on another table.
Photo courtesy of FAI.

Victory for Poland in the hot air airships 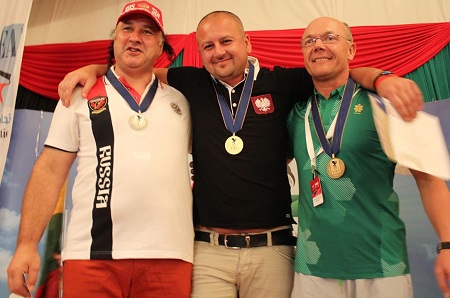 Mikhail Bakanov from Russia finished in silver position, and the bronze medal made a fabulous birthday present for Lithuanian Rimas Kostiuskevicius.

Full results of the competition: 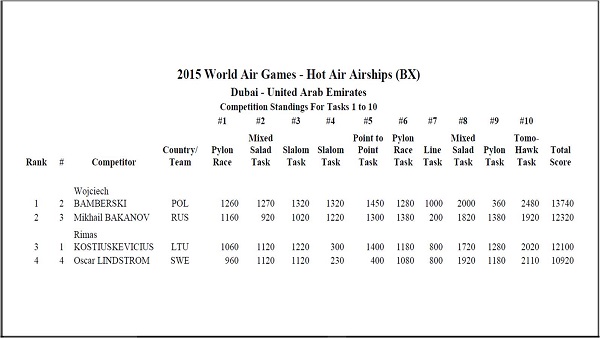 Gold medallist Bamberski, who has been piloting airships for more than a decade after being taught to fly by his father, said: “This is my first ever gold medal. It feels amazing!”