Posted on March 11, 2015 by LighterThanAirSociety 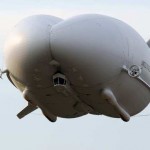 Rep. Tom Rooney (R-Fla.) and Rep. Brad Sherman (D-Calif.) have launched a cargo airship caucus in the House to encourage airship development for military and civilian use.

“Recent advances in airship technology are exciting, and the caucus will help illustrate the breadth of benefits enabled by cargo airships’ efficient and infrastructure-independent operations,” said Rooney in a March 5 release with Sherman. Those benefits include the potential of airships to carry large cargo payloads over great distances and at a fraction of the cost of fixed-wing aircraft, they wrote. Plus, airships can reach remote locations inaccessible for maritime traffic and traditional aircraft, and they require less ground infrastructure support. “[Airships] have enormous potential to enable economic development opportunities and accelerate export logistics, expand US capabilities in disaster relief response, and drive greenhouse gas reductions in aviation,” said Sherman. The two lawmakers said they are beginning to recruit caucus members and are planning the group’s first meeting.​​​