Posted on April 27, 2017 by LighterThanAirSociety 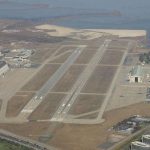 The Google co-founder is building an airship in a hangar near the company’s headquarters, Bloomberg reported. 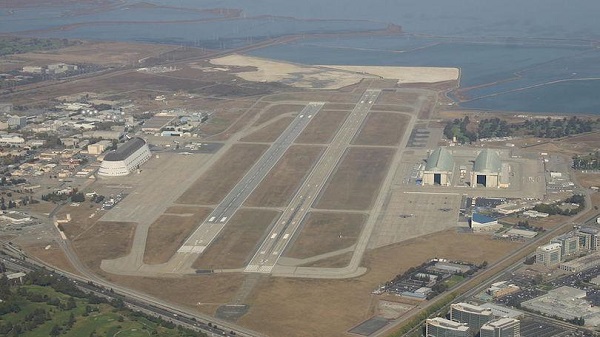 Google’s presence at Moffett Field (pictured above), a former air base and NASA research facility located three miles from the search giant’s headquarters in Mountain View, Calif., has long been controversial, and is also apparently secretive, according to a Bloomberg report that suggests Google co-founder Sergey Brin is building an enormous dirigible there.

Google’s parent company Alphabet took over management of the 1,000-acre site from the government in 2015, but Brin, his fellow co-founder Larry Page, and Alphabet CEO Eric Schmidt have long housed their private jets there, facing criticism in 2013 for accepting steep discounts on jet fuel from the federal government for their private fleet.

The executives have also contributed to scientific research at Moffett, striking a deal for NASA to use their planes during their downtime in exchange for the privilege of parking them in government hangars. And now that Alphabet manages those hangars, one of them is giving birth to Brin’s giant airship project, according to Bloomberg.

Citing people familiar the project, Bloomberg reported that the craft’s metal skeleton already exists inside Moffett’s Hangar 2. Former NASA aerospace engineer Alan Weston is leading the project, which isn’t part of Alphabet. The company’s Planetary Ventures arm, which manages the hangars, could not immediately be reached for comment on Wednesday, and Brin declined to comment on his airship plans, according to Bloomberg.

It’s also unclear what else Alphabet is currently working on at Moffett, beyond vague details announced in 2014 when Planetary Ventures took over the hangars, which included investing $200 million to restore them and open an educational facility for the general public to learn about Moffett’s history. It is that history that prompted Brin’s interest in dirigibles, according to Bloomberg, which reported that Brin decided to build one after he saw old photos of the Macon, a US Navy dirigible built at Moffett in the 1930s.