Posted on April 7, 2017 by LighterThanAirSociety 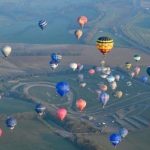 A fleet of hot air balloons claims to have set a new world record for the number of craft to have crossed the English Channel – but Guinness World Records says the new milestone will not stand unless they fill out the necessary paperwork.

The cohort of 85 hot air balloons flew from Dover to Calais early on Friday morning, in an attempt to beat the current world record for the largest group of air balloons to cross the Channel, which stands at 49.

The voyage began at 6.10am on Friday morning and landed safely in Calais less than three hours later, after flying across the busiest shipping lane in the world.

But their efforts may now have been in vain, with Guinness World Records revealing that the event’s organizers did not make a “formal application” before making their trip, and will need to submit official evidence before they can be considered. 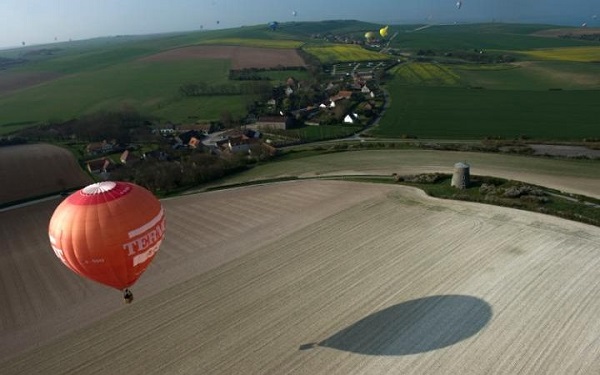 The organizers are “liaising” with Guinness to ensure their achievement stands.
Credit: Victoria Jones/PA

The event’s organizers have now said they are liaising with Guinness to ensure their achievement stands, and will be submitting a retrospective application.

The world record attempt was backed by marketing group Exclusive Ballooning and recruitment agency Daturm RPO, both of whom sponsored the last attempt in 2011.

James Strickland, director of Datum RPO, said: “Having flown balloons all over the world, taking part in cross-channel flight in 2012, I can honestly say there is nothing quite like it, it is truly amazing.”

A Guinness World Records spokeswoman said the organization hopes to “help celebrate” the record, once the necessary evidence has been processed.

She said: “When Exclusive Ballooning’s application is received, Guinness World Records will review the evidence so that we can verify the attempt as we would love to confirm that this is indeed an official record, and help celebrate their achievement.”

Clusters of the participating balloons began touching down on French soil shortly before 10.30am, having successfully completed the 26-mile voyage across one of the world’s busiest shipping channels. 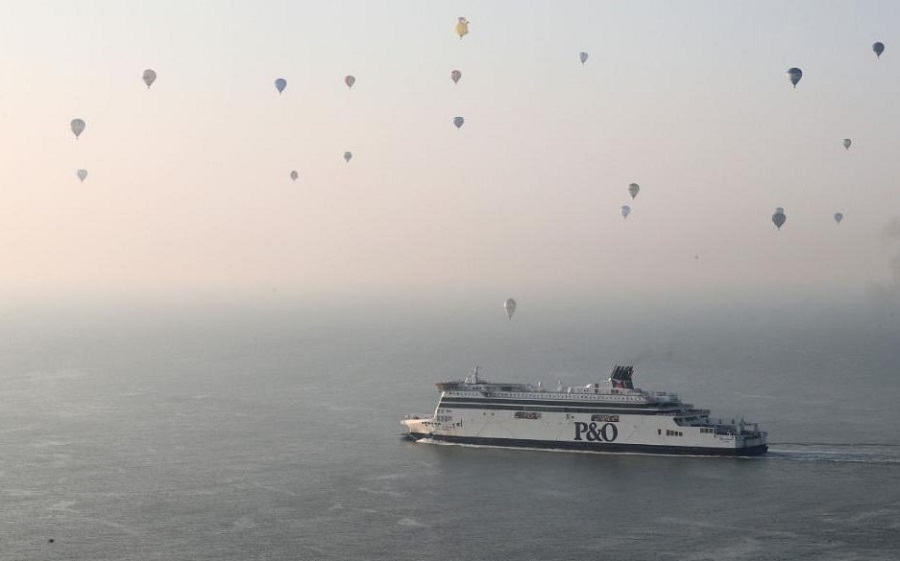 The English Channel is the busiest shipping lane in the world.
Source: The Telegraph

So far, 82 of around 85 craft have made successful landings on the continent, with more expected once organizers can verify landing sites in France.

Steve Mabbutt, group marketing manager at Passionate About People, part of the Datum RPO group, said the organizers “couldn’t have hoped for more”.

“Everybody is absolutely delighted,” he said. “It’s a large number of balloons on a beautiful day, it was incident-free and, to be honest, we couldn’t have asked for more. It all went to clockwork.

“The pleasure it brings a lot of people is fantastic – it’s a very unusual thing to see.” 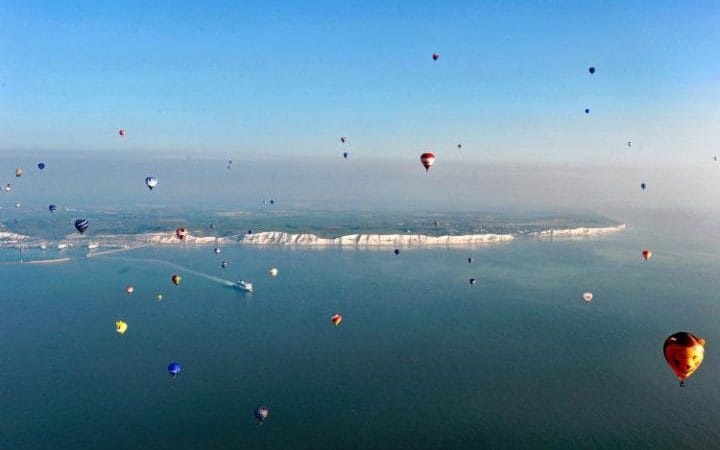 Hot Air Balloons fly over the White Cliffs of Dover as they take part in a world record attempt for a mass hot air balloon crossing of the English Channel.
Credit: Victoria Jones – PA 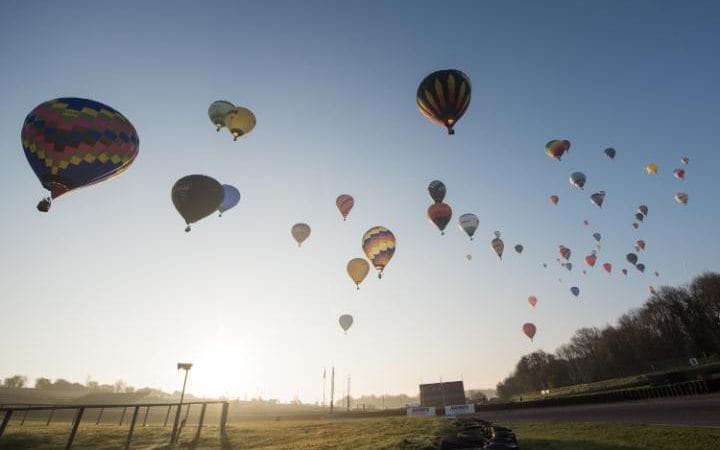 Hot Air Balloons begin take off from the Lydden Hill Circuit in Kent as they take part in a world record attempt for a mass hot air balloon crossing of the English Channel.
Credit Bartholomew/IPS/Rex/Shutterstock 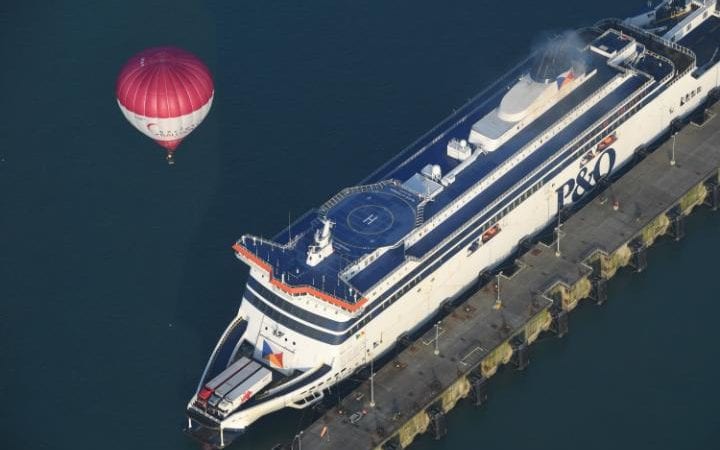 100 hot air balloons are taking part in the world record attempt which will see them cross the English Channel.
Credit: Victoria Jones/PA 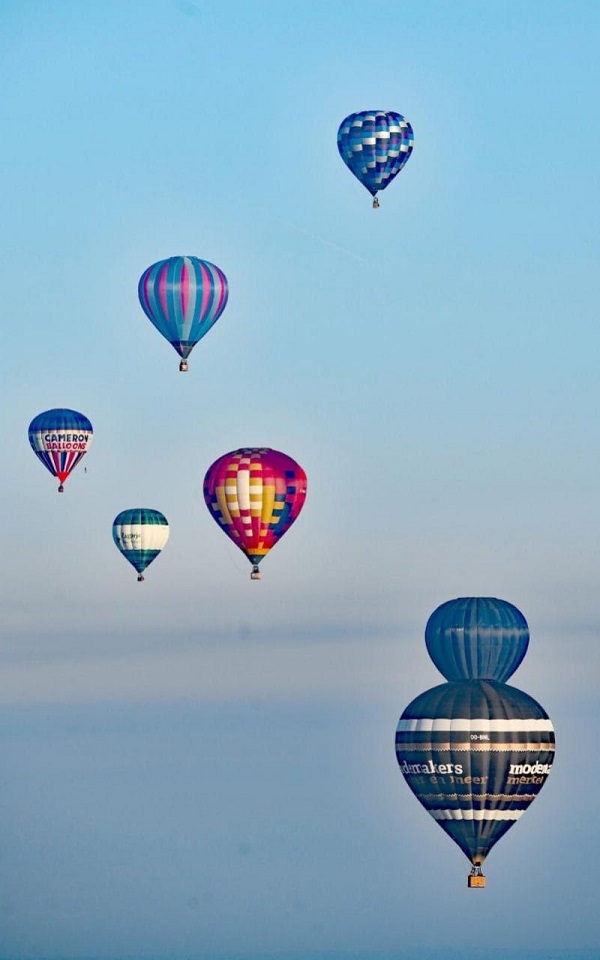 Some of the 100 balloons taking part in the world record attempt.
Credit: Victoria Jones/PA 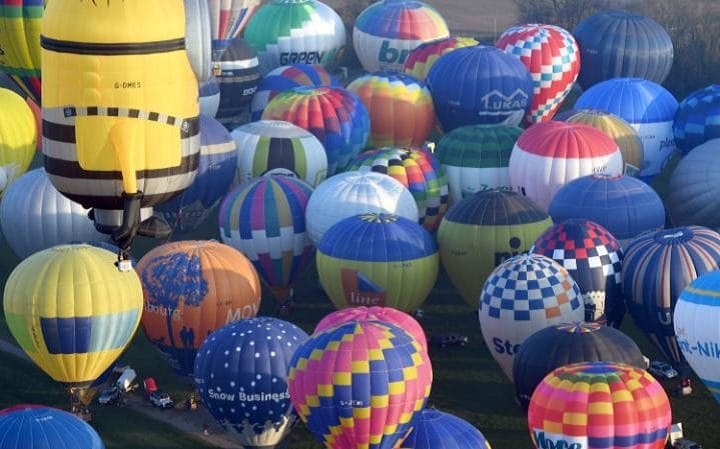 Some of the 100 balloons taking part in the world record attempt prepare to take off.
Credit: Victoria Jones/PA 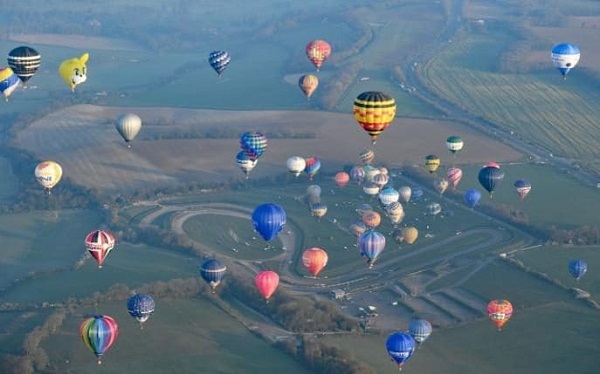 Some of the 100 balloons fly over the UK as they make their way to cross the English Channel.
Source: The Telegraph 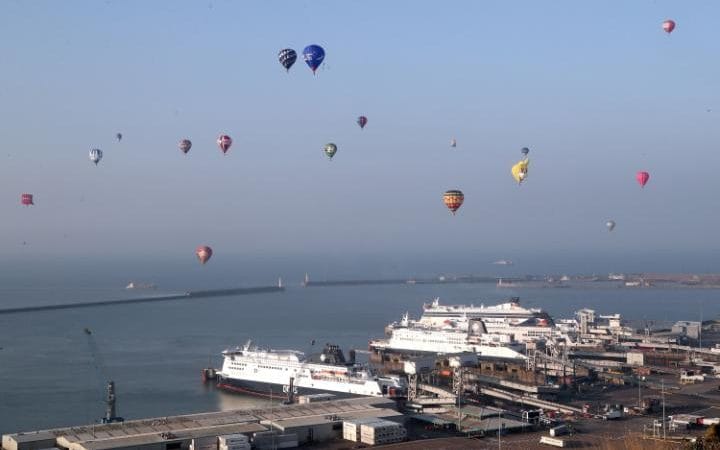 A collection of the 100 hot air balloons taking part in a world record attempt fly over the Port of Dover in Kent.
Credit: Gareth Fuller/PA 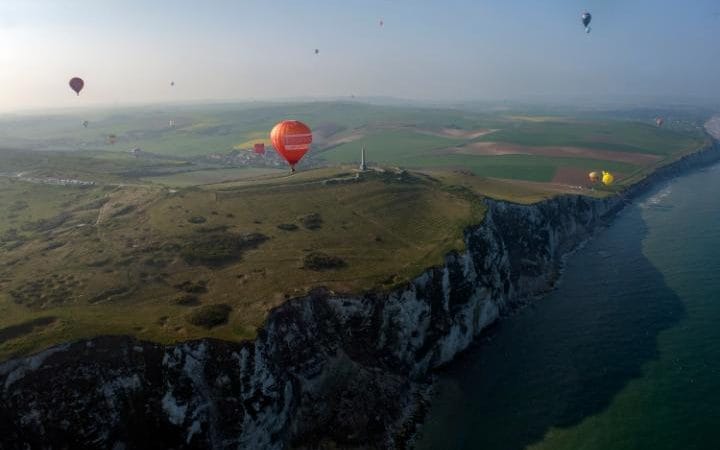 Some of the balloons taking part approach the northern coast of France, near Calais.
Credit: Victoria Jones/PA 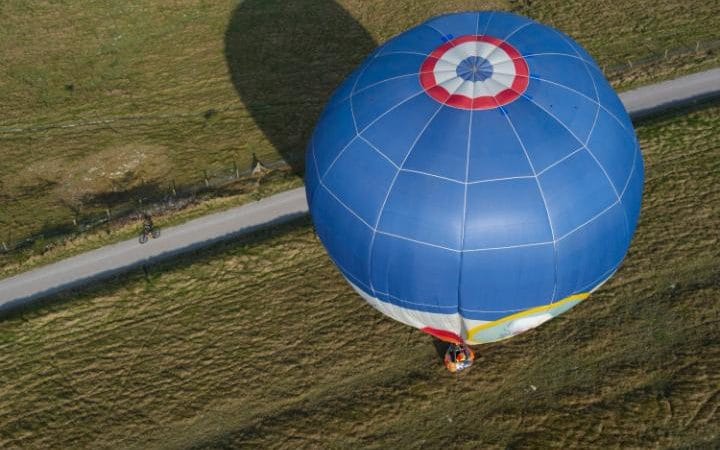 A balloon prepares to land near Calais in northern France.
Credit: Victoria Jones/PA

The following video is courtesy of The Telegraph.