Posted on November 23, 2014 by LighterThanAirSociety 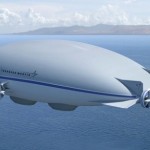 Lockheed Martin Corp expects to reach an agreement next year with a launch customer for a giant new hybrid airship that would revolutionize the way oil and mining companies haul equipment to the Arctic and other remote areas without roads.

The initial version of the airship, filled mostly with helium, would carry 20 tons of cargo, but could easily be scaled to roughly the size of a football field with 500 tons of capacity, Robert Boyd, an engineer with Lockheed’s Skunk Works R&D house, told Reuters in a rare media visit to the sprawling facility some 60 miles from Los Angeles.

Boyd, who started working on airships in 1991, said he was optimistic about finding an initial customer for the manned prototype airship, also known as P-791, next year, nearly a decade after the airship’s first flight in 2006. 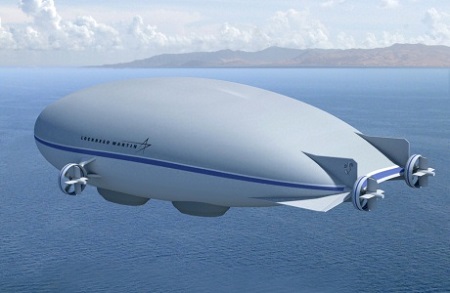 Lockheed is the Pentagon’s No. 1 supplier, but it is targeting a commercial market for the slow-moving airships that have four hovercraft-like landing pads and can set down on nearly any flat surface, including sand, snow and even water.

“It’s not the most sexy of airplanes, but it does its job,” Boyd said.

Initial buyers would likely include small airlines or other firms that ship cargo to remote areas for oil, gas or mining companies, he said. He said the aircraft were also very safe because they are filled with helium, which does not burn.

He said climate change might boost demand with warmer conditions cutting the time that ice roads could be used.

The airships could help countries like Indonesia develop remote territories that lack ports, and could prove useful in providing relief supplies during natural disasters.

U.S. military officials had also expressed interest, he said, but would likely contract for cargo transportation services rather than buying the airships themselves.

Eventually, Lockheed could sell hundreds of the smaller airships and thousands of the larger ones, Boyd said.

He said the airships would likely cost tens of millions of dollars, making their cost comparable to what operators now pay to truck cargo via seasonal ice roads, but about five to 10 times cheaper than transport via helicopters.