Posted on June 16, 2015 by LighterThanAirSociety 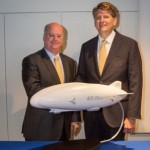 Hybrid Enterprises LLC, acting on behalf of Lockheed Martin (NYSE: LMT), announced they will be taking orders for Hybrid Airships with deliveries planned as early as 2018.

More than two-thirds of the world’s land area and more than half the world’s population have no direct access to paved roads. As you move farther away from infrastructure, cost, time and the safety of transport becomes more of a challenge.

Hybrid Airships enable affordable and safe delivery of heavy cargo and personnel to virtually anywhere – water or land, in normal flying weather conditions – with little to no infrastructure. 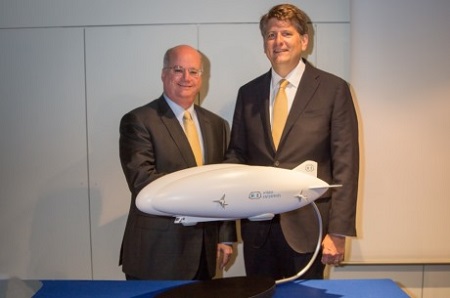 The technologies required for Hybrid Airships are already mature and have been demonstrated in-flight by Lockheed Martin’s P-791, a fully functional, manned flight demonstrator. 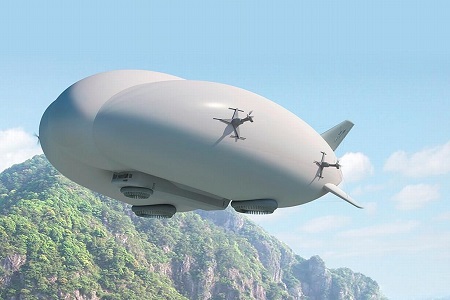 “We’ve invested more than 20 years to develop the technology, prove the performance, and ensure there are compelling economics for the Hybrid Airship,” said Orlando Carvalho, executive vice president of Lockheed Martin Aeronautics. “We have completed all required FAA certification planning steps for a new class of aircraft and are ready to begin construction of the first commercial model and the completion of the FAA Type certification process.” 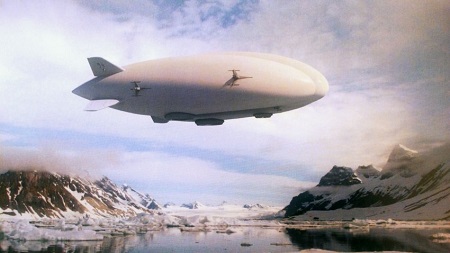 Work is currently underway on the 20 ton variant at the Lockheed Martin Aeronautics facility in Palmdale, California.