Posted on November 17, 2015 by LighterThanAirSociety 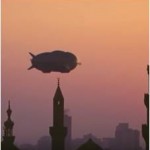 Given that Hybrid Airships did not fit within existing FAA regulations, the team worked to create a new set of criteria allowing non rigid hybrid airships to safely operate in a commercial capacity. Transport Canada was also involved in the development of this criteria to ensure it included safety concerns unique to Canada.

Airflow over the body of the airship will provide lift.
Source: Lockheed Martin

Lockheed Martin and the FAA have been working together for more than a decade to define the criteria to certify Hybrid Airships for the Transport Category. This criteria was approved by the FAA in April 2013.  Following that approval, the team has been developing the project specific certification plan over the past two years, which details how it will accomplish everything outlined in the Hybrid Certification Criteria. 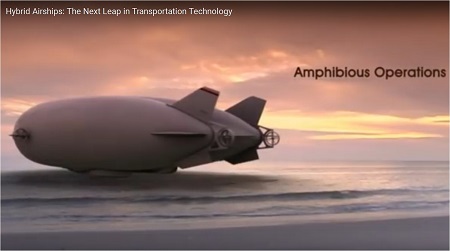 The hybrid airship will be capable of amphibious operations.
Source: Lockheed Martin

“The approval of the certification plan represents an important risk reduction milestone for our customers,” said program manager. Dr. Robert Boyd. “Completing this step took dedication from both the Lockheed Martin system experts and the FAA, who worked meticulously through thousands of detailed items to achieve consistent and accurate verification statements covering the entire aircraft.”

Hybrid Airships can affordably transport heavy cargo to and from remote locations thanks to their unique shape and air cushion landing system. They requiring little to no fixed ground infrastructure and burn significantly less fuel compared to conventional aircraft making them an environmentally friendly solution to remote cargo delivery. 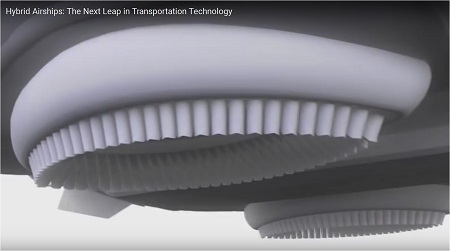 Earlier this year Lockheed Martin along with Hybrid Enterprises LLC kicked off sales for the 20 ton variety of the Hybrid Airship. They are on track to deliver operational airships as early as 2018.

Lockheed Martin’s Hybrid Airships introduce the next revolution in affordable transportation for heavy lift cargo to remote operating sites. These airships require little to no fixed ground infrastructure and can launch, land and be serviced on unimproved surfaces using an innovative air cushion landing system.