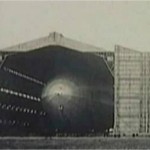 The shed is in a state of disrepair

A historic landmark in Bedfordshire has been put on the market with a price tag of close to £10m.

Cardington Hangars were built in the 1920s to house giant airships such as the R101 which crashed and caught fire in France in 1930. 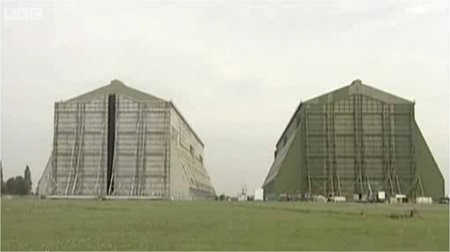 Now shed number one, the older of the two hangars, and 170 acres of surrounding land has been put up for sale by owners, Frontier Estates.

The Grade II-listed building is on Britain’s buildings at risk register.

Planning permission has been secured for 550 houses to be built on the land, with the condition the 157ft (48m) tall and 812ft (247m) long hangar would be refurbished. 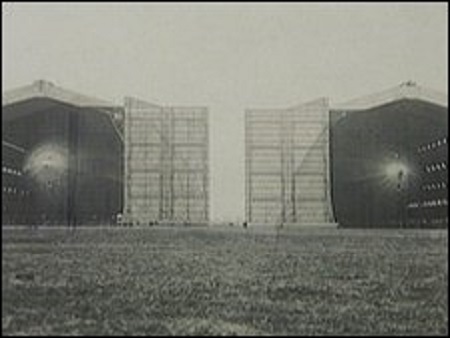 The Cardington hangars were used to house airships.

The shed was built in 1917 and was the home of Shorts Brothers airship works, with employees housed nearby in what became Shortstown.

It was also used as the barrage balloon group base during World War II.

The second hangar, known as shed number two, has been fully restored and is leased to the film company, Warner Brothers.

It was used as the set for Gotham City in the Hollywood film The Dark Knight.

The hangar was originally built at the Pulham Airship base in Norfolk.

It was transported to Cardington in the 1920s to house the R100 – the first privately built airship, designed by Barnes Wallis, to accommodate up to 100 passengers in luxury.