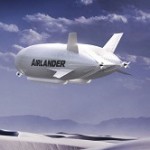 This could be the shape of things to come–moving cargo into remote locations on a large, lighter-than-air (LTA) craft. Hybrid Air Vehicles (HAV) of the UK is still pushing the LTA concept for a variety of missions, despite the early demise of the U.S. Army’s Long Endurance Multi-Intelligence Vehicle (LEMV) surveillance program. HAV provided the design and key components to Northrop Grumman for the LEMV, which fell behind schedule and flew only once, in August 2012.

HAV has now bought the disassembled LEMV and is returning it to the UK. The company told AIN that the single test flight went according to plan, but the program was the victim of Pentagon budget cuts. The 300-foot long, optionally manned LEMV was the largest LTA vehicle to fly since the early 1960s, HAV said. The company plans to air-inflate what it calls the HAV 304 next January and it could be flying again by the end of next year, in a drive for civil certification. 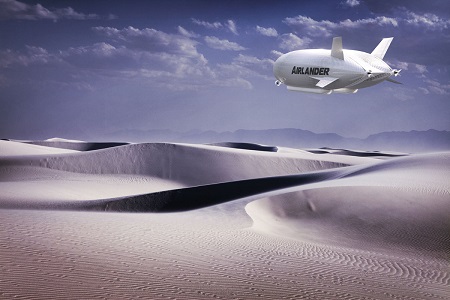 Despite a setback involving a U.S. military program, the concept of lighter-than-air (LTA) aircraft might be in line for resurgence with UK-based Hybrid Air Vehicles.

HAV believes that other customers could emerge for long-endurance surveillance missions. Beyond that, the hybrid airship design could be scaled to offer an attractive, low-cost, environmentally friendly airlifter with payloads from 20 to 200 tons.