Posted on August 25, 2014 by LighterThanAirSociety 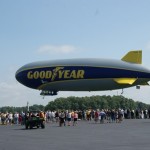 On Saturday August 23, 2014 Goodyear’s newest airship, a Zeppelin LZ N07-101, was christened as Wingfoot One and made its ceremonial first flight.

During his remarks welcoming the 1000+ people that came to witness the event, Goodyear CEO Richard Kramer acknowledged several public figures present as well as Thomas Brandt, CEO of the Zeppelin Company and Andreas Brand, Mayor of Friedrichshafen (where Zeppelin’s headquarters and airship manufacturing are located), who is also President of the Zeppelin Foundation. He also saluted Walter Bjerre. Now 92 years old, Walter was a Navy blimp pilot in World War II. After serving his country, he came to work for Goodyear, flying blimps and training pilots. 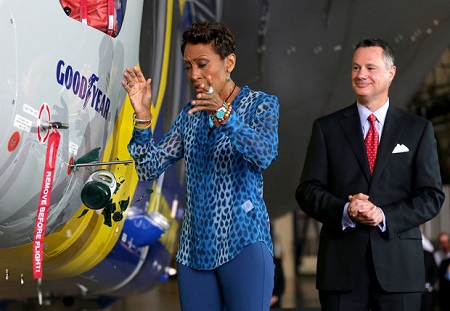 After the christening, Ms Roberts, Mr. Kramer and other personalities boarded the airship for its first flight which took them over Akron, the iconic Airdock and Goodyear headquarters. 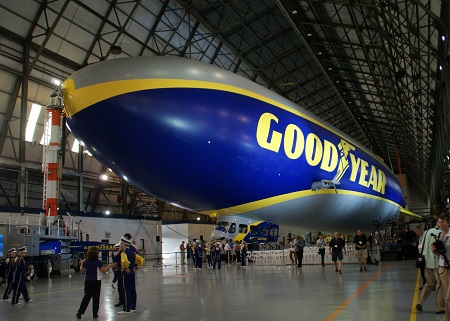 Wingfoot One in the hangar prior to the ceremonies.
Photo: Alvaro Bellon 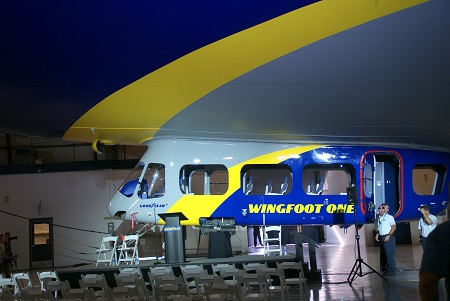 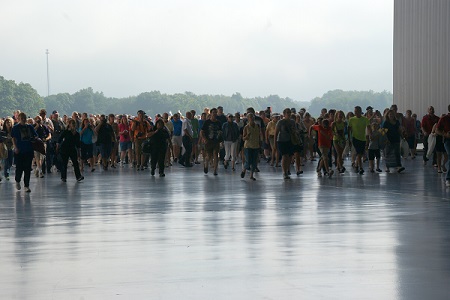 Guests attending the ceremony enter the hangar where the new airship was christened.
Photo: Alvaro Bellon 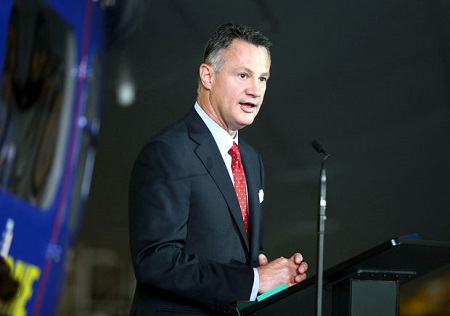 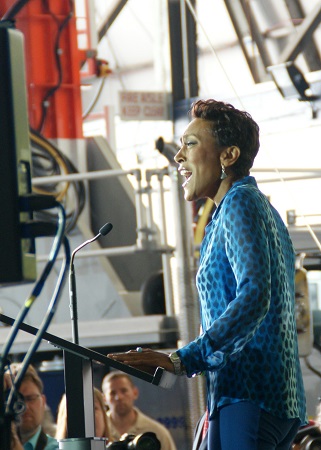 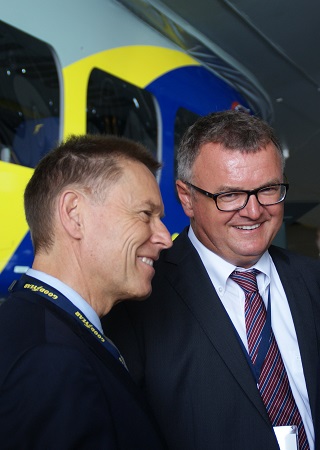 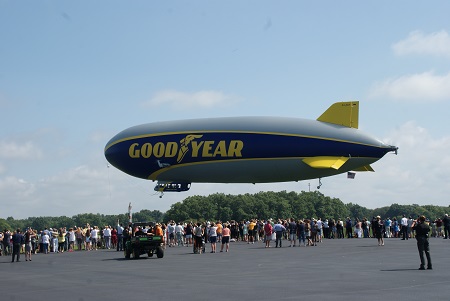 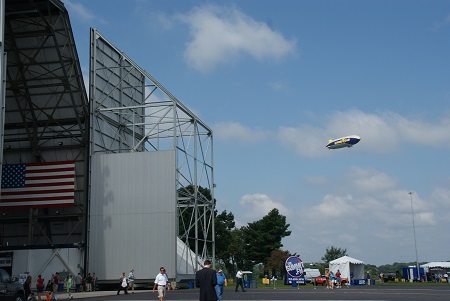 Wingfoot One returns to Wingfoot Lake at the culmination of the first flight.
Photo: Alvaro Bellon 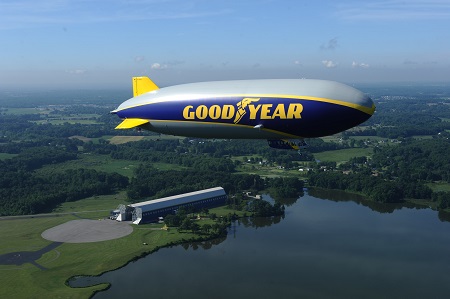 Wingfoot One over the Wingfoot Lake hangar.
Photo: Goodyear 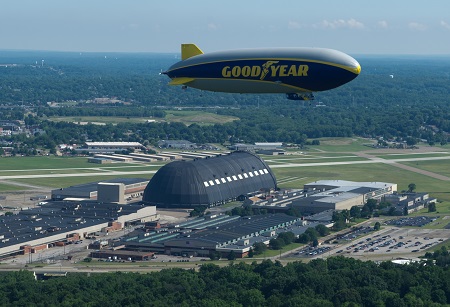 Wingfoot One over the Akron Airdock.
Photo: Goodyear 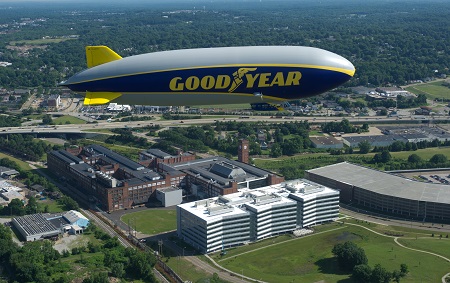 Wingfoot One over Goodyear headquarters in Akron.
Photo: Goodyear

Read more about the christening in the Aerospace Manufacturing and Design article by Eric Brothers.