Posted on August 18, 2014 by LighterThanAirSociety 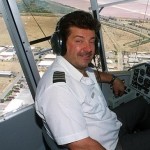 By: Richard Noone – The Daily Telegraph

• Wollongong man died at Reichelsheim Airfield on June 12
• Was world’s most qualified airship pilot with 12,300 hours experience
• 53-year-old was piloting A60 Lightship which caught fire
• Lowered craft to within two meters so passengers could jump
• Instantly pitched 50m in to the air and crashed in fatal fireball

With more than 12,300 hours’ ­experience, Michael Nerandzic was the world’s most qualified blimp pilot, who used to reassure passengers “you will never die in an airship’’.

And while an act of unimaginable courage ensured those words proved true for three journalists aboard his airship on the night of June 12, 2011, it was not enough to save the 52-year-old Wollongong man as the blimp exploded in a fireball before crashing to the ground.

It was just two days before the veteran pilot’s 53rd birthday and he was coming in to land at Germany’s Reichelsheim Airfield about 8.30pm. On board were two TV cameramen and a newspaper photographer who had been covering a music festival.

Mr Nerandzic was piloting the Spirit of Safety 1, one of two A60 Lightship blimps leased by Goodyear for marketing flights during the European summer. 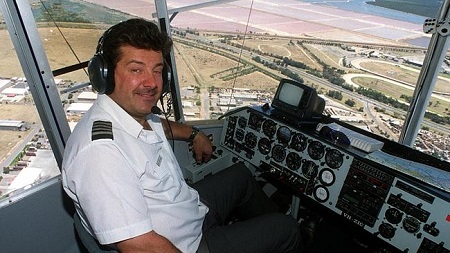 On approach the blimp stopped short of the waiting ground crew, the cabin filled with the smell of fuel and the photographer saw flames licking at the back of the gondola.

Instead of initiating the emergency flight procedure in a bid to save himself as well, Mr Nerandzic balanced the airship just 2m off the ground and helped clear film equipment from the door before unlocking it and ordering his passengers to jump clear. It was a selfless decision. Any airship pilot — especially one wit

h his years of experience — would know this would ensure his passengers’ safety but not his own.

Without vital ballast the airship shot 50m into the air where it became engulfed in flames before crashing to the ground. 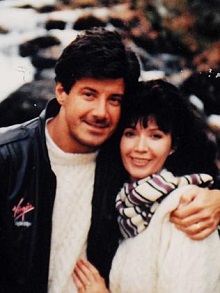 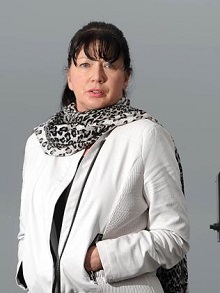 “When Michael told them to jump, he knew then it would send him straight back into the sky,’’ his wife, Lyndy Nerandzic, explained yesterday.

The recognition follows a medal of gallantry from the Guild of Air Pilots­ and Air Navigators in London in 2011 and the Robert P. Connelly Medal for Heroism from the Kiwanis International Foundation in New Orleans. Mrs. Nerandzic said the recognition in Australia kept his legacy to airship piloting alive.

“He’s not just gone and disappeared,’’ she said.“He’s recognized for an act he did … it makes it easier.’’

Mr. Nerandzic flew in 24 countries and his love of airships took him to the best seat in the house for five Olympics, including Sydney 2000. He also flew airships for Virgin, including towing Richard Branson on water skis behind a blimp.

This entry was posted in Airships, Blimps, News, Uncategorized and tagged Australia Star of Courage, Mike Nerandzic. Bookmark the permalink.