Posted on January 20, 2015 by LighterThanAirSociety 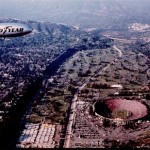 The Federal Aviation Administration is still wringing its hands about the commercial use of unmanned aerial vehicles, but manned blimps have had the FAA’s blessing for over half a century.

Goodyear is celebrated its 60th year of aerial coverage of the Tournament of Roses in Pasadena on January 1st. 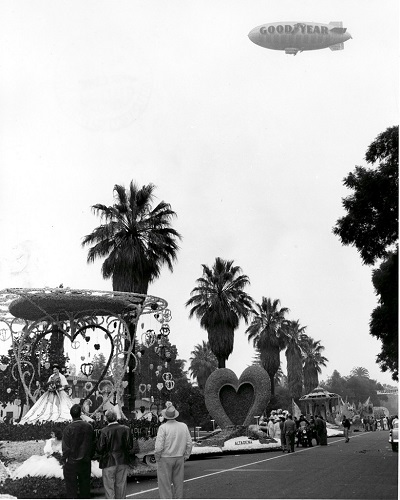 Goodyear provides news organizations with live aerial footage in exchange for on-air mentions of the Goodyear brand and shots of the iconic dirigible.

Goodyear claims it made the first live, national broadcast from an aircraft in 1955, at the Tournament of Roses Parade in Pasadena. 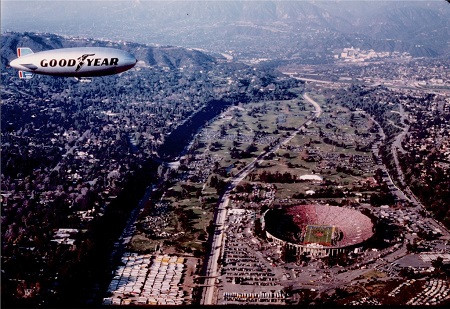 The Goodyear blimp at the 1984 Rose Bowl game between UCLA and Illinois University.
Source: insidesocal.com

There are three Goodyear blimps stored across the nation, with bases in Ohio, Florida and California. 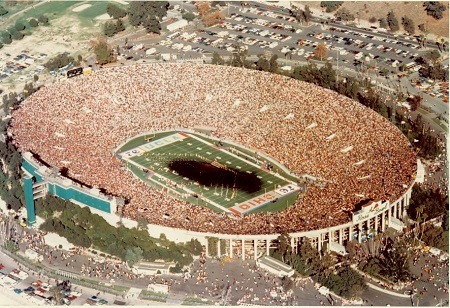 The Goodyear blimp casts a shadow over the 1976 Rose Bowl game between UCLA and Oregon State University.
Source: insidesocal.com

The Spirit of America, based in Carson, broadcast this year’s Rose Parade and provided pregame footage for ESPN’s Game Day. It was piloted by Kristen Arambula. 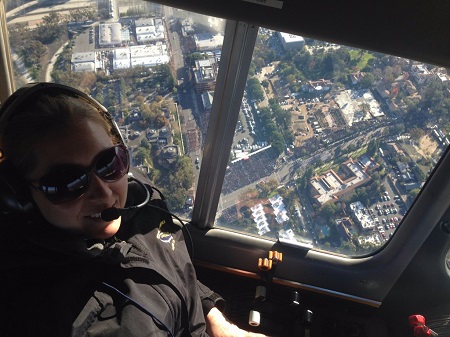