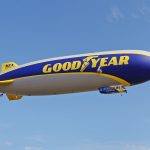 Goodyear Blimp Wingfoot Two embarks on a 2,600-mile, cross-country journey from Akron, Ohio, to Los Angeles today with a 26-person crew and a caravan of nine ground vehicles. The three-week tour, which includes flights over 10 states and numerous tour stops, is scheduled to end at the blimp’s west coast home in Carson, Calif. by the end of the month.

“This is an exciting milestone for Goodyear as we look forward to introducing our new generation of Goodyear blimps to the west coast and engaging fans along our tour route to create new memories of the Goodyear Blimp across America,” said Paul Fitzhenry, Goodyear’s senior vice president, Global Communications. 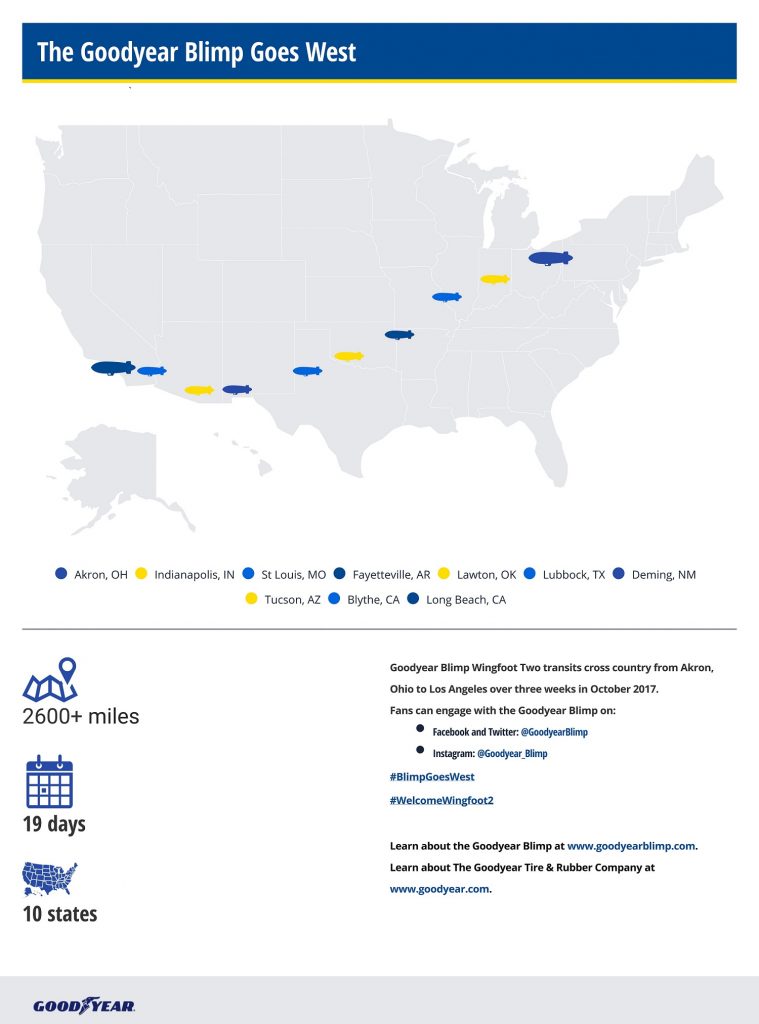 The stop in Lawton, Okla. Oct. 15-19 will include activities focused on the company’s tire manufacturing plant there. In Lubbock, Texas, Wingfoot Two will take part in the 75th anniversary of customer McWhorter Tire Co.

Fans can welcome Wingfoot Two to their towns via social media using the hashtags #WelcomeWingfoot2 and #BlimpGoesWest.

Goodyear has operated blimps in Southern California for more than 90 years and delivered the first-ever live aerial feed to a transcontinental telecast over the 1955 Rose Parade and Rose Bowl. Notable appearances the blimp has made over sports and entertainment events through more than six decades of aerial coverage include the 1982 Olympics, 1999 FIFA Women’s World Cup, multiple Academy Awards red carpet arrivals and the 2015 Special Olympics. In 2018, the company will celebrate the 50th anniversary of its Carson blimp base, which opened in 1968. 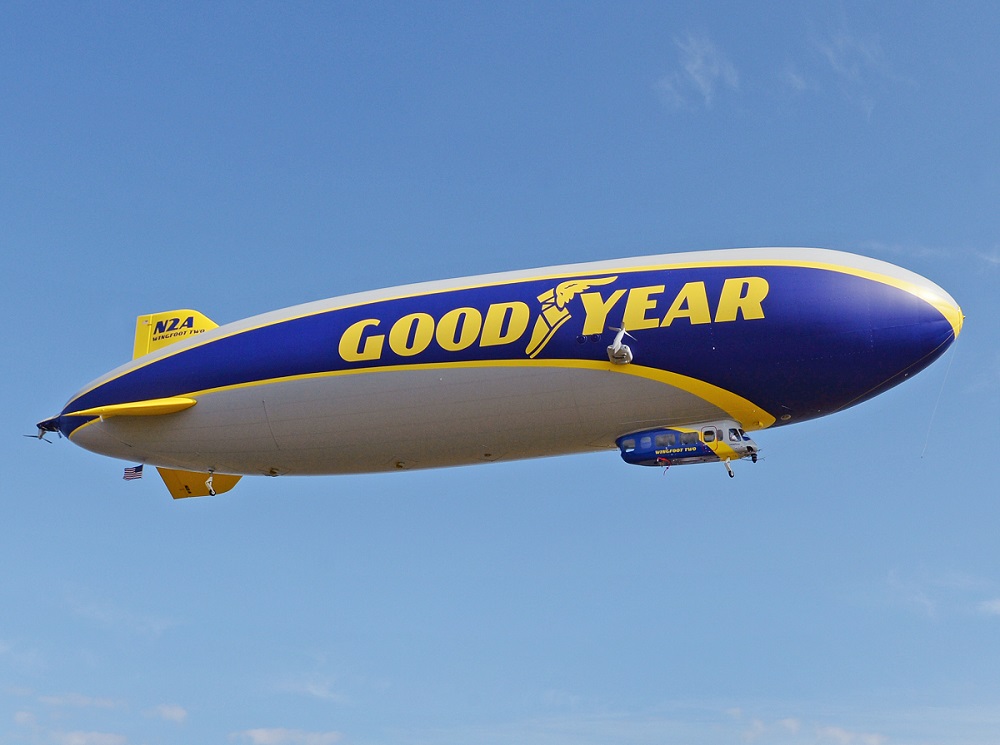 Since 1917, Goodyear has built more than 300 lighter-than-air vehicles for public relations and defense applications. The company currently operates two technologically advanced Goodyear Blimps—Wingfoot One and Wingfoot Two. The third airship to complete the new fleet is under construction at the company’s Wingfoot Lake facility near Akron, Ohio. Today’s Goodyear Blimps stretch more than 246 feet long—nearly the length of a football field. The airships have three vectored engines for enhanced maneuverability and can hit highway speeds of up to 73 mph. Each are supported by a semi-rigid frame composed of light-weight aluminum and carbon fiber that holds an envelope packed with 297,527 cubic feet of non-flammable helium.