Posted on October 9, 2017 by LighterThanAirSociety 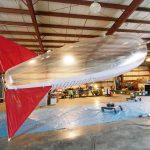 Five French meteorologists are on Guam testing a set of miniature blimps that may lead to innovative weather forecasting. 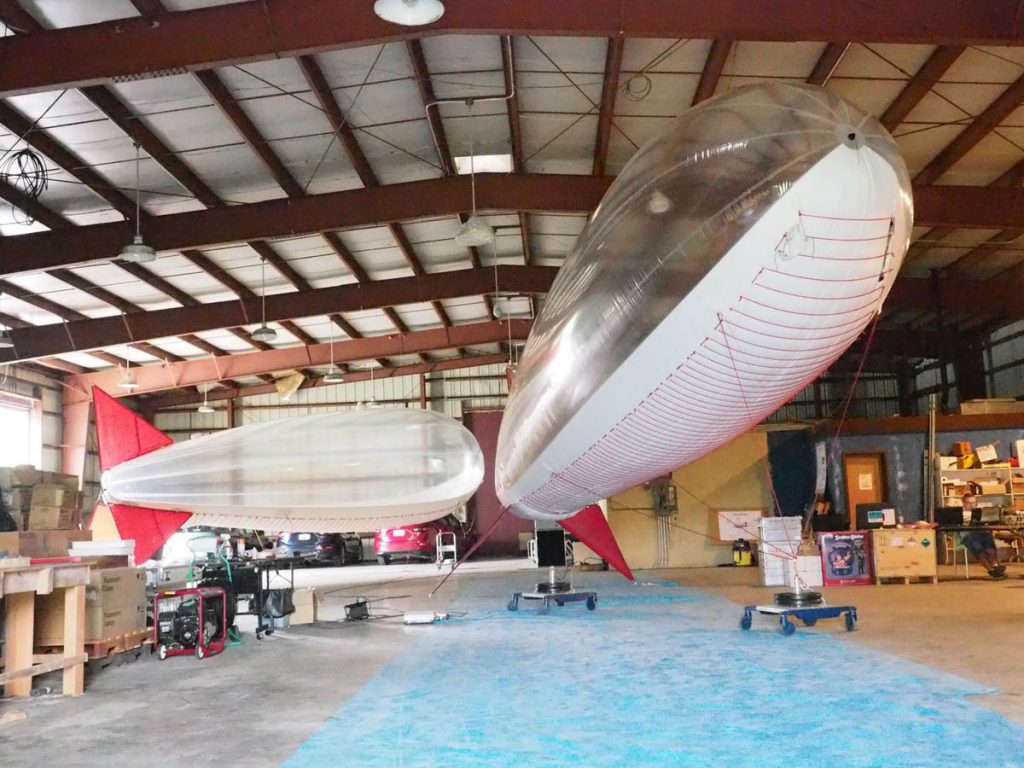 WAREHOUSE: Two of the three French AeroClipper blimps wait to be deployed across the ocean in a warehouse in Hagåtña. The French team hopes to launch their blimps this week to gather important weather on hurricanes and cyclones.
David Castro/The Guam Daily Post.

Three air balloons called “AeroClippers” were recently developed by the scientists at the Laboratoire de Météorologie Dynamique in Paris, France.

According to Jean Phileppe Duvel, one of the visiting meteorologists, the blimps are able to measure the formation and intensity of developing cyclones. 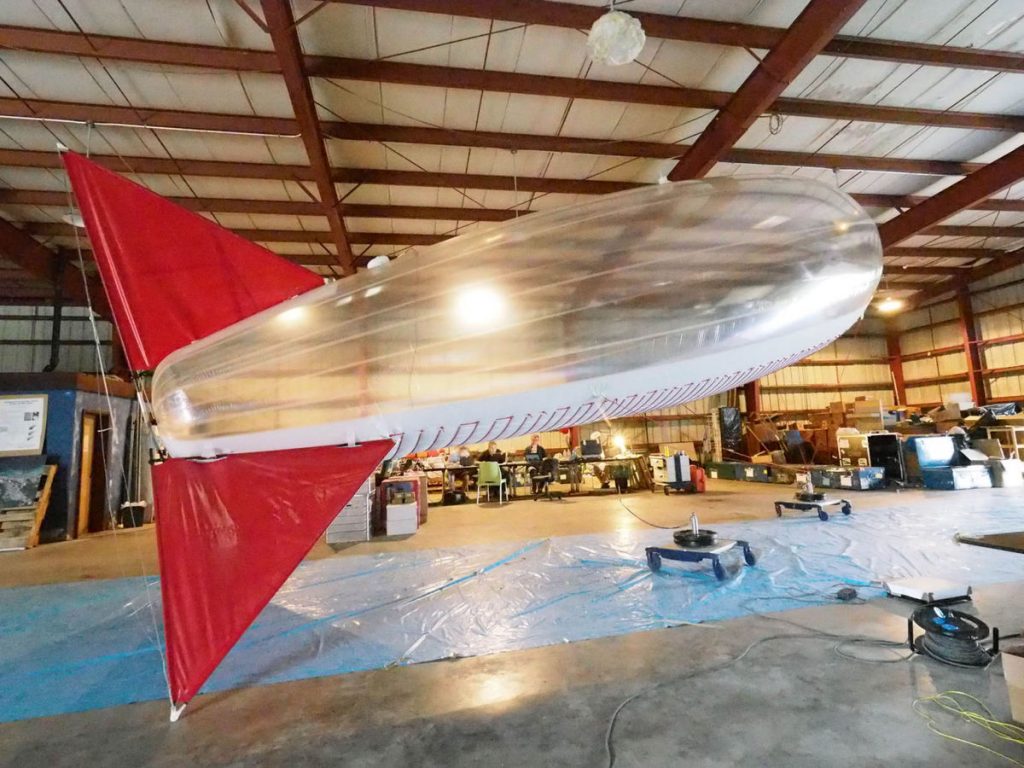 AEROCLIPPER: One of the three French AeroClipper blimps waiting to be deployed across the ocean, floats in a warehouse in Hagåtña. The French hope to launch their 9 meter blimps this week to gather important weather information on hurricanes and cyclones.
David Castro/The Guam Daily Post.

With the goal of developing better ways to monitor storms, the blimps are able to travel just 100 feet above the ocean, closer than any standard airplane is safely able to – in order to collect more precise data-driven weather forecasts. 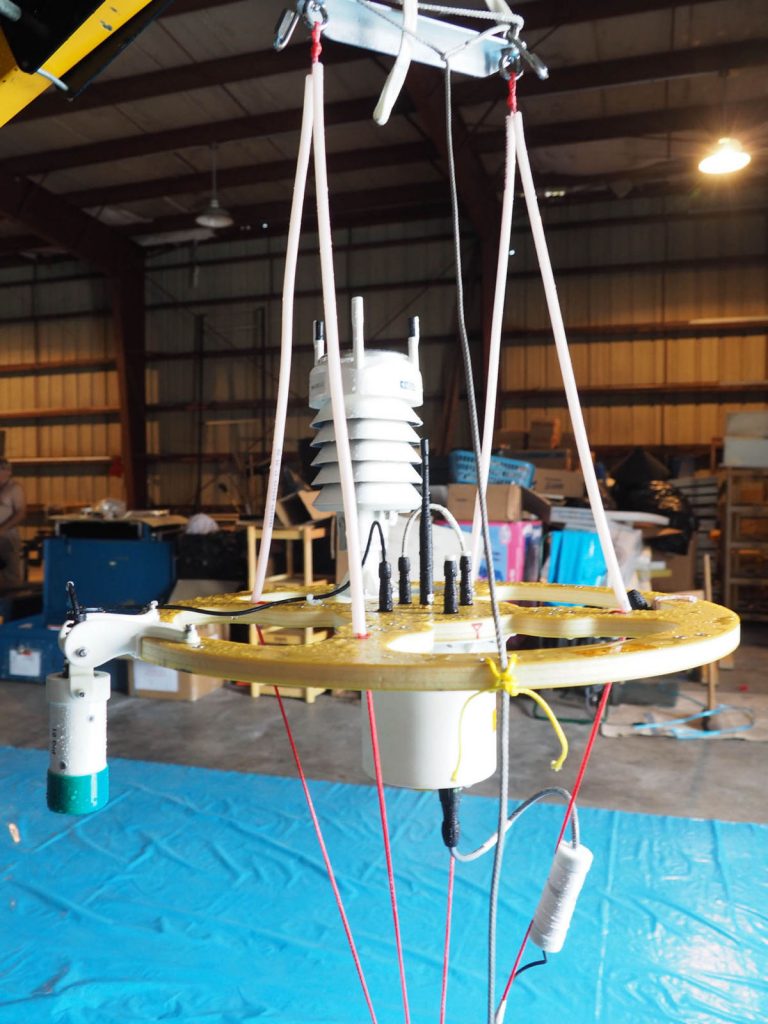 ELECTRONICS: The electronics package the AeroClippers will be carrying will include equipment to determine barometric pressure, wind speed, humidity, surface temperature of the ocean and GPS coordinates were on display in a warehouse in Hagåtña Sunday Oct. 8. The French hope to launch their blimps this week to gather important weather on hurricanes and cyclones.
David Castro/The Guam Daily Post.

Measuring surface pressure, temperature, and humidity, among other items, the AeroClippers are able to stay within storms while transmitting updated information in real-time to researchers and forecast centers.

First of its kind

The French team said they decided on Guam because it is one of the best places in the Northwest Pacific Basin to release the balloon and have good chances of catching a developing cyclone.

In partnership with the National Weather Service, the groups have been meeting daily to discuss weather patterns on Guam in anticipation of releasing the blimp near Hagåtña. 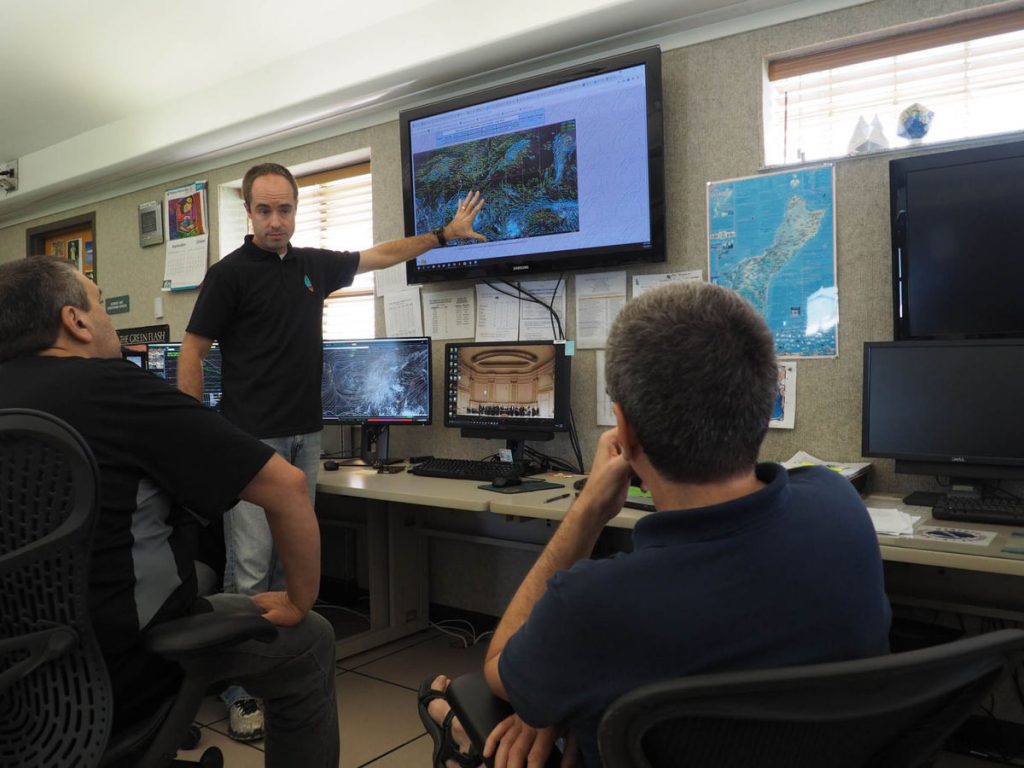 According to Brandon Aydlett, NWS meteorologists, the tests being conducted are the first of its kind on Guam.

“You’re putting a self-driven apparatus into the weather. We’ve never had that,” Aydlett said. “Airplanes will fly into the center of typhoons and hurricanes, and they’ll get data, but it’s higher up because it’s too unsafe to fly just above the surface. It’s definitely a unique opportunity for this type of near-surface data.”

The French team is planning to release a blimp into the waters off the Paseo de Susana sometime today or tomorrow, pending weather conditions, Aydlett said.

The Guam Police Department, Guam Fire Department and Federal Aviation Administration are aware of the tests.

The balloons have two methods of deflating and three GPS systems tracking movement in case of an emergency.

The scientists are expected to finish their tests and research by Oct. 21.