Posted on October 10, 2013 by LighterThanAirSociety 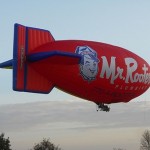 A hot air airship has been flying over Atlanta, and more recently over Waco, Texas promoting Mr. Rooter and Mr. Electric franchises.

Back in 2008, Bob Minkert, owner of Mr. Rooter and Mr. Electric, was sitting in a traffic jam in Atlanta. He looked up and saw a huge hot air balloon flying over the city, causing people to slow down and take notice. This sparked the idea of using a balloon for advertising for his business. As he researched the idea he came across the concept of a hot air airship.

After a couple of years researching the idea, Minkert traveled to Germany to see an actual hot air airship. What he saw convinced him this was the way to go. The airship is different from a blimp because its buoyancy is not from helium.  It stays aloft by hot air, much like a hot air balloon. However, unlike a hot air balloon, it has control surfaces and an engine that allows the airship to be flown to a geographical location and remain stationary, maximizing its advertising potential. 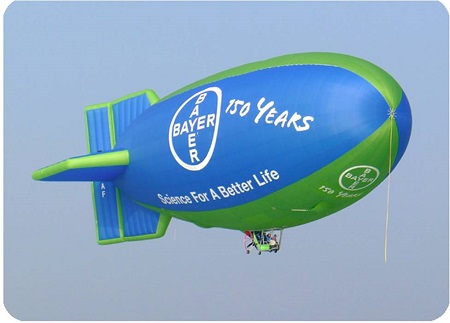 The Bayer Hot Air Airship has been flying over several cities of the US and the rest of the world.
Photo: Gefa-Flug

While in Germany, Meinkert decided to form Airship over Atlanta. He purchased a GEFA-FLUG AS 105 GD Four Seater, similar to the Bayer airship that flew over several cities in the US and other parts of the world as part of that company’s 150th anniversary. He brought a world-renowned air-balloon pilot with him to fully train the Airship over Atlanta pilots. 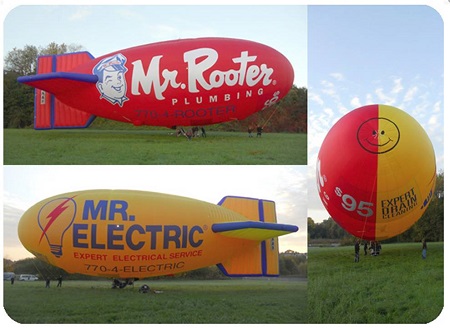 The Airship Over Atlanta airship features Mr. Rooter signage on one side and Mr. Electric signage on the other.
Photo: Airship over Atlanta

Since September of 2012, the Airship over Atlanta pilots have received continuous and on-going flight training to be certified to fly the unique airborne albatross.  In February 2013, three local pilots became some of the few certified aviators in the United States with experience and qualifications in airship flight. 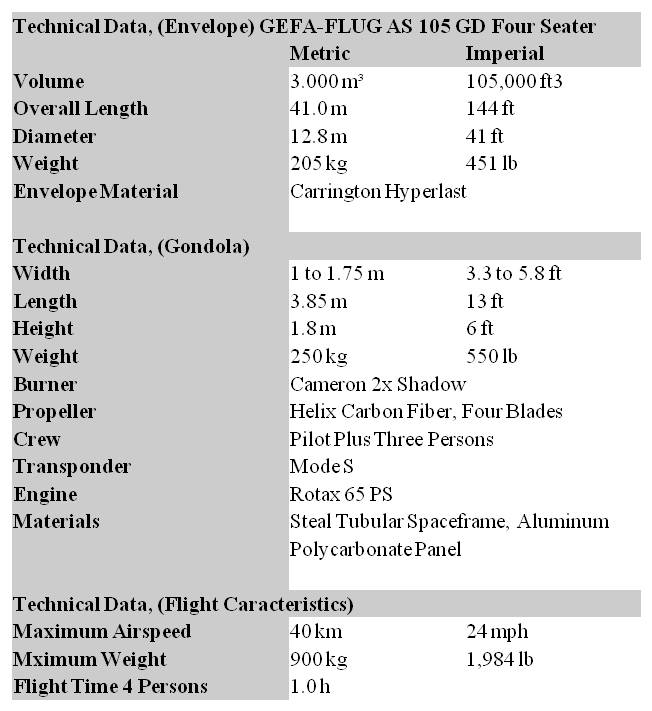