Posted on June 22, 2014 by LighterThanAirSociety 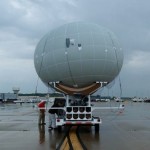 Next time you’re on the highway and see one of those “Speed Monitored by Aircraft” signs, look up—the United States is getting its first, persistently airborne traffic-monitoring blimp.

The lucky winner of this piece of spy tech is the Ohio Department of Transportation (ODOT). This week, ODOT purchased a $200,000 “Blimp in a Box” from a company called the Drone Aviation Corp. Though the state hasn’t specifically decided what to use it for, issuing speeding tickets from 1,000 feet in the air—and five miles away—is certainly on the table.

“They mentioned monitoring agriculture, monitoring large gatherings, penitentiaries, and monitoring traffic,” Dan Erdberg, an official with the company, told me. “There are a ton of applications.” 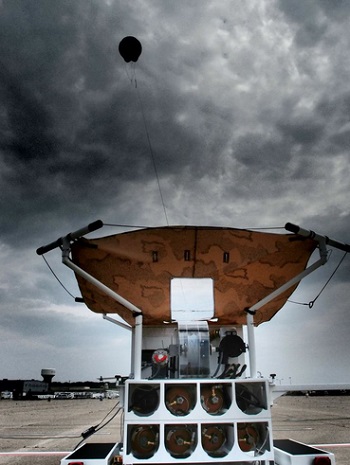 The Blimp in a Box is the second such traffic drone sold to a civilian organization in the United States, according to Erdberg. The first one was sold to police in Tennessee. Officials with the Ohio Department of Transportation did not respond to my email to learn more about how they plan on using the blimp.

Unlike an aerostat (one of which is about to begin persistently-monitoring the East Coast), the blimp can be quickly moved from place to place—it’s attached to a trailer that can be hauled behind a police car and can be moved by car while it’s still in the air. And, unlike most drones, it can stay in the air for many hours at a time, providing a persistent eye in the sky.

Ohio already has one of the larger aerial traffic enforcement programs in the country: The Ohio State Highway Patrol says that it has 15 uniformed officer-pilots, two helicopters, 14 Cessna airplanes, and now, apparently, a blimp.

“The value of traffic enforcement from the air is pilots are essentially taking a speed evaluation of a vehicle over an entire mile, which is different than the officer on the ground using a laser and getting a speed at a specific moment in time, or a short tracking period through radar,” the department said. “Also, observing a vehicle over a mile distance allows the pilot to pick out the more severe or aggressive driving violations.” 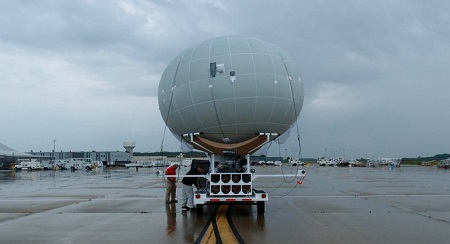 The state will not need Federal Aviation Administration authority to fly the blimp; tethered planes are allowed to fly below 500 feet without FAA approval, and at higher altitudes the agency simply needs to notify the FAA of where it’s flying.

The blimp is, essentially, military tech—the company has sold several versions of the blimp to different branches of the military, who use them to monitor war zones, for training purposes on US soil, and to expand communications networks in areas that currently don’t have them.

In a press release, Felicia Hess, the company’s CEO, said it’s currently training the Ohio DOT how to use the blimp.

“With the delivery of the [blimp] to the ODOT and the successful demonstration to State officials, we now can plan to commence training and live exercises that will demonstrate how effective the BiB can be for State and local departments requiring an aerial asset to provide persistent coverage over an area of interest,” she said.