Posted on May 13, 2014 by LighterThanAirSociety 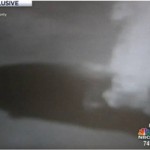 A rarely seen video showing a different angle of the Hindenburg airship disaster in New Jersey has been released to the public for the first time in 77 years.

The video, which was found decades ago by the Navy Lakehurst and Ocean County Historical Societies, was obtained exclusively by NBC10.com on Friday.

The new film footage shows the 803-foot-long German airship erupt into flames from the side, rather than the nearly head-on view widely seen in newsreels.

“In a great many disasters and scenarios, there’s always rumor of the other film. Well this is that other film,” said Rick Zitarosa, historian and Vice President of the Navy Lakehurst Historical Society.

It was around 7:25 p.m. on Thursday, May 6, 1937 when the Hindenburg, carrying 97 people, came in for a landing at the Lakehurst Naval Air Station in Lakehurst, Ocean County, N.J. During that landing, the hydrogen inside the airship, used to keep it airborne, ignited sending the zeppelin crashing to the ground tail first. Flames shot from through the Hindenburg and out the bow. More than 60 people were killed – including 13 passengers and 22 crewmen on-board the ship.

With a new vantage point of the disaster comes new information about what happened in the moments when the fire began. 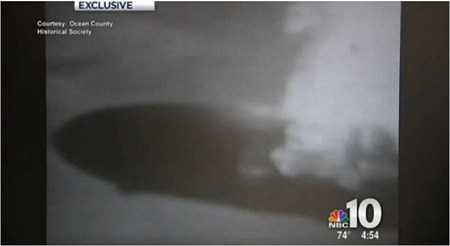 “It does get us a few seconds closer to the actual point when it did happen,” said Kevin Pace, with the Navy Lakehurst Historical Society.

Historians also say the video shows the pilots were having trouble keeping the airship balanced in the minutes before the disaster.

“There is indication that the crew was very aware that the ship was out of balance and that they were having trouble maintaining proper lift and trim with the tail section,” Zitarosa said.

This second film was last shown in 1987 to a small group of people at an event for 50th anniversary of the tragedy, but the film then again fell into the shadows.

“It was simply lost through history,” Pace said.

The 77th anniversary of the Hindenburg disaster was on Tuesday, May 6th.