Posted on February 25, 2014 by LighterThanAirSociety 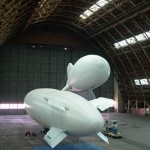 Airship Will Enter Service in Spring of This Year

Aeroscraft Corporation (Aeros), a leading FAA-certified lighter-than-air (LTA) manufacturer and technology innovator, announced today that another 40D airship S/N A40D-22 is entering final stages of production before entering service in the spring of this year. 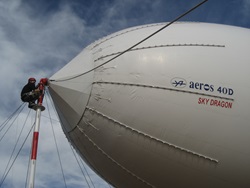 The 40D Sky Dragon is designed to accommodate a market demand for airships capable of multi-mission applications, ranging from advertising and broadcast camera work, to serving as a sensor platform while maintaining low operational costs and extended time on station. The Sky Dragon’s digital flight management system and fly-by-wire technology delivers the next step in the evolution of the airship industry.

The 40D can also support numerous airborne ISR missions (intelligence-surveillance-reconnaissance), providing a quiet and stable aerial platform with long endurance and slow-loiter capabilities. In doing so, the 40D provides cost effective and flexible operations, and can also be an effective command platform for other aerial assets.

The Sky Dragon is now being evaluated for a multi mission role that will include the traditional market branding and event broadcasting combined with security surveillance that utilizes state of the art recognition software that will assist the security forces at major public gatherings. The airship is particularly well suited for such a role due to general associations with aerial advertising and they are often less intrusive or disruptive to ground activities than helicopters, whose presence and noise tend to provoke reaction from those on the ground. 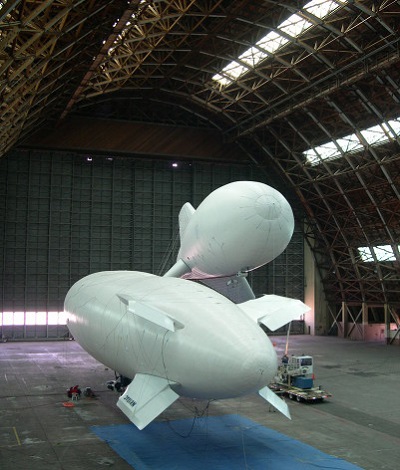 “In the past, the role of an airship has been very specific,” explains Fred Edworthy, VP of Business Development at Aeros, “However, with the right equipment and integration its role is changing to a accommodate the need for greater event and infrastructure security without being obtrusive.”