Up, up, up, up and away: Twin balloon airship reaches space 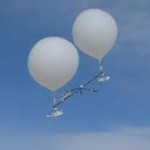 The record for the highest altitude powered airship has just ballooned to an amazing 95,085 feet (18 miles) – the edge of space. Incredibly, the feat was achieved by volunteer space enthusiasts for the not-so-astronomical sum of $30,000.

Called Tandem and made by California-based JP Aerospace, it took off from Nevada’s Black Rock desert last Saturday and broke the airship altitude record by over 20,000 feet (four miles). 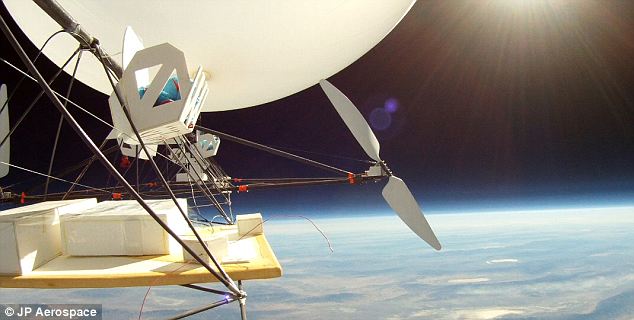 High life: The JP Aerospace balloon reached 95,000 feet where it took this picture of Earth

Tandem is a steerable ship and is not to be confused with research balloons, which often soar to stratospheric heights of 135,000 feet.

According to JP Aerospace’s president, John Powell, the previous record for a powered ship was made by the Army’s sounder/HiSentinel, which reached 74,000 feet a few years ago.

Understandably, it’s an achievement he’s very proud of, especially since it was done on the cheap. Powell said: ‘The big aerospace firms have been trying to do this for decades, spending hundreds of millions of dollars. ‘We’ve spent about $30,000 and the past five years developing Tandem.’ 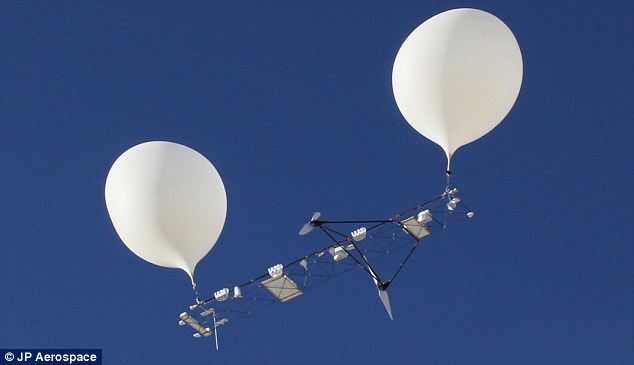 It takes two: The Tandem was remote controlled from ground level

It had to struggle through extreme turbulence between 40 and 60,000 feet before rising into the thin air of the Stratosphere.  Its motors were then activated by a controller on the ground, who steered it through a series of maneuvers. One of the balloons then burst – and the other released. At this point five parachutes guided the frame safely back to earth. 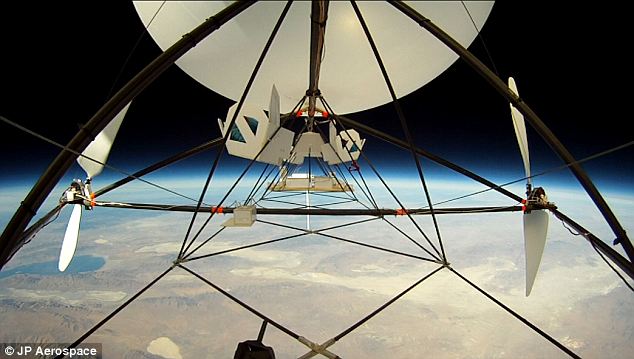 Record breaker: No airship has ever soared higher than Tandem

JP Aerospace says that Tandem could be used in the future for launching research rockets, other airships and could be adapted to carry parts to high altitude research stations. 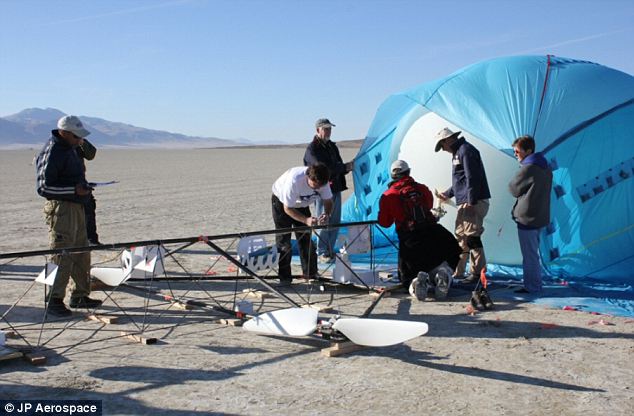