Posted on June 26, 2013 by LighterThanAirSociety 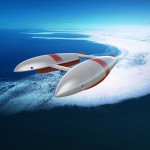 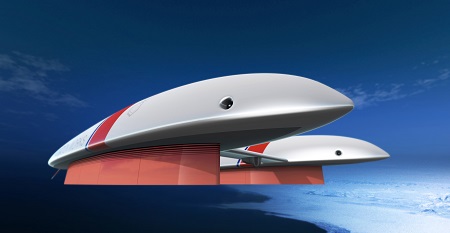 The Tropospheric Airship is a concept study of an observation airship for arctic operations
Concept: EADS

Intended for long-endurance, all-weather surveillance missions over the Arctic, the Tropospheric Airship is designed to climb to 5,000m (16,500ft) on buoyant lift, then use additional aerodynamic lift to reach its 7,000m (23,000ft) operating altitude. This reduces the hull volume required to accommodate helium expansion, compared with an airship designed to reach 7,000m on aerostatic lift alone. 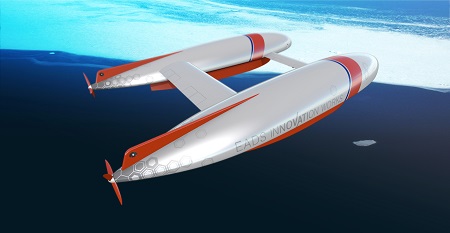 Add to this the catamaran design, which splits the required volume between two hulls, which can then be more aerodynamically streamlined. The Tropospheric Airship is 90m long, 60m wide, but only 8m high, making it low enough to be stored in a hangar. It is also faster than a conventional airship, loitering at 60km/hr (30kt) but dashing at up to 150km/hr (80kt).

EADS IW has come up with a deceptively simple mean of varying buoyancy to control not only climb and descent, but also pitch and roll. This involves multi-segment buoyancy cells in the lower part of the two hulls. Extending a cell increases its volume, reduces gas pressure and therefore increases buoyant lift. Conversely retracting a cell reduces volume, compresses the gas and reduces buoyant lift. 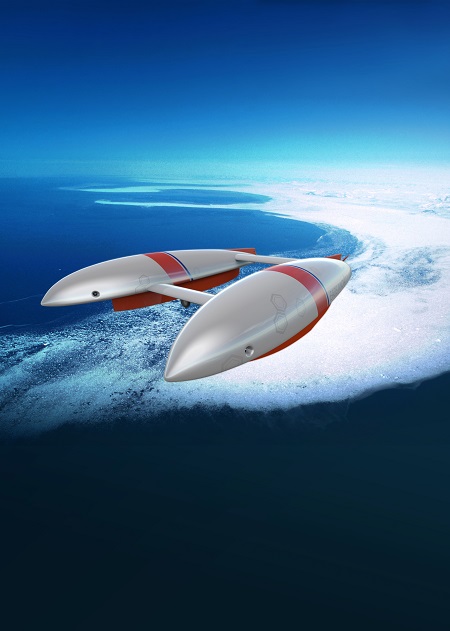 Extending and retracting the cells in unison allows the airship to climb or descend. Extending and retracting them differentially provides pitch and roll control. Ducted fans in the nose and tail of each hull provide yaw control. The wings can generate negative lift for landing and ground handling without a mooring mast. Pusher props driven by diesel engines or electric motors provide propulsion.

EADS IW says it has completed initial definition of the Tropospheric Airship, and is “now seeking partners for follow-on work that could lead to flight test of a first (manned) demonstrator in three years.” Here is EADS’s video of the concept:

Click here to read the EADS Innovation Works Brochure for the Tropospheric Airship.