The PEGASOS Zeppelin Campaign in 2013 has started

Posted on April 12, 2013 by LighterThanAirSociety 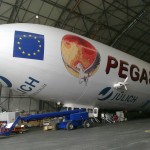 8 April 2013- From mid-April, the Zeppelin NT will once again be on a mission for climate research – this time travelling as far as Finland. Scientists are starting the second part of their measurement campaign within the pan-EU project PEGASOS, which aims to investigate relationships between atmospheric chemistry and climate change. 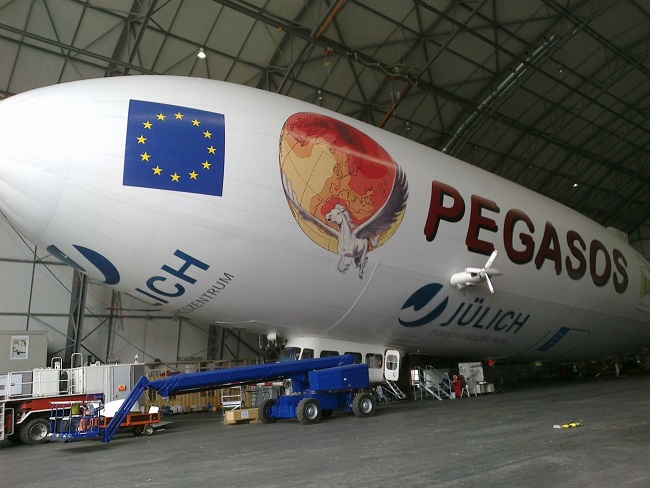 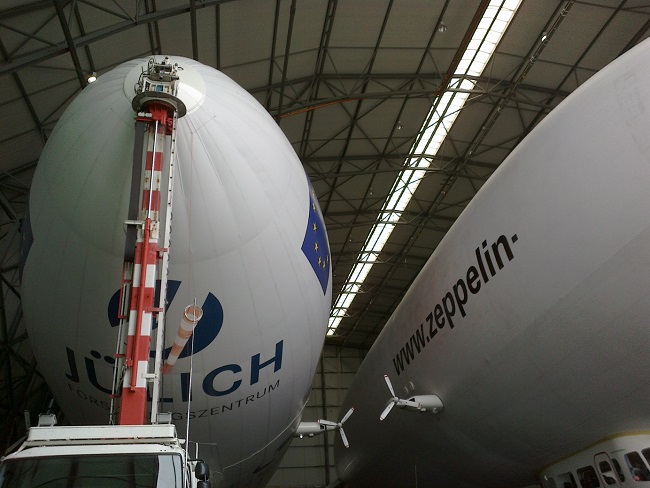 The Pegasos Zeppelin inside the Friedrichshafen airhip hangar, alongside another Zeppelin NT. 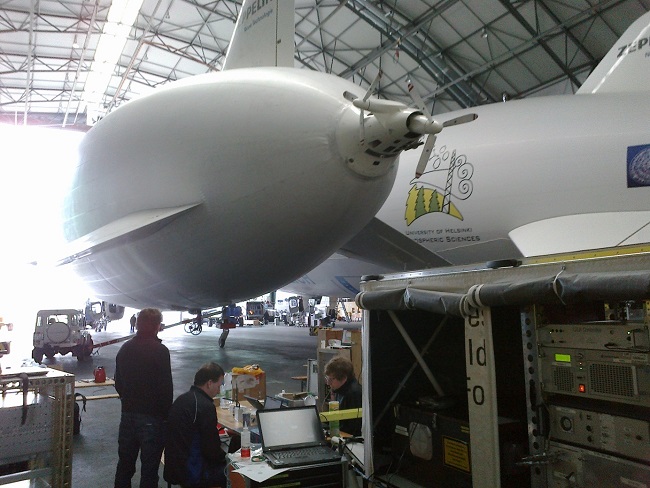 The Top platform is set up in the hangar

11 April 2013 – In the next week the Zeppelin will start its transfer to Finland. The aim is to reach Skavsta in Sweden as fast as possible. Stops are planned in Mainz – Finthen, Hildesheim, Lübeck-Blankensee and Ljungbyhed in Sweden, where the airship stays overnight fixed to a mast truck . 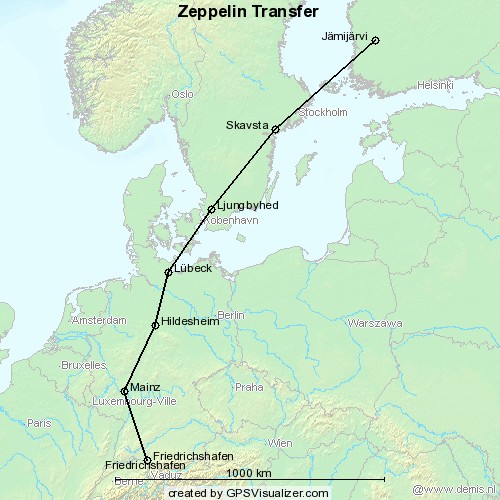 The exact time schedule and flight route will of course depend on the weather. The Zeppelin will be equipped with the photochemistry layout.

The scientists who run the instrument on the Zeppelin will follow the Zeppelin by car to calibrate their instruments when the airship is on the airfield.