Posted on April 7, 2013 by LighterThanAirSociety 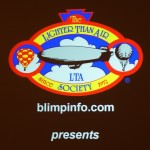 The Lighter-Than-Air Society commemorated the 80th anniversary of the christening and first flight of the USS Macon and the tragic loss of the USS Akron and the J-3 training blimp with a special program at the Akron-Summit County Main Library.

On April 6, 2013 the L-T-A Society presented a program that consisted of a slideshow of pictures of the construction, christening (March11, 1933) and first flight (April 21, 1933) of the USS Macon (ZRS-5) and the crash of the USS Akron (ZRS-4) shortly after midnight on April 4, 1933 as well as the crash of the J-3 training blimp which had been dispatched to rescue possible survivors later that day. 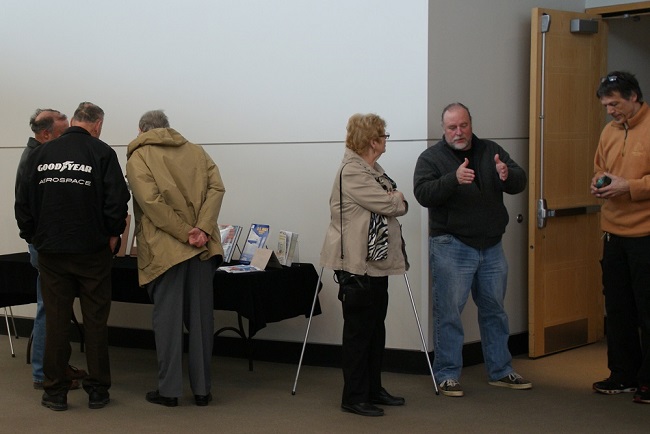 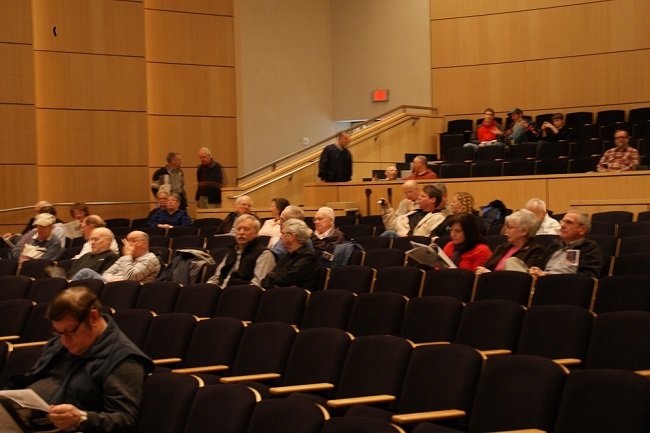 Auditorium fills as program is about to start 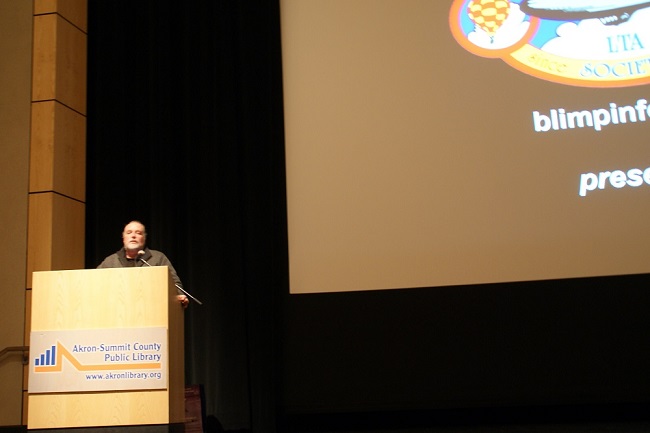 John Cunningham, Vice-Chairman of the LTAS Board of Trustees welcomes guests.

The slideshow was followed by a series of film clips of both events from period newsreels and U.S. Navy films with the some radio broadcasts made from the USS Macon. 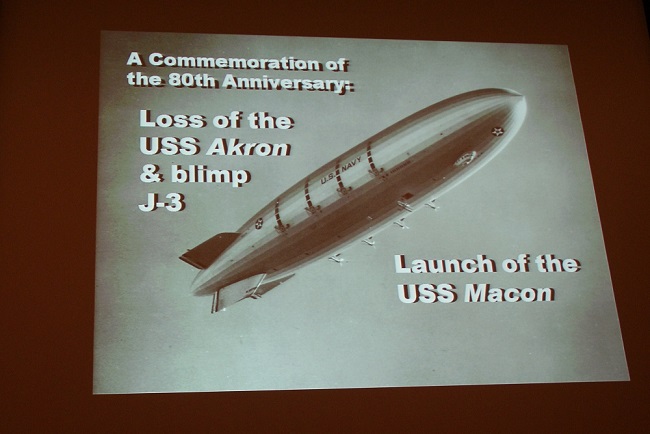 Opening slide of the program 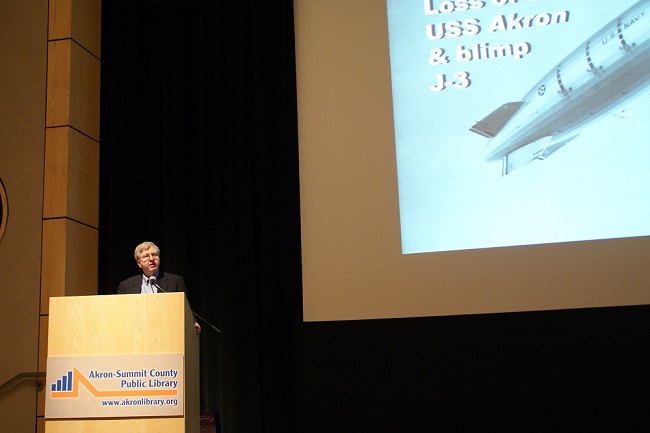 In addition to the audiovisual presentation there were displays of historic artifacts as well as photographs and some art relating to the airships. Also on display were several books from the Akron-Summit County Library’s Special Collection of Lighter-Than-Air Books. 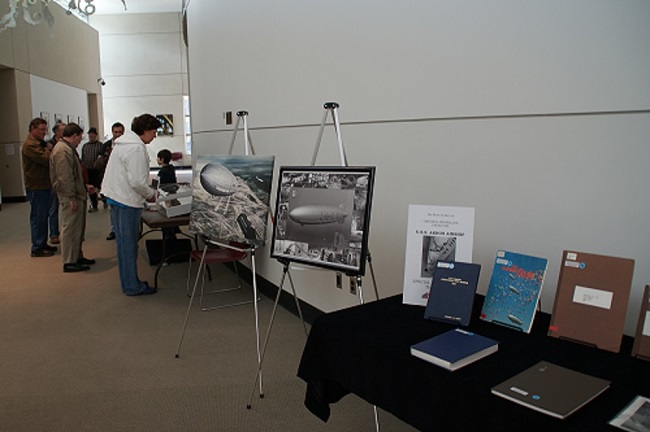 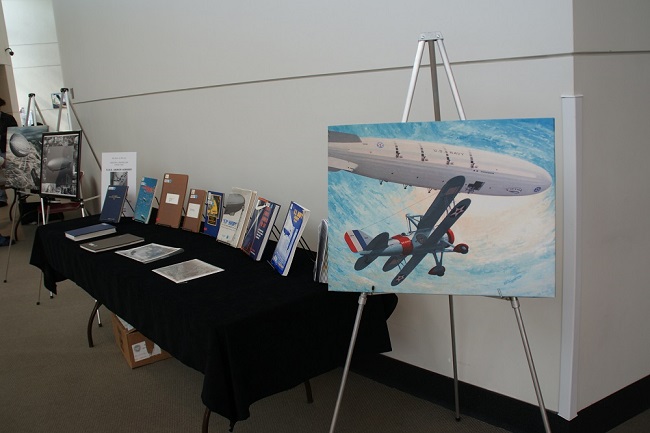 On display was an artists concept of a Sparrowhawk aircraft approaching the USS Macon in preparation for hooking on and being pulled into the hull of the airship. This flying aircraft carrier could house 5 aircraft inside its hangar deck

The highlight of the displays was a piece of one of the girders from the salvaged USS Akron. This item, which was just recently donated to the Lighter-Than-Air Society’s by Richard Plummer, was shown to the public for the first time and drew a lot of attention. 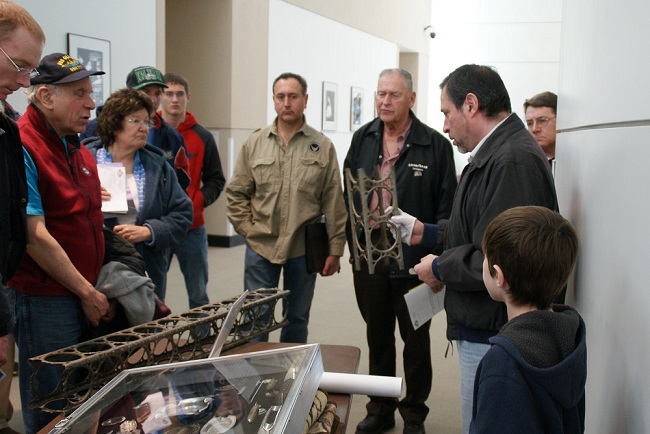 Wayne Buchanan, Co-Chair of the LTAS Artifacts and Exhibits Committee, shows the public a piece of a girder from the recovered remains of the USS Akron which was recently donated to the Lighter-Than-Air Society by Richard Plummer. On the table, another segment of a girder is displayed. This item from the Society’s collection is a surplus girder the Akron/Macon era and is used to demonstrate the light weight of the airframe of these airships.

The donation also included photographs taken by Lt. James A. Wallace USN who with his deep-sea diving team helped recover the wreckage of the USS Akron from the floor of the Atlantic Ocean.

On Thursday, April 4th, the Navy Lakehurst Historical Society held a ceremony to commemorate the loss of the USS Akron at the Grand Army Memorial Park’s Civil War monument in Manchester Township, Ocean County NJ. Click here to read more about this ceremony.