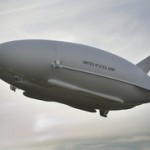 Comparing the effect of such a system on air freight to the advent of the 747 freighter in its day, Vice said that while there is “a lot of work to do” on the concept, the company has looked at promising technologies, and said that the company would continue the work — if it does so — in partnership with a large air freight hauler such as FedEx or UPS.

Another company official said that Northrop Grumman would disclose more details of the concept in the coming weeks. 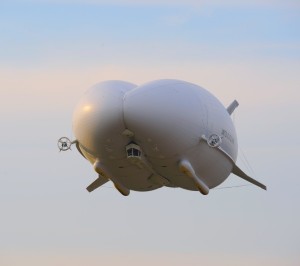 The company’s last airship venture, the U.S. Army-sponsored Long Endurance Multi-Intelligence Vehicle (LEM-V), was canceled in February after one test flight due to delays and cost overruns. The U.K.-based Hybrid Air Vehicles company, the airframe design partner on LEM-V, and its precursor, Airship Technologies Group, studied buoyant-lift craft with payloads up to 500 tons, and its designs were a strong influence on the Defense Advanced Research Projects Agency’s Walrus program that studied heavy-lift airships in the early 2000s.

Vice did not identify a specific technology partner for the new project, but did say that it was not California-based Aeros, which is working on a variable-buoyancy craft.

This entry was posted in Uncategorized and tagged LEMV, Northrop Grumman, unmanned airship. Bookmark the permalink.