Posted on March 3, 2012 by LighterThanAirSociety 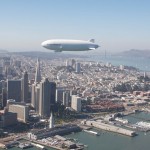 This spring NASA plans to test its first starshade—a disk-shaped screen that blocks light from the atmosphere to give astronomers a better view of distant planets. The only problem: To work, it’ll need to be lifted thousands of feet in the air and hover there for hours. How do you do that? You get yourself a blimp, of course. OK, actually a zeppelin. A really big one. Dubbed Eureka, the 246-foot zeppelin NT, which sports carbon-fiber struts and a nonflammable helium canopy, is longer than a Boeing 747. But despite its size, the airship is far more maneuverable than regular blimps thanks to a four-propeller vectoring system controlled by a joystick. That means the Eureka can change directions on a dime along any axis—and stay in place for up to two days. “Planet-hunting with a zeppelin? I never would have believed it,” says Webster Cash, lead scientist on the starshade experiment. “But this is the fastest way to learn with low cost.” 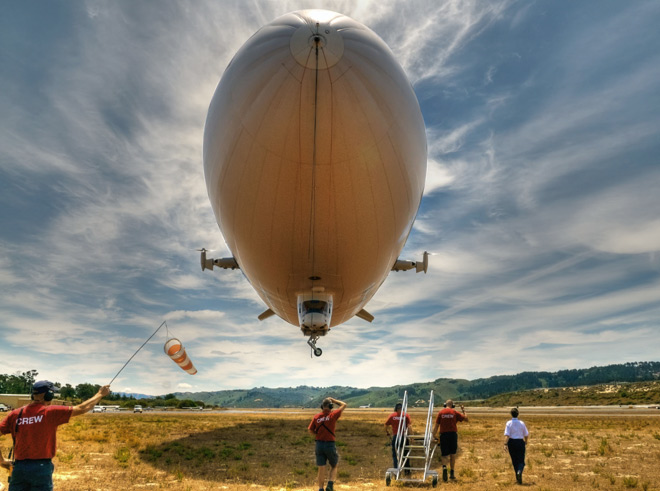 Others in lab coats are equally giddy about the Eureka. NASA plans to attach an air-quality monitoring “nose” to the ship, which will measure carbon emissions in Los Angeles and San Francisco. This wouldn’t be possible with a plane (too fast) or a helicopter (too bumpy), but the zeppelin can move with air gusts along a specific path. “Lower vibrations and the ability to fly lower and slower increase the quality of data we can collect,” says Brian Hall, the owner of Airship Ventures, which operates the craft. After that, the Eureka will be loaded with magnetometers to help the state of California scout for undiscovered fault lines, then outfitted with a gas analyzer to monitor methane emissions. There’s no jacuzzi, but sensors and starshades are how scientists pimp their blimp.