microbloon 2.0 soars to the edge of Space

Posted on July 12, 2013 by LighterThanAirSociety 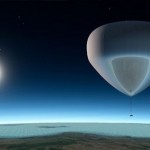 Barcelona-based  company zero2infinity  has successfully launched its newest prototype, the microbloon 2.0, to the edge of Space at almost 32km (105,000 ft.)  altitude, that is, above 99% of the mass of the atmosphere.

It was a major step in zero2finfinity’s mission to bring Space closer to society. Founder José Mariano López-Urdiales said: “It’s very exciting to be this close to flying people on bloon. The environmental conditions inside the pod remained comfortable at all times. The efficiency of the aviation safety agencies (AENA, AESA), local governments and especially the Spanish Air Force was key for this success. When everyone works together, anything can be achieved in Spain.” 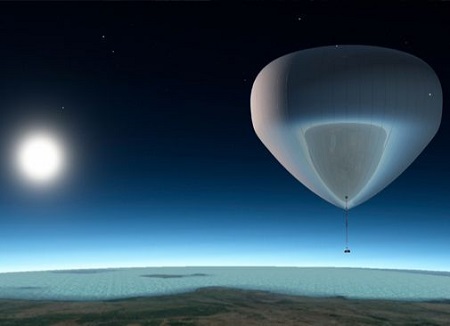 The microbloon 2.0, designed  by zero2infinity, is 2 m (6.5 ft.) in diameter and is a scale model of bloon, the commercial vehicle that is soon to take 4 passengers and 2 pilots to the edge of Space. On the flights, passengers will conduct scientific experiments at a fraction of the cost of other space missions and enjoy the view of the curvature of the Earth through the pod’s panoramic windows during the 2 hours spent at an altitude of 36 km (118,000 ft.). 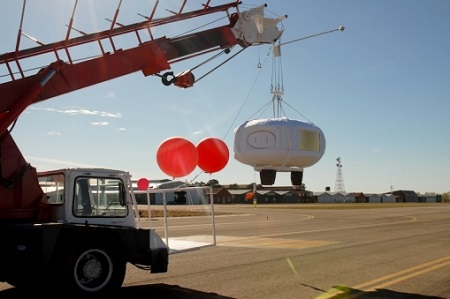 The passenger pod is prepared for lift off
Photo: Zero2infinity

On Monday 12 November 2012 at 5am (GMT), the whole team was ready at the airport of Virgen del Camino (León, Spain) to get all systems and equipment in flight position. At 12:15pm (GMT) inflation of the balloon started and at 1:10pm (GMT) the 43,000 cubic meter (151,800 cu. ft.) balloon was released and lifted the capsule gently for an hour up to 31.8 km (104,300 ft.). As planned, the balloon initially  flew south as it was ascending, then moved eastward during the 2 hours floating at 31.8 km, until it finally  initiated  a gentle descent with  parachutes and landed in Encinas de Esgueva at 5:10pm (GMT), where the recovery team was waiting and recovered the capsule and the balloon. 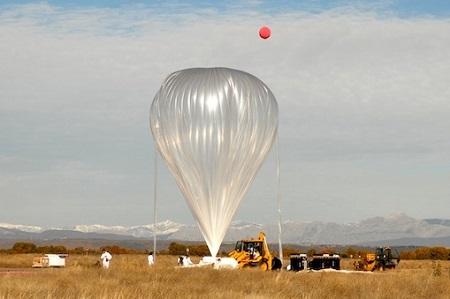 The inflated balloon is ready for ascent.
Photo: Zero2infinity 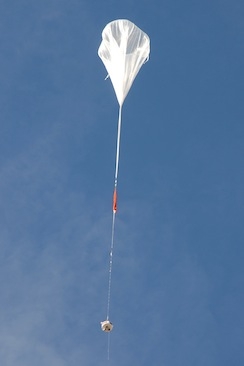 The ballon lifts off carrying the passenger pod.
Photo: Zero2infinity

Over  the  next  few months, all  data from  the  sensors will  be thoroughly scrutinized. The first  results show that  the temperature inside the capsule remained above 15ºC (59ºF) throughout the flight, with 20% humidity. The pressure remained stable between 900 and 950mb, which is equivalent to the pressure experienced at 1000 m (3,280 ft.) above sea-level. The trajectory prediction was flawless. The pilot was an android kindly provided by the robotics group of the University of León.

Steven Peterzén (The ISTAR Group) is the leading expert in stratospheric balloons who orchestrated the preparation, launch and recovery. The weather forecast and trajectories were calculated by Pierre Dedieu, a meteorologist with years of experience with  CNES’s (the French Space Agency) high  altitude balloon program. Back in the 90s, CNES were launching their balloons from the same air force base in León. 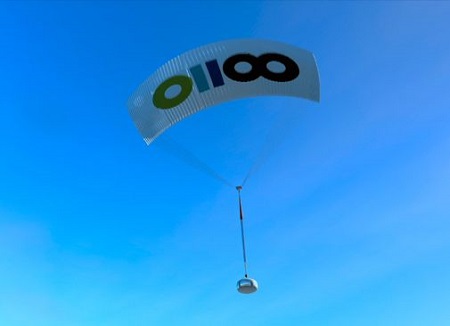 The passenger pod is carried back to earth using a parafoil.
Photo: Zero2infinity 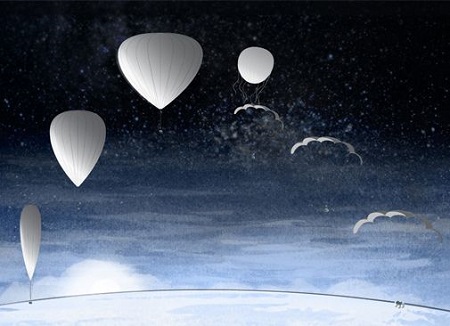 The passenger pod is carried to 118,000 feet by a 152,000 cu. ft. helium balloon. After remaining there for about two hours, the pod is released and is carried back to earth by means of a parafoil.
Photo: Zero2infinity

View a video of the November 12, 2012 test flight of the microbloon.

This entry was posted in Uncategorized and tagged high altitude helium balloon, microbloon. Bookmark the permalink.