Posted on August 6, 2013 by LighterThanAirSociety 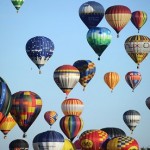 Two world records were broken in just two days during an international meeting of hundreds of hobbyists near Paris.

A hot-air balloon festival at a former NATO airfield in eastern France broke two records in as many days this week — first by sending up 408 piloted balloons in an hour, then by lining up 391 balloons on the runways and sending them up together. 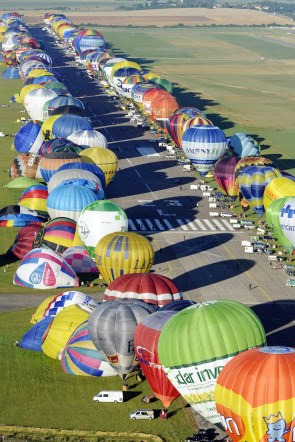 Balloons lined up along the runway in preparation for lift off.
Photo: AP Jean Christophe Verhaegen, Pool

The sound of hundreds of gas burners blasting simultaneously is extraordinary, said Denis Martignon, a pilot who flew both days. “It was an impressive wall of balloons,” he said.

The annual Lorraine Mondial Air Balloons is organized by a descendent of 18th-century aeronautics pioneer Jean-Francois Pilatre de Rozier, who took up the family hobby.

Philippe Buron Pilatre has been piloting balloons since 1979. “My father flew. My son flies. My brother flies. Someday, my grandson might fly,” he said Friday. 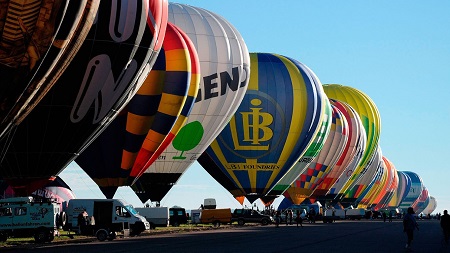 More than 400 hot air balloons prepare to take off in Chambley-Bussieres, eastern France, on July 31 in an attempt to set a world record for collective taking off during the event “Lorraine Mondial air ballons”, an international hot-air balloon meeting.
Photo: Rex Features: POL EMILE/SIPA 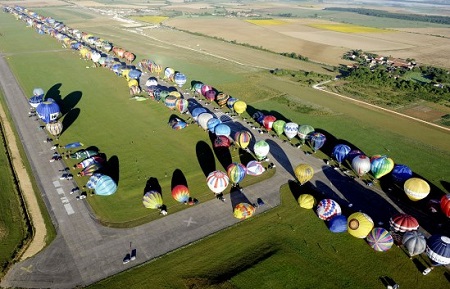 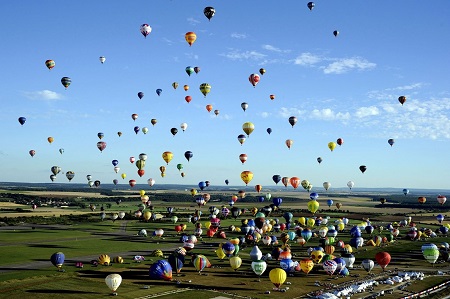 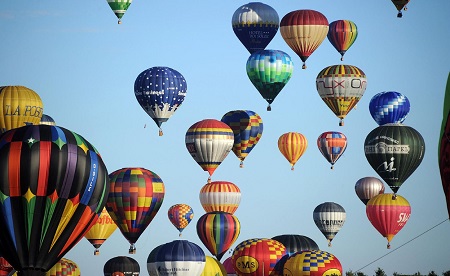 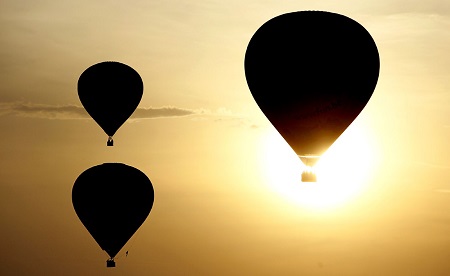 Click here to see a gallery of pictures of the event from the Daily Mail.