Posted on January 8, 2013 by LighterThanAirSociety 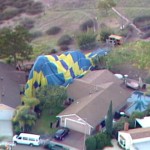 A hot air balloon crash landed in the back yard of a Rancho Penasquitos home on Monday afternoon, just moments after a local couple exchanged wedding vows.

According to San Diego Fire-Rescue Department spokesman Maurice Luque, the balloon landed in the back of a home on Calle de los Ninos at Avenida De La Cantina shortly after 4:45 p.m. 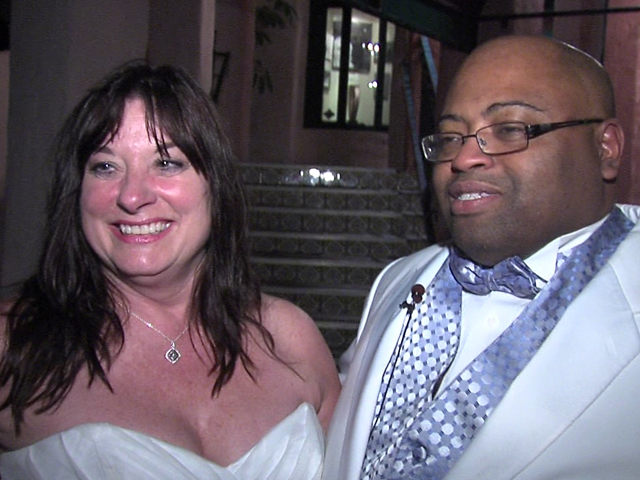 Kerin and Jonathan Narcisse had just exchanged their wedding vows thousands of feet in the air.

Shana Pergande, one of the six loved ones witnessing the wedding, did not skip a beat recording the entire crash landing with her cellphone.

Luque told 10News 13 people were inside the basket of the balloon when it landed. One of the balloon’s occupants suffered a minor back injury and was transported to Pomerado Hospital as a precaution. No other injuries were reported. 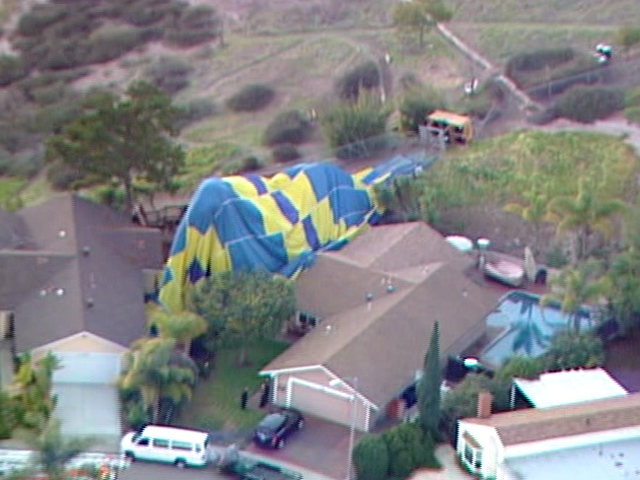 The deflated blue-and-yellow balloon wound up draped over a tree and part of a home but caused no known property damage, according to Luque.

Later, at their reception in La Jolla, the newlyweds explained what happened. 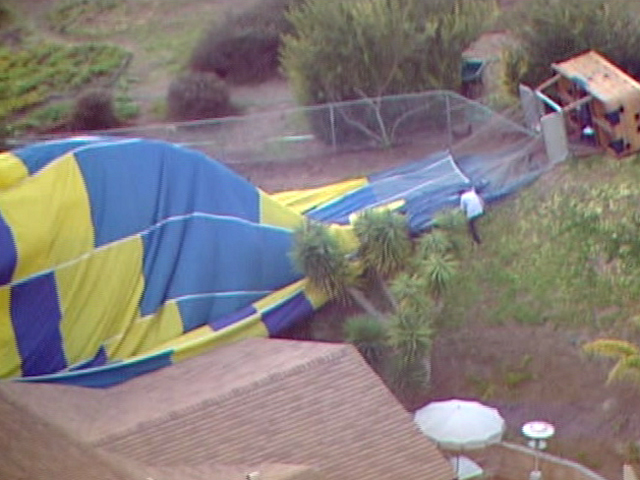 “The first couple times he tried to land, we floated over,” said Kerin.

Jonathan added, “We kept missing landing spots. Next thing you know, we’re descending and I’m thinking, ‘How is he going to land here’ because there’s no place to land. And of course he hit the fence, but we hit and we skidded and then we bounced.” 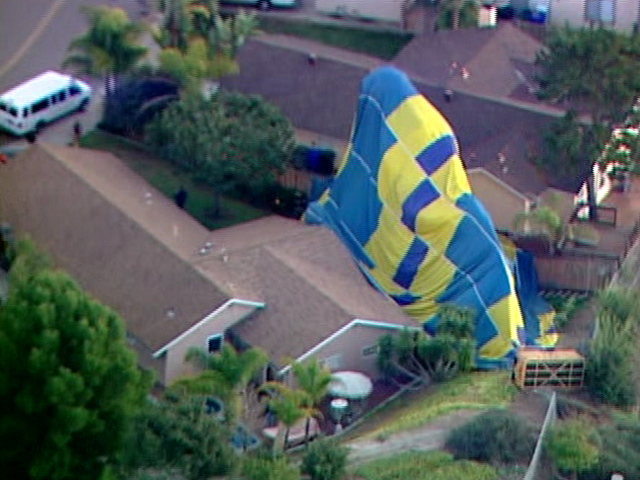 “I got a little worried when we hit the fence and I thought, ‘Well, if the fence doesn’t stop us then we’re going down this hill,'” Kerin said.

There is plenty of irony behind this matrimony. 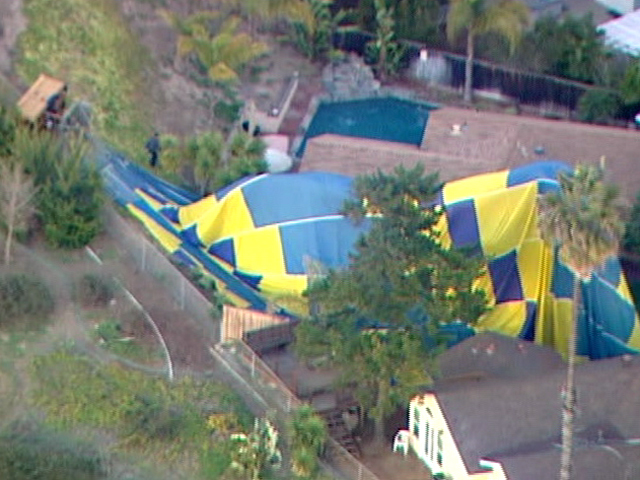 “I told him if I ever got married again I had to get married in a hot air balloon,” said Kerin.

But Jonathan, an editor and publisher from Iowa, is deathly afraid of heights.

Yet he agreed, saying it was a testament of his love. 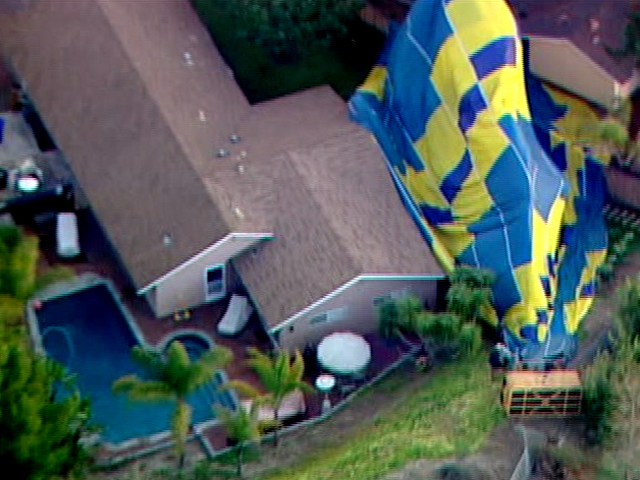