Bayer is celebrating its 150th anniversary both on the ground and in the sky, with a stately airship

Posted on January 6, 2013 by LighterThanAirSociety

Floating lightly in the sky requires solid workmanship on the ground, first. Ralf Kremer and Johannes Pröfrock have assembled no less than 123 tubes made of aircraft steel in recent weeks to construct the frame of the gondola for the anniversary airship. 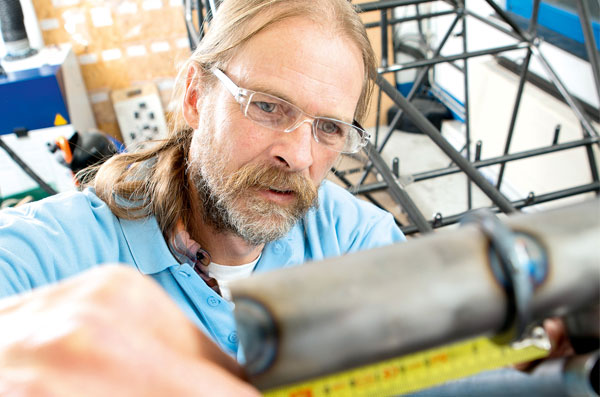 Made to measure – Michael Abold measures tubes for the gondola

“Things start getting complicated in spots where several tubes meet. The end of a tube in this case must have up to five fitted elbows,” Kremer explains. With precision work of this kind, the cutting machine is occasionally inadequate, and the experienced carpenter and airship pilot is forced to grab a file. 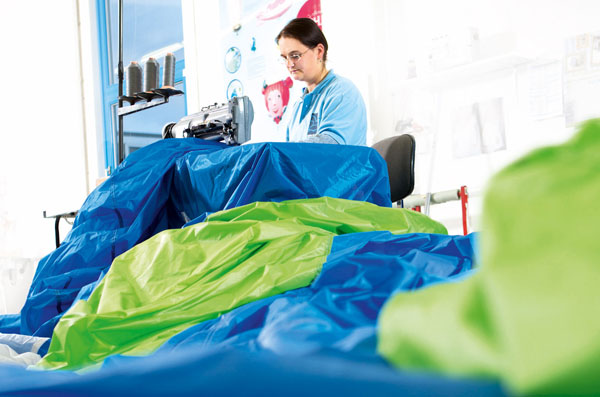 The seamstresses (here, Marita Kochs) need 800 hours to process some 1,300 meters of fabric for the airship 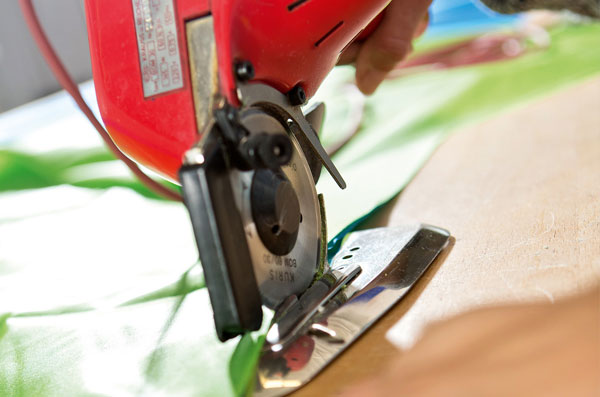 Cutting the material demands an eye for detail

All the tubes are now temporarily connected. “A nice example of statics,” Kremer says, rapping on the gondola’s frame. Over the next few weeks, it will be turned into an elegant airship for Bayer. With it, Bayer will be visible in the sky worldwide at its major locations – over the Sydney Opera House, over the Corcovado in Rio de Janeiro and possibly even over the Statue of Liberty in New York City. Further appearances are planned in Shanghai and Tokyo. 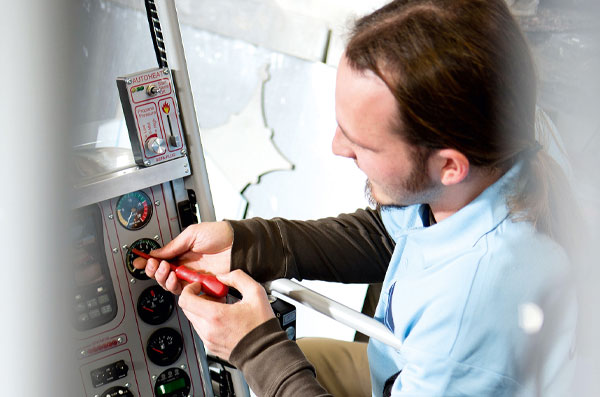 But right now, the gondola frame is still lying on the floor upside down, and a layperson can only guess where the front and back are, or where the benches and two-cycle engine will be installed when it is finished. Kremer and his coworkers are now wrapping numerous straps around the steel tubes to mount various pieces of equipment. After that, the gondola frame will be taken away for welding. “Special welding methods exist that are approved for the special safety requirements in aviation,” explains Wolfgang Hassa, Head of Technical Sales and Production at Gefa-Flug. 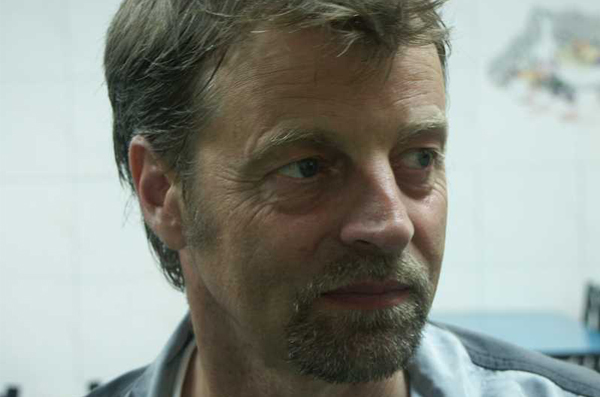 The schedule for the zeppelin in Bayer blue and green is tight: The test flight is supposed to take place in January. On February 28th, the imposing advertising platform emblazoned with the Bayer cross and the slogan “Science For A Better Life” is to be unveiled at the Spring Financial News Conference in Leverkusen. In March, the airship will be packed up and flown to Sydney, where it will make its first appearance.

Facts about the Bayer airship 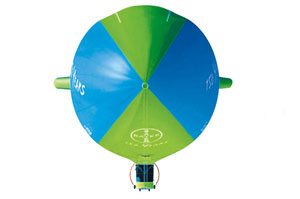 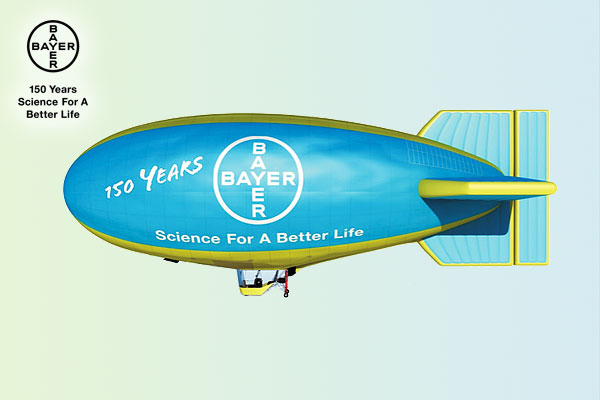 Envelope
The “Hyperlast” material is made of silicone-coated nylon fabric, and weighs 110 grams per square meter (0.7 oz per ft2); labor: 800 hours.