Posted on September 4, 2013 by LighterThanAirSociety 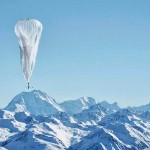 Google has been running pilot tests of its Project Loon providing Internet connectivity via a fleet of helium balloons in New Zealand since June.

Run by Google X, the Internet giant’s futuristic arm, the Loon Project is aimed at providing Internet access to remote areas of the South Pacific Ocean that, so far, have been largely off-line. 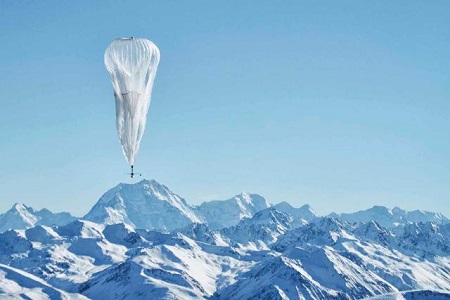 Since June 2013, Google has been running a pilot test of its Project Loon, providing Internet connectivity via hot-air balloons
Photo: Engineering and Technology Magazine

Thirty 12m-tall solar-powered balloons designed to reach the stratosphere were launched on 9 June from New Zealand’s South Island. Since then, the fleet has been drifting in the slow stratospheric air currents, twice as high as the highest clouds and the altitude of air-travel.

Travelling at the speeds of 8 to 30km/h, the balloons are being guided by software algorithms to move up and down the stratospheric layers depending on which direction they are required to move.

The balloons are beaming down 3G-like wireless speeds to ground-based antennas, which spread the signal further to pilot users.

Google says the experience of the testers would help to refine the next phase of the project and shape its future. Loon’s ultimate goal is to keep the fleet of balloons on the edge of space permanently as an airborne Internet-providing infrastructure. However, analysts say the company will face many regulatory challenges.

The Loon Project is one of several daring ideas funded through Google X. Analysts have suggested Google’s efforts to boost fast Internet connectivity are directly related to its business ambitions to support its online services, such as YouTube, which haven’t yet unlocked their full commercial potential.