Posted on November 14, 2011 by LighterThanAirSociety 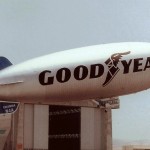 SUFFIELD, Ohio, November 14, 2011 – The Goodyear Tire & Rubber Company is making another significant gift to the Smithsonian National Air and Space Museum Tuesday – the second in two years – with the donation of the Goodyear blimp gondola, or car C-49.

The C-49 car goes to the Smithsonian on the heels of last year’s donation of a lifeboat used on the 1911 airship, Vaniman’s Akron, which utilized Goodyear’s first airship envelope. 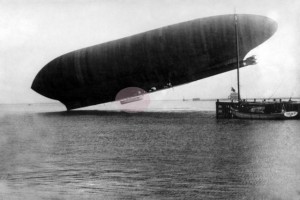 The Airship Akron, circa 1911, with the lifeboat attached. (Credit: Goodyear) 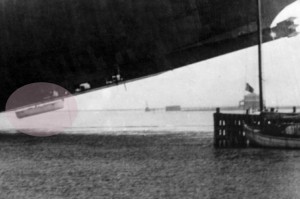 Detail of the 1911 Airship Akron with the lifeboat attached to it. (Credit Goodyear)

“The C-49 is a welcome addition to our collection as it fairly represents the scope of military and commercial roles played by the Goodyear blimps,” said Tom Crouch, the Museum’s senior curator of aeronautics.  It will have a place of honor, joining the control car of the first Goodyear blimp, Pilgrim, in the National Air and Space Museum’s Steven F. Udvar-Hazy Center in Chantilly, Virginia. 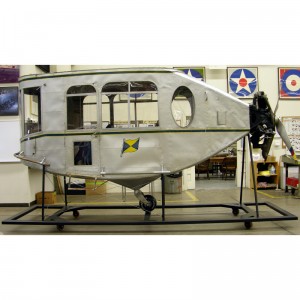 Gondola from the Goodyear blimp Pilgrim on display at the National Air and Space Museum. (Credit: NASM)

“The C-49 has a rich history within the Goodyear blimp fleet and with the U.S. Navy and we are very proud it has been accepted by America’s most prestigious repository for aeronautical history, The Smithsonian National Air and Space Museum.” said Nancy Jandrokovic, Goodyear’s director, global airship operations. 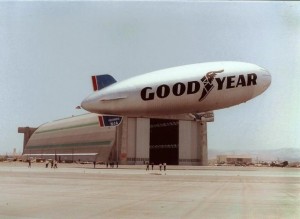 Since its founding in 1898, Goodyear “has been focused on providing superior performance and this one of protecting our troops on duty is especially notable and dear to us,” she added.

The C-49 was first put into service as the Goodyear blimp Enterprise on August 23, 1934. For the next eight years it flew the Goodyear brand and company guests over scores of large and small towns such as Detroit; Washington, D.C.; Chicago; Louisville, Kentucky; and Allentown, Pennsylvania.

In 1942, like some active Goodyear blimps, the C-49 was sold to the U.S. Navy and designated L-5 where it served until 1946.  Goodyear made and supplied hundreds of airships to the U.S. Navy during World War II.  The Navy used airships for submarine patrol during naval convoy deployments, coastal and inland patrol and trainers.  When used on convoy escort duty, the Navy never recorded losing a ship.

Following the war, Goodyear repurchased C-49 and stored it as a spare in the company’s airship hangar at Wingfoot Lake in Suffield, Ohio. The car was rebuilt in 1969 and put back into service as the Columbia N4A in 1975.

From 1975 to 1986 Columbia N4A was a shining jewel for the Goodyear blimp fleet. It flew tens of thousands of Goodyear customers and thousands of hours of night sign messaging.  As are all the Goodyear blimps, it was a celebrity on television, working with all three of the major networks ABC, CBS and NBC.  “If only it could talk to us,” Jandrokovic said.  ”This blimp car flew over major sporting events such as the 1977, 1980, 1983 and 1985 Super Bowls; the 1981 and 1984 World Series; Rose Bowl games and parades as well as the 1984 Summer Olympics in Los Angeles, California.”

The Columbia N4A C-49 car was permanently retired in 1986 and once again stored at the Goodyear blimp base in Suffield, Ohio.  It makes its final journey to the Smithsonian on Tuesday.

Goodyear owns and operates three airships in the United States and frequently leases airships in other countries around the world. 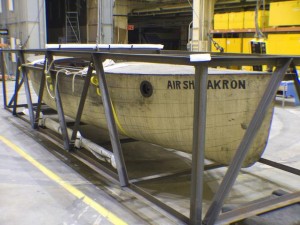 The Airship Akron lifeboat as it looked sitting in the Goodyear Tire & Rubber Company's blimp hangar in Suffield, Ohio, crated, before being shipped to the Smithsonian National Air and Space Museum. (Credit: Goodyear) 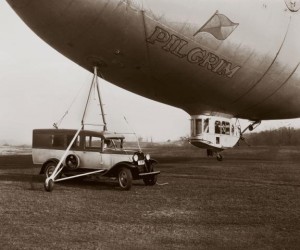 Goodyear's Pilgrim, built in 1925, was the first commercial non-rigid airship flown using helium. With a landing wheel replacing bumper bags and the first passenger car held flush against its bag by internal cables, Pilgrim's contributions to aeronautics were recognized by the Smithsonian Institution, which exhibited the airship as a milestone in aviation progress. The mast, called a belly mooring, was an experimental portable design developed in 1930 to enable cross-country operations independent of permanent hangars. (Credit: Goodyear)